If the shoe fits: Papal remarks on immigration apply to U.S., too 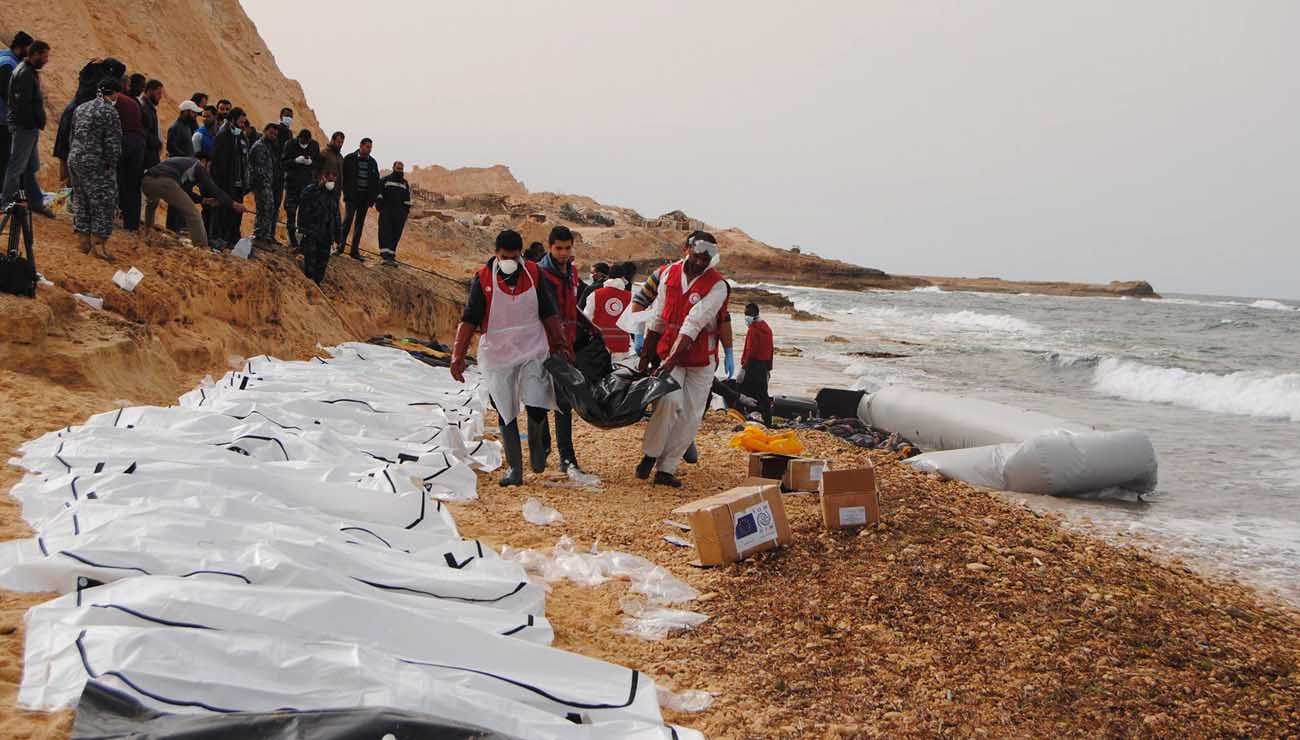 VATICAN CITY (CNS) — When Pope Francis affirms basic Christian principles, he is not singling out one person or nation, but he definitely is not excluding them either.

The ongoing global migration and refugee crisis is a case in point.

The United States is not the only country engaged in a heated political debate over immigration policy with often opposing voices focusing on: ensuring the country’s security; regulating numbers based on the resources available to resettle them; or living up to an ethical obligation — and often a legal one, according to international treaties — to shelter people fleeing violence and persecution and to welcome those seeking a more dignified life for themselves and their families.

While the pope’s remarks on welcoming migrants and refugees cannot be read as focused on the U.S. debate, one also cannot pretend they have nothing to do with it.

The new Migrants and Refugees Section of the Dicastery for Promoting Integral Human Development “regularly informs the Holy Father about events that touch on the issue of migration, including the current debate underway in the United States of America,” Scalabrinian Father Fabio Baggio, undersecretary of the office, told Catholic News Service Feb. 22.

Pope Francis, he said, supports the position expressed by the U.S. bishops, which emphasizes openness to newcomers and a comprehensive reform of U.S. immigration policy.

The bishops, like Pope Francis, have never denied the right and duty of governments to regulate immigration. But, in many cases, Pope Francis sees something much less noble — selfishness — behind much of the anti-immigrant rhetoric.

“Faced with this kind of rejection, rooted ultimately in self-centeredness and amplified by populist rhetoric, what is needed is a change of attitude, to overcome indifference and to counter fears with a generous approach of welcoming those who knock at our doors,” the pope said Feb. 21 in a speech.

Days before making that speech to participants in the International Forum on Migration and Peace, Pope Francis already had hit a nerve on the migration issue with his Twitter account.

“How often in the Bible the Lord asks us to welcome migrants and foreigners, reminding us that we too are foreigners!” he tweeted Feb. 18.

Many of the comments on his reminder of the Biblical obligation to welcome the stranger were not favorable, running the gamut from instructing the pope to “back off” and stay out of politics to asking him how many migrants and refugees the Vatican has welcomed.

The @Pontifex Twitter account does not reply to comments. But Pope Francis has responded to similar comments in the past, pointing out that living the Gospel in the real world often will have political or social consequences. And he has, in fact, taken in refugees.

While Pope Francis and the Vatican are providing food, shelter and support to some 30 refugees — mostly Syrians, but also a family from Eritrea — “you cannot calculate the Catholic Church’s welcoming of migrants simply by counting how many asylum seekers are hosted by the Vatican, a state with 572 citizens, of whom only 444 are residents,” Father Baggio said. “The pope leads a church that goes beyond every national boundary and works on behalf of millions of migrants and refugees around the world, in many cases filling the gaps left by the institutions charged with caring for them.”

While the pope’s comments and actions have a political impact, he is not trying to dictate a country’s immigration regulations.

“The pope gives a broad baseline of what should guide and animate immigration policy, then as he has said, every country must mold and articulate these indications for its own situation,” Cardinal Pietro Parolin, Vatican secretary of state, told reporters Feb. 21. “But, certainly, the basic dimension must be that of welcoming. Welcoming is the only Christian attitude, an attitude that also is fundamentally the humane one.”

Nations, he said, must do everything possible to save human lives and protect human dignity, which means accepting asylum seekers and creating channels for legal immigration.

When talking about migration, Father Baggio said, Pope Francis knows countries must “evaluate, on the basis of real data, the impact welcoming migrants will have on the common good they must seek for their constituents.”

But, he pointed out, “historically when faced with serious human tragedies, great countries never turned their backs (on people fleeing), and their commitment to solidarity always abundantly repaid their small sacrifices.”