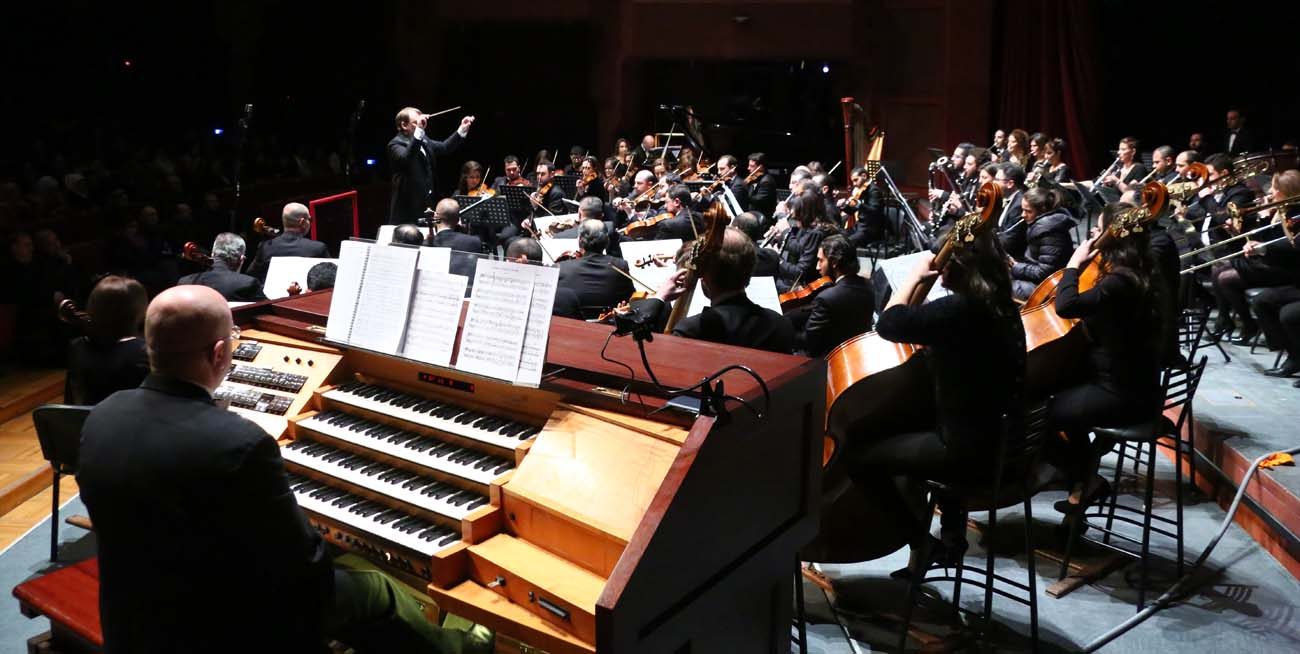 AMMAN, Jordan (CNS) — A famed Italian Catholic cathedral organist is believed to have been the first Western musician to perform in Syria since the start of the civil war nearly six years ago.

“It has been awesome. It was something unbelievable,” Eugenio Maria Fagiani told Catholic News Service by phone of his recent performances in the Syrian capital, Damascus.

“It has been a great privilege to make music with people so passionate, so full of life and joy,” Fagiani said of the camaraderie shared with members of the Syrian National Symphony Orchestra and its maestro, Missak Baghboudarian.

Together they performed Joseph Jongen’s “Symphonie Concertante” and Camille Saint-Saens “Symphony No. 3” at the Damascus Opera House Feb. 9.

“I chose these pieces (because) they make people feel really joyful,” Fagiani said, remarking of the 1,100-person packed audience. The concert was recorded and is expected to be broadcast in Syria.

“I was welcomed by these colleagues with such a warm feeling that I will never forget,” the organist said of the experience. “This moment will be forever part of my heart.”

The following day, Fagiani played at St. Anthony’s Latin Church in Damascus, at the invitation of Cardinal Mario Zenari and the parish priest, Father Fadi. Both concerts initiated the first Syrian Pipe Organ Festival, sponsored by the Franciscan Custody of the Holy Land. 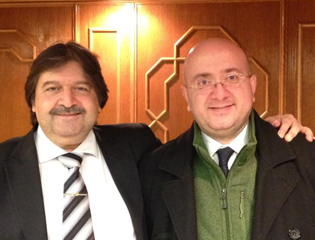 A native of the northern Italian town of Bergamo, Fagiani is formidable in the world of international sacred organ music and is recognized for his composition and improvisation.

In Italy, he collaborates with the Orchestra Sinfonica di Milano Giuseppe Verdi and is also the cathedral organist in the town of Arezzo, especially playing services during which a bishop or archbishop presides. He regularly performs in Europe, the U.S. and Canada.

Initially, Fagiani was concerned about traveling to Syria, especially with its security situation as reported in the media. For that reason, he said, he did not inform his loved ones about the trip. But he soon discovered Damascus to be calm and quite tolerant, he told CNS. When he slipped into a large mosque for a visit, “nobody looked at me strangely,” he said.

“I walked easily in Damascus without any problems or danger. There are a lot of checkpoints, a lot control, but you feel safe in that way,” he added.

However, in other parts of Syria, government troops and rebel forces of various political stripes are engaged in heavy battles for the country’s future. The United Nations said the conflict has killed more than 300,000 people and displaced almost half of the Syrian population. The U.N. said another 600,000 people remain under siege by both by the Syrian military and rebel and jihadist groups.

Fagiani said he found that the devaluation of the Syrian currency coupled with high prices for fuel and other goods as well as electricity shortages have made life even for Syrians living in Damascus more difficult.

“This mission is bigger than us,” Fagiani said of the need to try to restore normalcy to ordinary Syrians. “The culture minister provided us with an extra two hours of electricity to ensure the concert at the church could happen.”

The concerts were co-sponsored by Syrian Culture Minister Mohammed Al-Ahmed, the Damascus Opera House and the Higher Institute of Music in Damascus.

Fagiani has also performed at various church-organized organ festivals, including in Egypt, Lebanon and Jordan. Last October, he played at the reopening and dedication of the Memorial of Moses at Mount Nebo, Jordan, the site where Moses is believed to have seen the Promised Land and died.

“The culture minister and Cardinal Zenari told me that the concerts were a big gift for them,” Fagiani said. “They’ve opened doors. I hope that others will follow in my steps.”

NEXT: Respect indigenous peoples and their land, pope says