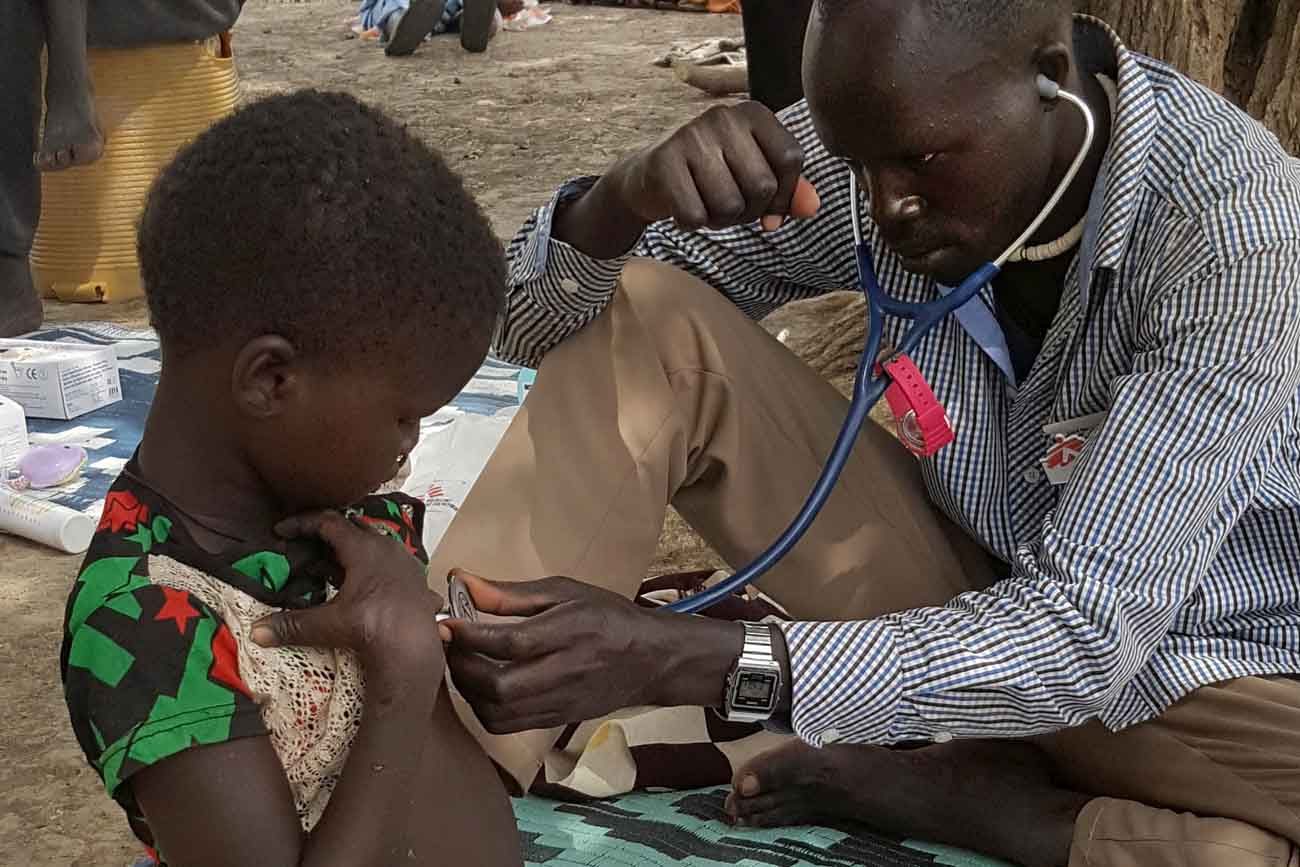 VATICAN CITY (CNS) — Pope Francis appealed for humanitarian assistance to South Sudan where famine threatens the lives of millions of people already suffering due to a three-year civil war.

In the “martyred South Sudan,” he said, “a fratricidal conflict is compounded by a serious food crisis, which has struck the Horn of Africa and condemns millions of people to starve to death, among them many children,” the pope said.

At the end of his weekly general audience at the Vatican Feb. 22, the pope said that a solid commitment from the international community to assist South Sudan is crucial “now more than ever.”

The United Nations Feb. 21 declared a famine in two counties of South Sudan, adding that the catastrophic food shortages will continue to spread, threatening millions of lives.

Civil war has destabilized the world’s youngest country for more than three years due to a political power struggle between President Salva Kiir and former Vice-President Riek Machar.

Despite efforts to hold off the famine, she added, “there is only so much that humanitarian assistance can achieve in the absence of meaningful peace and security, both for relief workers and the crisis-affected people they serve.”

Pope Francis urged governments and international organizations to “not stop at just making statements,” but take concrete steps so that necessary food aid “can reach the suffering population.”

“May the Lord sustain these, our brothers and sisters, and those who work to help them,” Pope Francis said.