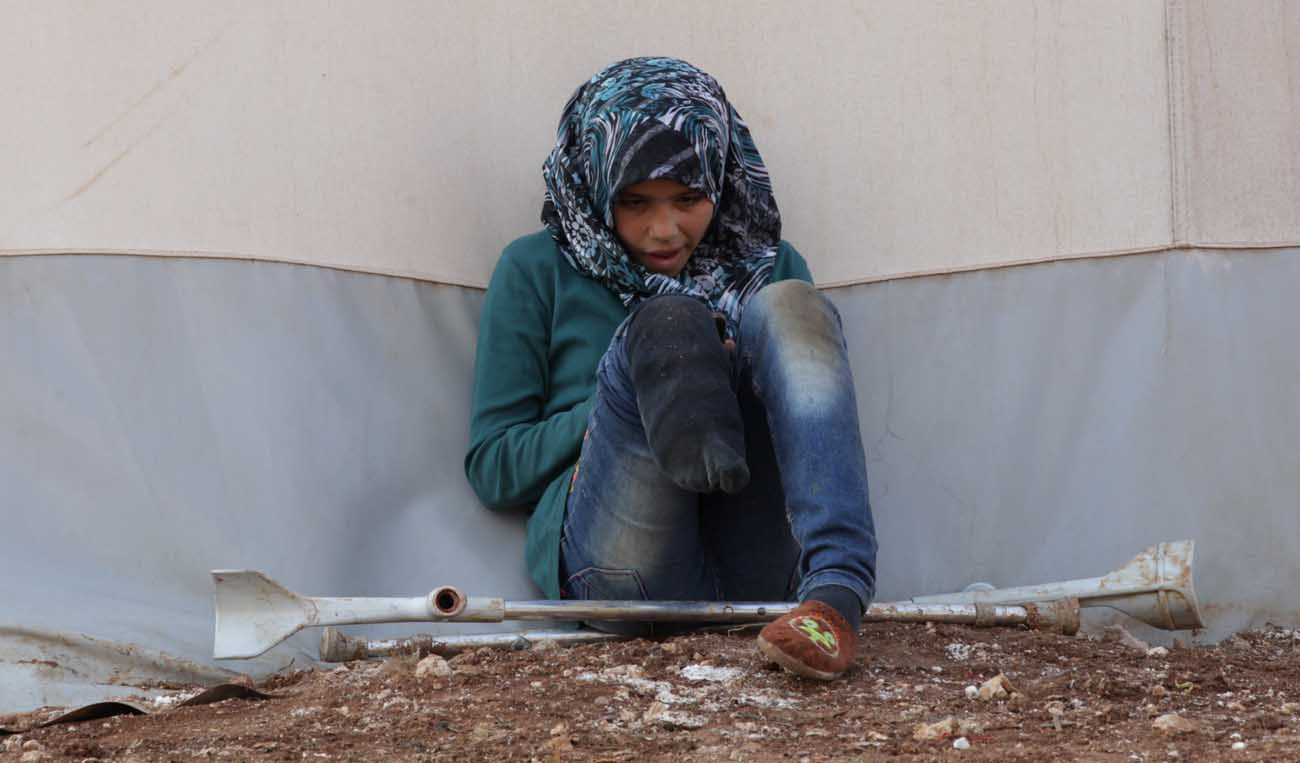 A Syrian girl with an amputated leg sits outside a tent Jan. 19 at Syria's Bab Al-Salam camp for displaced in Azaz, near the Turkish border. When it comes to helping the poor, the marginalized and refugees, Pope Francis urged Catholics not to mimic the "Mannequin Challenge" by just looking on, frozen and immobile. (CNS photo/Khalil Ashawi, Reuters)

VATICAN CITY (CNS) — When it comes to helping the poor, the marginalized and refugees, Pope Francis urged Catholics not to mimic the “Mannequin Challenge” by just looking on, frozen and immobile.

The video version of his prayer intention for February begins with a street scene of people doing a “Mannequin Challenge,” the viral internet craze in which people freeze while music plays in the background.

The prayer intention and “The Pope Video” illustrating it are distributed by the Pope’s Worldwide Prayer Network, formerly known as the Apostleship of Prayer.

The intention the pope chose for February is: “That all those who are afflicted, especially the poor, refugees and marginalized, may find welcome and comfort in our communities.”

“We live in cities that throw up skyscrapers and shopping centers and strike big real estate deals, but they abandon a part of themselves to marginal settlements on the periphery,” the pope says in the video. “The result of this situation is that great sections of the population are excluded and marginalized: without a job, without options, without a way out.”

“Don’t abandon them,” the pope pleads.

The video image then shows the previously mannequin-like actors reaching out to help a young man who was shivering against a building.

“Pray with me,” the pope says, repeating the prayer intention that people would find “welcome and comfort in our communities.”