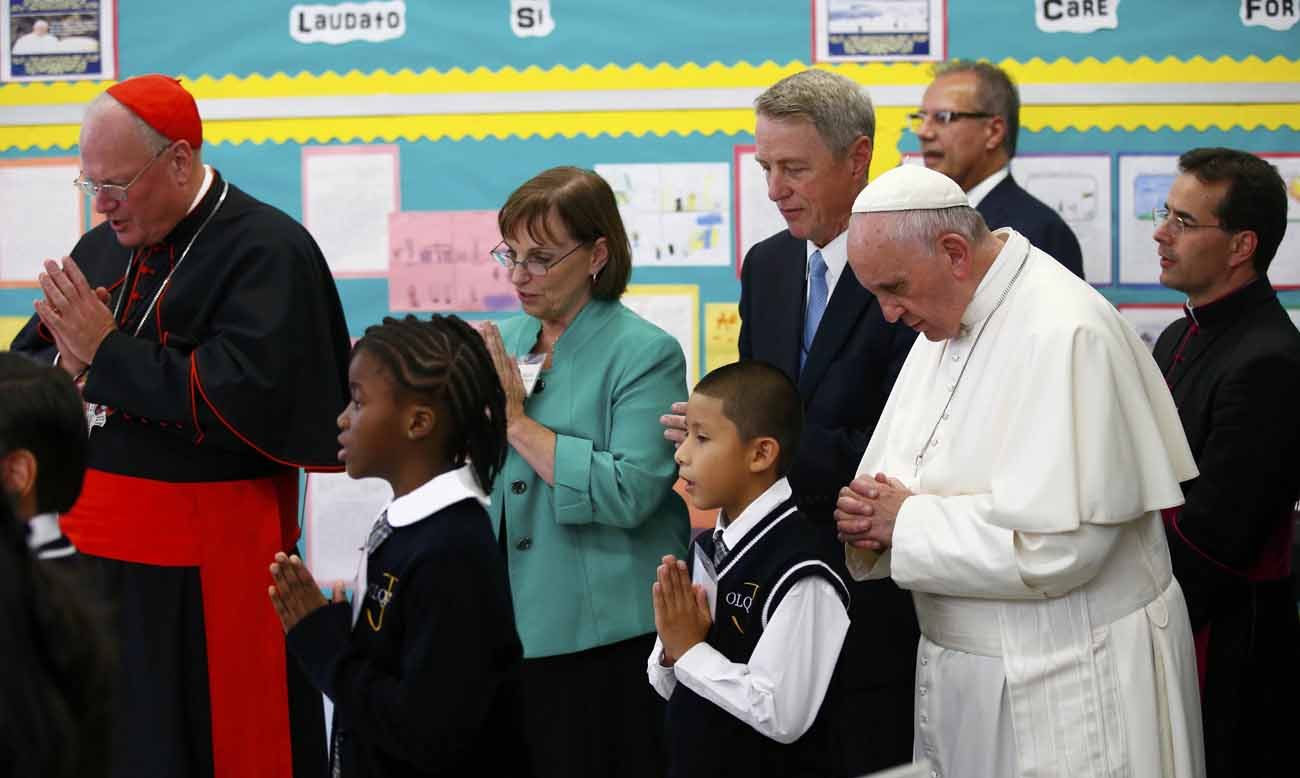 Writing in a column for The Wall Street Journal March 9, Cardinal Dolan said he hoped that the president would “push Congress to make scholarship tax credits available to working-class families.”

The cardinal called for rapid action in Congress so that families can benefit as soon as possible from having a choice on where to send their children to school.

Under a nationwide tax credit program parents can opt to send their children to private schools, the cardinal wrote, noting that 97 percent of Catholic high school students in the Archdiocese of New York graduate in four years and 95 percent attend college.

The column cited the benefits of one such program, the Florida Tax Credit Scholarship program, for 300 students who attend St. Andrew Catholic School in Orlando, Florida, which Trump visited March 3 to announce his support for school choice. Statewide, nearly 98,000 children from low-income families attend parochial or private schools under the program.

Cardinal Dolan wrote that scholarship tax credits “help advance educational and economic justice. They strengthen society by creating opportunity for those who might not otherwise have it.”

He also cited a report in the Peabody Journal of Education in 2016, which reviewed 21 studies on the effect of school choice on test scores of students not participating in such a program. The authors found that in 20 of the studies, the competition from private schools led to improved test results for students in public schools.

The column concluded that taxpayers save money under school choice programs because school overcrowding and costs are reduced.

“Public school classrooms would not be able to handle the considerable influx of children if Catholic and other religious schools closed. We save the public money, and we educate children just as well, if not better, for half the cost when you compare Catholic school tuition with public school spending per pupil,” Cardinal Dolan wrote.

An effort to pass a school choice bill in New York failed in 2012 despite bipartisan and labor union support and again in 2015 because of teacher union opposition, the column said, and therefore, a national solution “is needed to bring relief to families who need it.”

“The Catholic Church has always stood in solidarity with the poor and vulnerable and our most effective charitable ministry is our schools,” he wrote. “A high-quality, values-based education is simply the surest path out of poverty.”

NEXT: Effort to rescue Blessed Sacrament in fire recalled as act of great faith