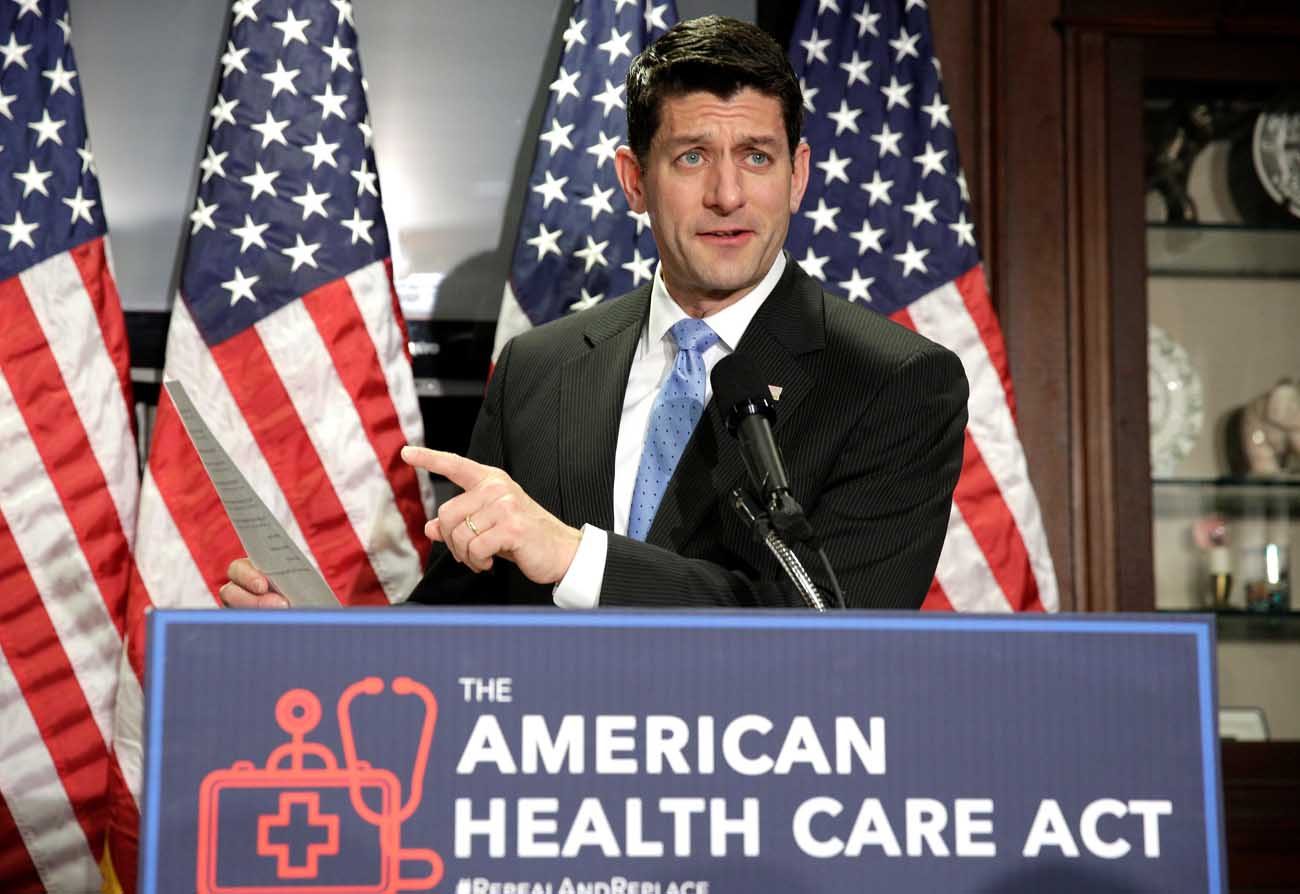 WASHINGTON (CNS) — Democrats, once they controlled both houses of Congress and the White House, needed more than a year to piece together the elements to pass the Affordable Care Act with a veto-proof 60-vote majority in the Senate in 2010.

The Republicans, now that they control both the executive and legislative branches of government, indicated it could take until next year to pull together a bill to repeal the Affordable Care Act. However, once it was introduced in the House March 7, the American Health Care Act has moved with astonishing speed.

Needing the approval of four House committees before it goes to the full chamber, the bill has been approved by two of those committees in two days — even before the nonpartisan Congressional Budget Office can weigh in with its “score” of the bill that projects its costs and benefits — putting the measure on pace to reach the House floor before the end of the month.

And in a March 9 news conference, House Speaker Paul Ryan, R-Wisconsin, said the bill is intentionally crafted in such a way so that it cannot be filibustered in the Senate, where the GOP has a 52-48 majority, and where only 40 votes can doom a bill.

Speed, though, does not necessarily mean popularity.

While the bill’s backers call the American Health Care Act a “repeal and replace” measure, Sister Simone Campbell, a Sister of Social Service who leads the Catholic social justice lobby Network, called it “repeal and destroy health care” in a March 8 email to Catholic News Service from Rome, where she was speaking at a Vatican conference for International Women’s Day.

“‘Access to insurance’ only means that the market is open to you — if you have money to pay the cost. I have ‘access’ to buying a million-dollar home, but not the money to pay for it.” — Sister Simone Campbell

“‘Access to insurance’ only means that the market is open to you — if you have money to pay the cost. I have ‘access’ to buying a million-dollar home, but not the money to pay for it. So, while I have access, it doesn’t matter because it is never happening,” Sister Campbell said. “‘Access to health care’ on the other hand means that I have the ability to get health care. This is in keeping with Catholic social teaching and will keep America healthy.”

Some House Republicans favor outright repeal and have derided the bill as “Obamacare Lite.” Whether their votes could scuttle the bill can’t be determined at this point, as is whether they could be swayed by lobbying from President Donald Trump, who has praised the bill. Ryan, at his news conference, said a return to pre-ACA days is not possible because “Obamacare damaged” U.S. health care.

Four bishops who chair committees of the U.S. Conference of Catholic Bishops said in a March 8 joint letter to House members they would review carefully the American Health Care Act. The U.S. bishops had opposed the ACA because it expanded access to abortion and did not contain any conscience provision for medical professionals who objected to participating in acts they considered morally wrong.

In their letter, they called on lawmakers to consider moral criteria as they debate the measure, including: respect for life and dignity; honoring conscience rights; access for all; a plan that is “truly affordable … comprehensive and high quality.” The U.S. bishops “continue to reject the inclusion of abortion as part of a national health care benefit,” they said.

“The original version of Obamacare that passed the House in 2009 had pro-life provisions and pro-life groups were neutral on it,” said Tom McClusky, vice president of government policy for March for Life Action. “We knew that once it reached the Senate it would be a different story. Which it did — (it was) an abortion free-for-all.”

In the American Health Care Act, McClusky told CNS, there are positives for pro-lifers: “They’ve tried to make sure that taxpayers aren’t paying for abortions, that money doesn’t go to abortions to Planned Parenthood” through a one-year funding freeze. But even the Planned Parenthood funding freeze is on shaky ground, he said, as Sen. Lisa Murkowski, R-Alaska, has said she will vote against the bill if the freeze remains.

Pro-lifers have their own issues with the bill, he added. “The refundable tax credit could be rolled over into a health savings account, and that has no restrictions. We’re working with members of Congress to try to fix that” to prevent back-door federal funding of abortion, McClusky said. “That health savings account is a huge problem. We, and I believe other pro-life groups, have made it clear to leadership that we will oppose it if it’s not fixed.”

Another potential stumbling block in the Senate, he noted, is its parliamentarian, Elizabeth MacDonough. She decides during the reconciliation process whether language in the House version can be attached to the Senate version. McClusky said he doesn’t know if House language currently in the bill can survive the parliamentarian’s decision, although MacDonough is just as subject to lobbying by lawmakers as the lawmakers themselves are by lobbyists.

“It’s a risky thing the House is asking the Senate — especially Senate pro-lifers,” McClusky said. “But there’s a lot of pro-lifers in the House. I’m sure they know what they’re doing.”

“Overall, I’m pleased that they’re taking action on trying to reverse and repeal Obamacare,” said Dr. Marie-Alberte Boursiquot, a Maryland internist who is president of the Catholic Medical Association. “Obviously, it’s in its early stages, but at least it’s pointing in the right direction,” she added, noting she had lost some patients who could not afford the premiums on the insurance exchanges.

While Boursiquot favors the expansion of health savings accounts and an end to the employer mandate in the American Health Care Act, she voiced concern over “what they’re proposing in terms of Medicaid. It offers help to the poor, and any threat to Medicaid, I think, is a concern.”

Dr. Adam Gaffney, a pulmonary and critical care physician at Harvard Medical School and the Cambridge Health Alliance in Massachusetts, said: “What makes the bill bad is essentially it takes away health care from the middle-class and the poor and redistributes wealth upwards to the rich.”

Gaffney added, “It retains the overall structure of the Affordable Care Act, but it moves it in a very regressive direction,” as it, in part, “pushes people out of Medicaid by rolling back federal funding for expansion in 2020 and installing a per capita funding system.” As to its overall effect, he said, “we won’t know the effect on coverage until the Congressional Budget Office scores it. But we expect it will decrease coverage substantially.”

Dr. Robert Zarr, a primary care pediatrician for Unity Health Care, a community health care service in Washington serving a predominantly poor Latino immigrant population, said the funds cut from public health spending in the American Health Care Act “will be taken away from the community health centers around the country,” which he said serve about 20 million people.

“We’re part of the social safety net, and without them there’d be a huge gap in care. With less funding, we’ll provide less care,” he added.

Rather than cut more people from care, “there’s great data, great evidence that a traditional program like Medicare could be expanded to include every American,” Zarr said. “Every American would have the choice to every doctor, every place they’re sent to go to.” He added, “They would have a card in their wallet that has no co-pay, no deductibles, and no premium. It would be funded largely through progressive taxes where the very poor pay very little and the very rich pay a lot more — which seems to be the way to go.”