Pope Francis, Day would have been ‘good friends,’ says granddaughter 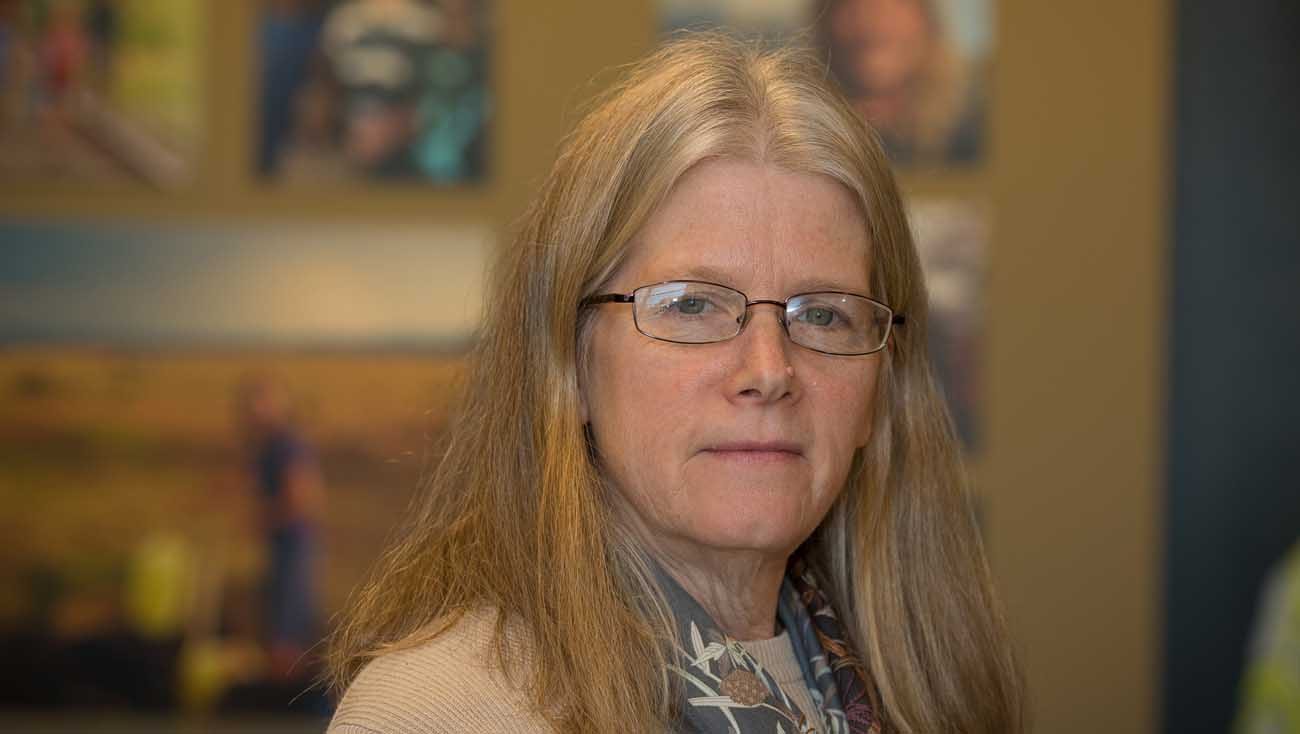 Kate Hennessy, granddaughter of Dorothy Day, led two presentations on her new book, "Dorothy Day: The World Will Be Saved by Beauty: An Intimate Portrait of My Grandmother," Feb. 23 at St. Norbert College in De Pere, Wis. (CNS photo/Sam Lucero, The Compass)

“I was a little bit late, so I came down to the dining room where they set up a TV,” Hennessy told The Compass, newspaper of the Diocese of Green Bay. “I sat down and then suddenly he mentions Dorothy Day and I practically fell out of my chair. I was so shocked and surprised.”

The pope’s exact words were: “I cannot fail to mention the Servant of God Dorothy Day, who founded the Catholic Worker Movement. Her social activism, her passion for justice and for the cause of the oppressed were inspired by the Gospel, her faith and the example of the saints.”

“That was really an astounding moment when that happened. I did not expect that,” said Hennessy, who believes her grandmother would have enjoyed meeting Pope Francis. “I think they would have been good friends.”

Hennessy was at St. Norbert College in De Pere Feb. 23 to talk about her newly released book, “Dorothy Day: The World Will Be Saved by Beauty: An Intimate Portrait of My Grandmother.” The youngest of Dorothy Day’s nine grandchildren, Hennessy was 20 when her grandmother died Nov. 29, 1980.

Born Nov. 8, 1897, Day was a journalist and co-founded the Catholic Worker Movement with Peter Maurin in 1933. Raised by parents who were married in an Episcopal church but were nominal Christians, she joined the Catholic Church and became a champion of social justice. She served as editor of The Catholic Worker newspaper from 1933 until her death at age 83. The Archdiocese of New York began her canonization process in 2000 and she received the title “servant of God.”

Hennessy said her book is more than the story of Dorothy Day.

“It’s also the story of my mother, Tamar, Dorothy’s only child,” said Hennessy. “It came out of the period after my mother’s death in 2008, when I realized that if my mother’s story wasn’t told, a very essential element of my grandmother’s story would remain untold.”

She said the book also is a chance to “address some errors in the narrative of Dorothy, particularly as they concern my grandfather, Forster Batterham, and my mother. I think there have been stories out there that are not accurate and it was really important to me to be able to right those wrongs.”

Tamar was born and raised Catholic and was active in the Catholic Worker Movement. She had fundamental disagreements with certain church teachings and left the church, said Hennessy. Her book explores the “very difficult” challenges of her upbringing, including her parents’ separation shortly after Hennessy’s birth.

“My grandmother and mother were such real people. They were so grounded in their families, their work, their view of the world,” said Hennessy. “I think we can drive strength from their strengths. That’s what I’m hoping. I just want to give a way for people to say, maybe there is something I can do, some way I can move ahead.”

Hennessy said she has very fond memories of her grandmother, both as a child and as an adult.

“She had incredible energy. She was always going places, doing things,” she said. “She was probably one of the most energetic people I’ve ever known. When she started slowing down, that gave me the opportunity to hang out with her, to spend time in her room at the Catholic Worker in New York City, just talking and reading and kind of being with each other, so I’m very grateful for that.”

According to Hennessy, she inherited her grandmother’s passion for writing. “I would see her in her room pounding away on her typewriter. She was a prolific writer. I was like, ‘Oh my God, that’s so great. I’m going to be a writer,'” she recalled. “So that was really the very first influence she had on me.”

Many of the other lessons learned from her grandmother did not make sense until later in life, she said.

“As I got older, there was more of an understanding of what she was trying to do,” she said. “It wasn’t until I was in my 30s that I would understand voluntary poverty. … I’ve certainly learned that living simply is not so hard, it doesn’t’ have the weight that it had when I was in my 20s.”

Near the end of Day’s life, Hennessy would spend time with her mother and grandmother and family friend, Stanley Vishnewski, a longtime Catholic Worker. “I think those were my favorite times, just sitting and being with her, listening to her stories and listening to her laugh,” she said.

Hennessy said her grandmother’s sainthood cause is “an interesting thing to kind of get my head around.”

“For me, I believe absolutely that she’s a saint. I have no doubt about that,” she said. “But in this canonization process, the church has very definite, specific steps to take. I’m just thinking: trying to take this incredibly multifaceted, paradoxical person, full of contradictions, to kind of shape her to fit this process of sainthood –- to me, I can’t go there. It really is very hard for me to imagine. Bless them for taking this on. I wish them all the best.”

Thankful for her grandmother’s strong Catholic faith, Hennessy said she has been “returning to the church for the past 30 years.”

NEXT: Bishops’ stances vary on sanctuary for immigrants facing deportation