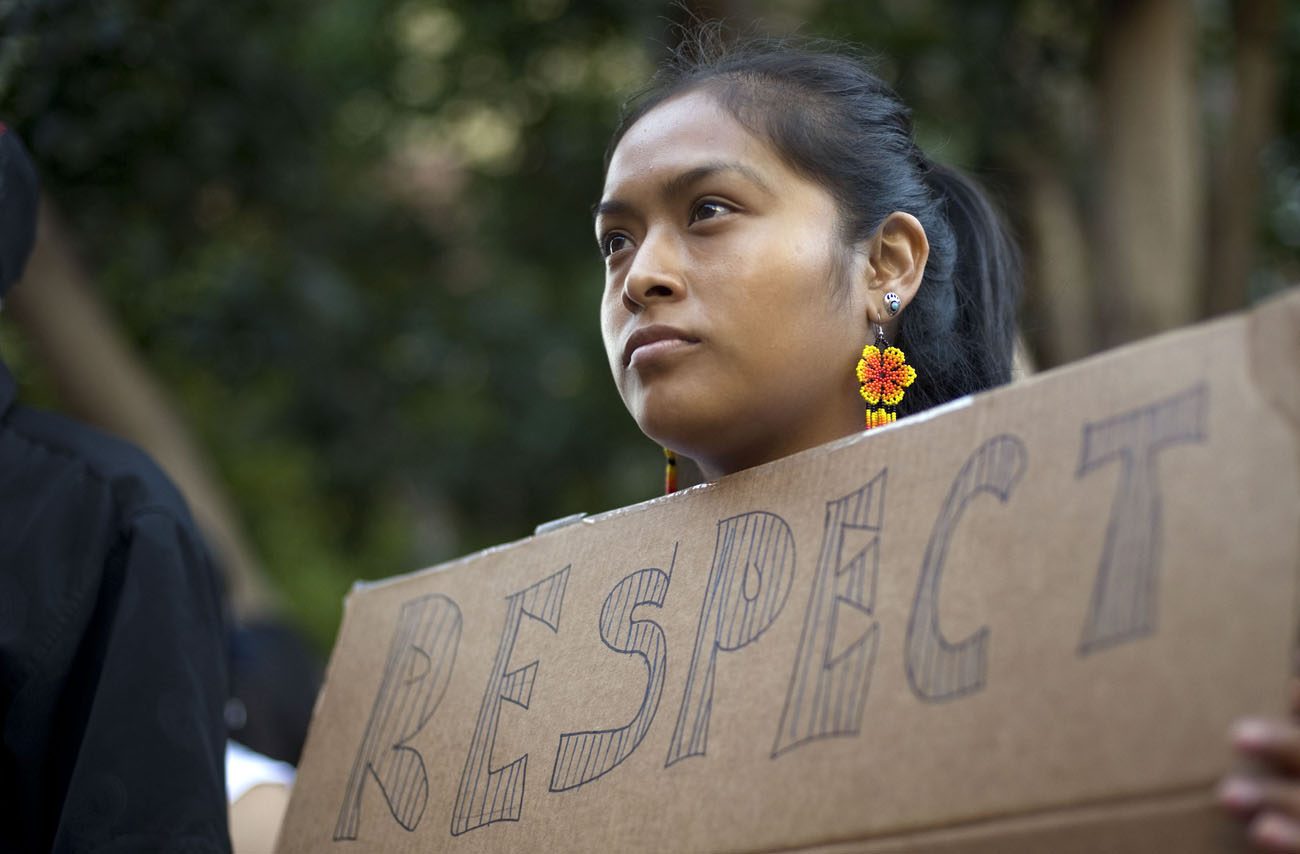 UPDATED — WASHINGTON (CNS) — The U.S. bishops in a pastoral reflection released March 22 called all Catholics to do what each of them can “to accompany migrants and refugees who seek a better life in the United States.”

Titled “Living as a People of God in Unsettled Times,” the reflection was issued “in solidarity with those who have been forced to flee their homes due to violence, conflict or fear in their native lands,” said a news release from the U.S. Conference of Catholic Bishops.

(See the statement in English and in Spanish.)

“To live as a people of God is to live in the hope of the Resurrection,” said the reflection, which was approved by the USCCB Administrative Committee on the first day of a two-day meeting in Washington.

The 37-member committee is made up of the executive officers of the USCCB, elected committee chairmen and elected regional representatives. It acts on behalf of the nation’s bishops between their spring and fall general meetings.

“To live in Christ is to draw upon the limitless love of Jesus to fortify us against the temptation of fear,” it continued. “Pray that our engagement in the debate over immigration and refugee issues may bring peace and comfort to those most affected by current and proposed national policy changes.”

The bishops urged Catholics to pray for an end to the root causes of violence and other circumstances forcing families to flee their homeland to find a better life; to meet with newcomers in their parishes and “listen to their story, and share your own”; and to call, write or visit their elected representatives to ask them to fix our broken immigration system” in a way that would safeguard the country’s security and “our humanity through a generous opportunity for legal immigration.”

The statement opened with a passage from Chapter 19 of the Book of Leviticus: “The word of God is truly alive today. When an alien resides with you in your land, do not mistreat such a one. You shall treat the alien who resides with you no differently than the natives born among you; you shall love the alien as yourself; for you too were once aliens in the land of Egypt.”

The bishops urged Catholics to “not lose sight of the fact that behind every policy is the story of a person in search of a better life. They may be an immigrant or refugee family sacrificing so that their children might have a brighter future.”

“As shepherds of a pilgrim church,” they wrote, “we will not tire in saying to families who have the courage to set out from their despair onto the road of hope: “We are with you.”

Those families could include “a family seeking security from an increased threat of extremist violence,” they said, adding that “it is necessary to safeguard the United States in a manner that does not cause us to lose our humanity.”

The bishops said that “intense debate is essential to healthy democracy, but the rhetoric of fear does not serve us well.”

“When we look at one another, do we see with the heart of Jesus?” they asked.

Their pastoral reflection comes at a time when the Trump administration’s rhetoric and its policies on national security, refugees and immigration are in the headlines almost daily. Those policies have sparked almost nonstop protests in various parts of the country since President Donald Trump’s Jan. 20 inauguration. In some cases, the anti-Trump demonstrations have turned violent.

The latest action on the refugee issue came March 16 when two federal judges blocked Trump’s new executive order banning for 90 days the entry into the U.S. of citizens from six Muslim-majority nations and suspending for 120 days the resettlement of refugees. Two federal judges, one in Hawaii and one in Maryland, blocked the order before it was to take effect March 16 at midnight.

The Department of Justice announced March 17 it will appeal the Maryland ruling in the U.S. Court of Appeals for the 4th Circuit, which is based in Richmond, Virginia.

In their reflection, the bishops said that all in this country find “common dreams for our children” in their “diverse backgrounds.”

“Hope in the next generation is how the nation will realize its founding motto, ‘out of many, one,'” they said. “In doing so, we will also realize God’s hope for all his children: that we would see each other as valued sisters and brothers regardless of race, religion or national origin.”

Christ, as the word made flesh, “strengthens us to bring our words to life,” they said, and suggested three ways Catholics, “in our own small way,” can “bring our words of solidarity for migrants and refugees to life”: by praying, welcoming newcomers and writing to their elected representatives urging them to support humane immigration policies.

“Pray for an end to the root causes of violent hatred that force mothers and fathers to flee the only home they may have known in search of economic and physical security for their children,” the bishops said.

They asked Catholics to meet with newcomers in their parishes, and to “listen to their story and share your own.” The bishops noted parishes across the country have programs for immigrants and refugees “both to comfort them and to help them know their rights.”

They also urged Catholics to “to reach out in loving dialogue to those who may disagree with us. The more we come to understand each other’s concerns the better we can serve one another. Together, we are one body in Christ.”

Finally, Catholics should call, write or visit their elected officials urging they “fix our broken immigration system in a way that safeguards both our security and our humanity through a generous opportunity for legal immigration.”

The reflection ended with a quote from Pope Francis: “To migrate is the expression of that inherent desire for the happiness proper to every human being, a happiness that is to be sought and pursued. For us Christians, all human life is an itinerant journey toward our heavenly homeland.”