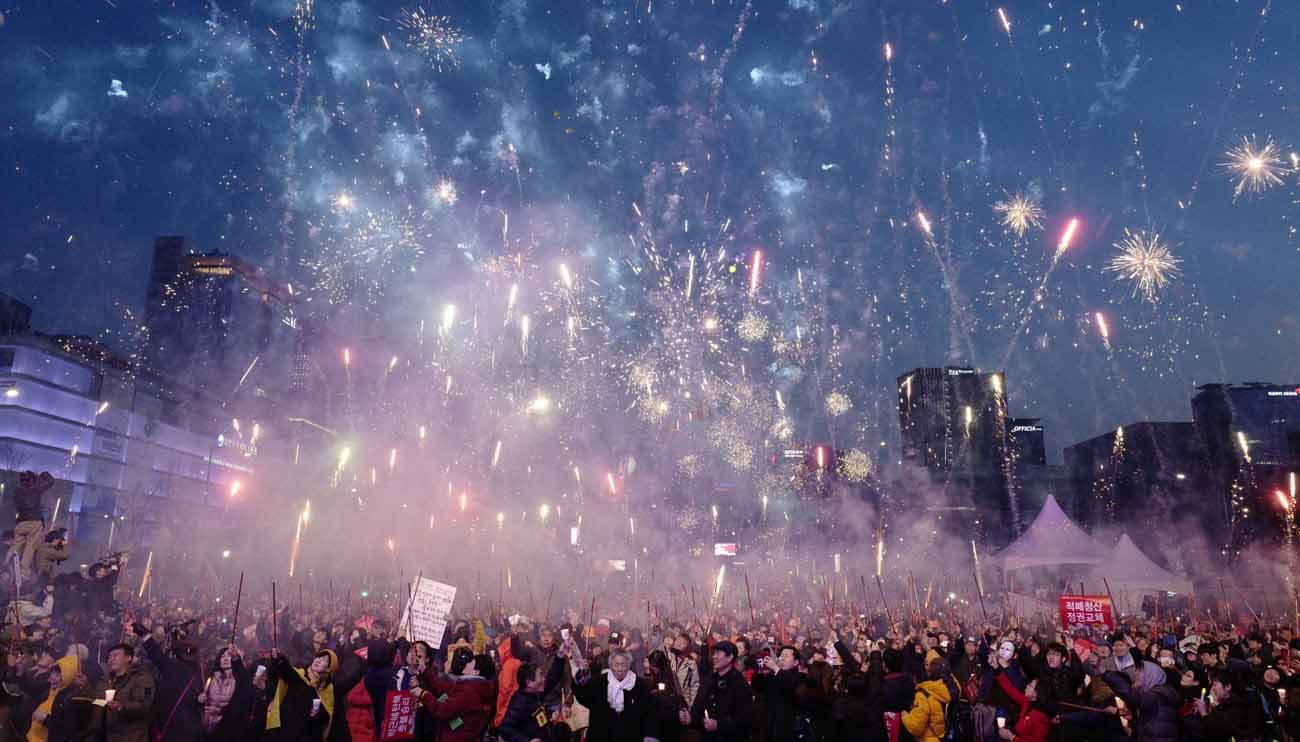 Catholics in South Korea called for unity following a unanimous ruling March 10 by the Constitutional Court to uphold the impeachment of now-former President Park Geun-hye.

On the day of the Constitutional Court ruling the bishops’ conference head called for “rebuilding the country through harmony,” and Seoul’s Cardinal Andrew Yeom Soo-jung put out a message saying Koreans should accept the decision regardless of what side they were on.

Maryknoll Sister Jean Maloney, 86, has lived mostly in South Korea since 1953, when the Korean War ended. She told Catholic News Service: “What’s important is … the unity among (South Koreans) and accepting the court decision. … But that’s not so easy I think, for older people who are afraid of communism, and they revered (the president’s) father, who was really a dictator, so there is really a conflict between you might say pro-Park and anti-Park.”

Sister Maloney, a U.S. citizen, experienced the country’s rebuilding following the war and lived through the rapid industrialization that took shape under Park’s father, Park Chung-hee. She told CNS she did not actively protest but supported her Korean friends.

Hundreds of thousands of ordinary citizens had held weekly protests calling for Park Geun-hye’s impeachment after investigators linked her to a major corruption scandal involving some of the country’s largest conglomerates. The protests erupted in early December after public outrage over separate incidents of corruption had been simmering for years.

When word spread of Park’s decades-long ties to Choi Soon-sil, a private citizen on trial for taking bribes from business tycoons and having intimate knowledge of state secrets, Koreans took to the streets calling for her ouster. Choi and Park deny any wrongdoing.

But thousands also turned out to support the beleaguered president.

Franciscan Father Francis Lee Yongho of Seoul said he agreed with the call for harmony but that it “should not be denial of discrepancy in opinions.”

“What we need in our society is open and respectful discussions of different opinions, and it should be conducted in accordance with law in a respectful and peaceful way. And to make a transparent and trustful society, every wrongdoing should be uncovered,” he told CNS.

Father Lee, who is completing a doctorate in world religions at the University of Notre Dame in Indiana, said if he were back home in Seoul, he would have joined his Franciscan brothers to support the poor and give “attention to those marginalized by corruption and abuse of power.”

“This is not about this president,” said Father Lee, 43. “It’s all connected to the 300 students who died by the shipwreck three years ago and also related to all those … big companies, the laborers who were laid off unjustly in exchange for all this wealth to favor rich and powerful people.”

Analysts have said the sinking of the Sewol ferry in April 2014 that left 304 dead, most of them high school students, brought to the fore the depth of corruption in the country when an investigation uncovered incompetence and skirting of regulatory rules that led to the accident. While observers have said corruption is nothing new in South Korea, Father Lee said public outcry and Pope Francis’ constant highlighting of the accident during his visit months later helped sustain a heightened sense of consciousness among Koreans.

“Now people begin to reconnect that shipwreck tragedy and take it as their own problem, not just as random 300 people who are irrelevant to me; now it’s actually relevant to me. It can happen to me, to my kids,” he said. “This is the reality. So now is the time to reform before it’s too late.”