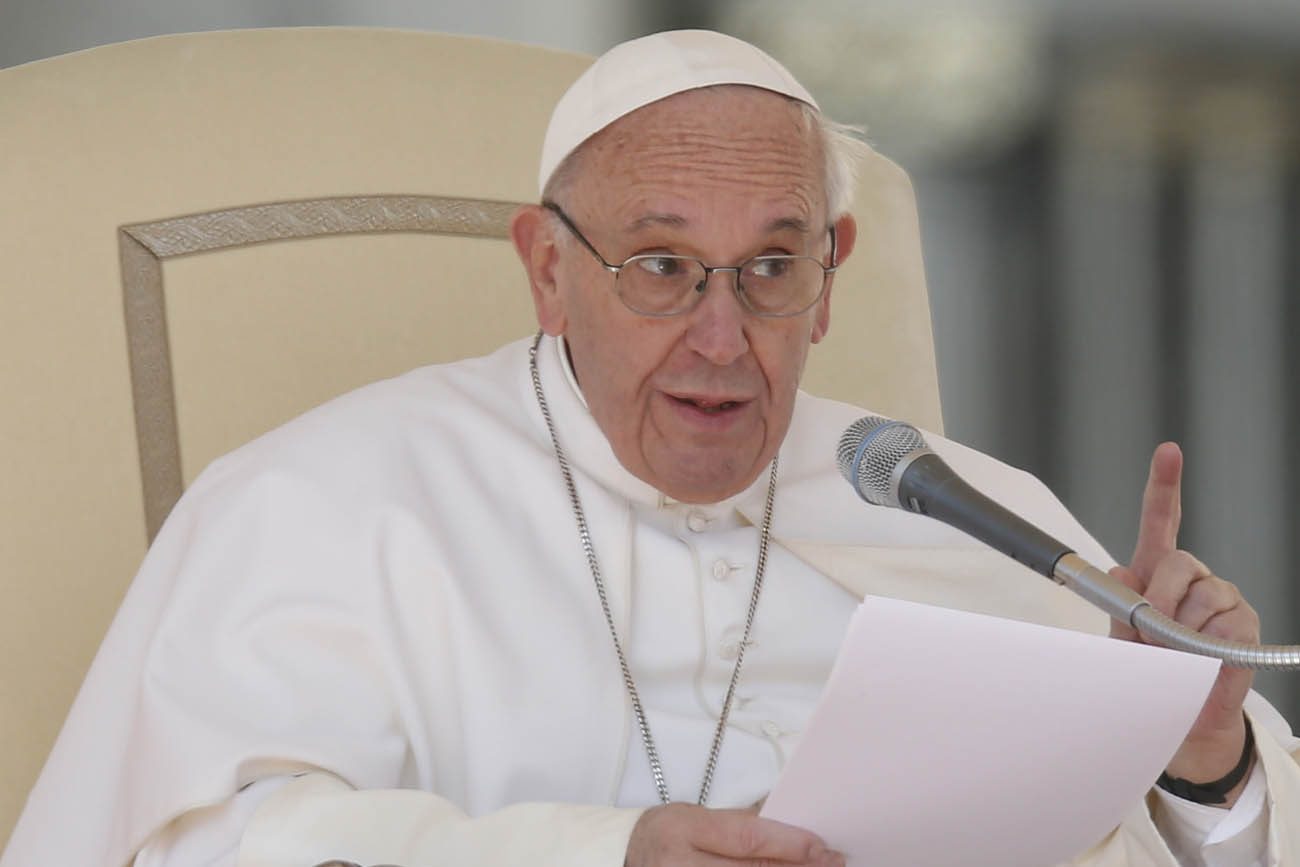 “Whoever — because of economic maneuvering and business dealings that are not all clear — closes factories and businesses and takes work away from men and women commits a grave sin,” the pope said March 15 before concluding his weekly general audience.

The pope was speaking to a group of employees from Italy’s Sky television; several hundred employees risk losing their jobs after the company announced plans to move their Rome headquarters to Milan.

According to Italian newspaper Corriere della Sera, Sky Italia claimed the move was due to rising costs and an outdated digital infrastructure in Rome. Local workers’ unions have criticized the company’s decision that will force 300 workers to transfer from the capital while an estimated 200 employees will be left without a job.

Before the audience began, the pope circled St. Peter’s Square in the popemobile, stopping along the way to kiss babies and wave to the thousands of pilgrims present.

Stepping out of his popemobile, the pope also greeted several Chinese pilgrims from the Tanjin Meng Fu Lu Chang group.

One pilgrim holding a child couldn’t contain his emotions, kneeling and prostrating while the pope stooped down to help him up. The child he carried also bowed respectfully.

Another Chinese pilgrim approached the pope on her knees while the pope, visibly moved, tried to raise her up. He also greeted the other pilgrims, who were waving Chinese flags and holding a statue of Our Lady of Fatima, which he blessed.

In his main audience talk, part of a series on Christian hope, Pope Francis reflected on St. Paul’s call in his Letter to the Romans for Christians to be “joyful in hope” and sincere in their love.

A Christian’s “highest vocation” is the call to love and charity. However, the pope said, St. Paul also warns of “the risk that our charity can become hypocritical.”

“Hypocrisy can infiltrate anywhere, even in our way of loving,” he said, especially when acts of love or charity are done “to put ourselves on display or so that we feel fulfilled.”

Christians, he added, must ask themselves if their love is sincere and “not that of a soap opera.”

“There is a false, misleading idea behind all this: namely that if we love, it is because we are good, as if charity was a creation of man, a product of our heart,” the pope said.

Charity and love, he continued, are a grace that is meant to shine forth what “the Lord gives us and what we freely receive.”

St. Paul’s warning, the pope explained, is “not so much a reproach but rather an encouragement to revive hope in us.”

“We need the Lord to continually renew this gift in our hearts through the experience of his mercy,” Pope Francis said. “In this way, we will be able to appreciate the little, simple and ordinary things again, and we will be able to love others as God loves them.”

NEXT: Vatican maze: Retracing the path of abuse accountability proposals