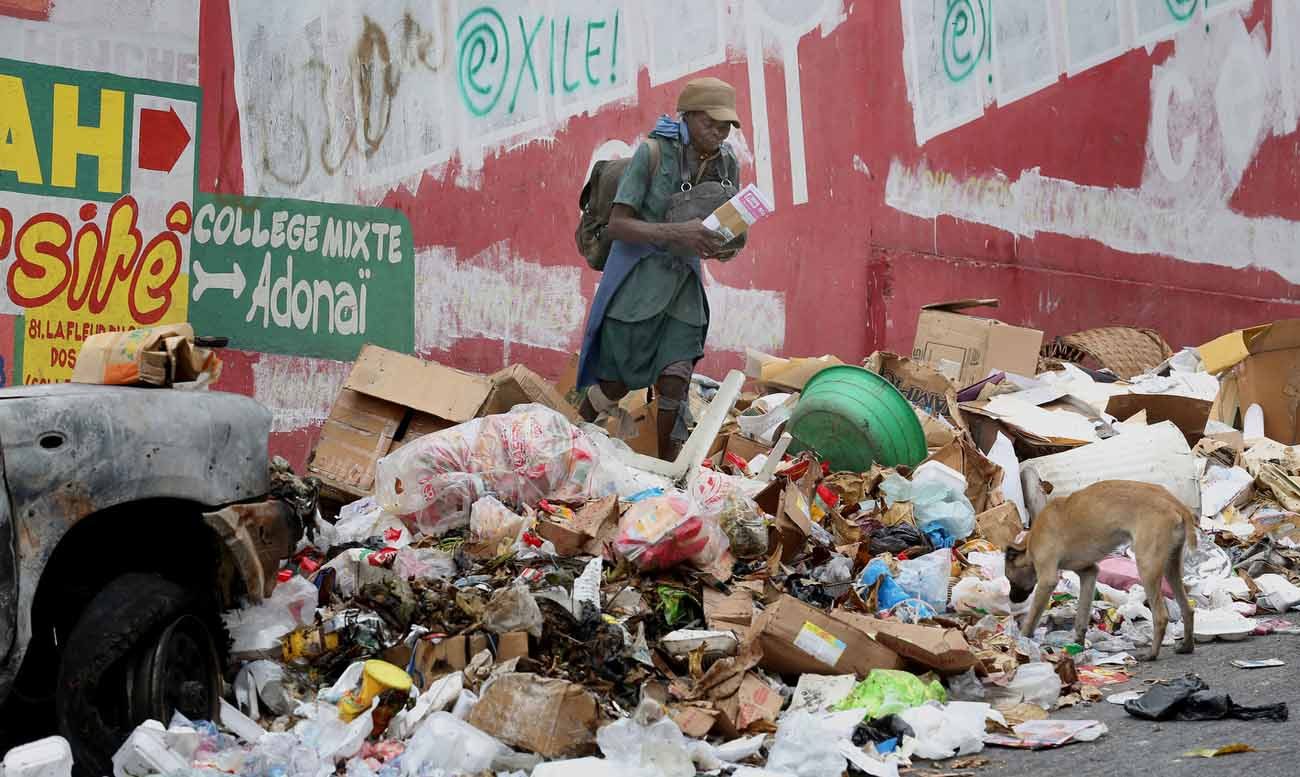 A woman and dog are seen amid garbage along a street in 2015 in Port-au-Prince, Haiti. Blessed Paul VI's 1967 encyclical "Populorum Progressio" rooted the Catholic Church in solidarity with the world's poorest nations. (CNS photo/Bob Roller)

WASHINGTON (CNS) — Blessed Paul VI’s encyclical “Populorum Progressio” (“The Progress of Peoples”) institutionalized social action efforts in the U.S. Catholic Church that continue in one form or another today.

Many dioceses nationwide that had not already established an office to address urban affairs or social action office did so in the late 1960s and early 1970s. Their inspiration came from Blessed Paul, who announced in the encyclical of March 26, 1967 that the Vatican would have a Pontifical Council for Justice and Peace.

Those dioceses and archdioceses that had an office that dealt with urban affairs — Chicago and Hartford Connecticut being among them — were responding to the war on poverty and the civil rights movement. But it was the encyclical, emerging from the Second Vatican Council, which moved bishops to approve social action initiatives that often were led by clergy, religious and lay advocates.

What was then the U.S. Catholic Conference responded within three months of the release of “Populorum Progressio” by establishing its own Office of World Justice and Peace. Today, the U.S. Conference of Catholic Bishops continues the work in its Department of Justice, Peace and Human Development.

David J. O’Brien, retired professor of history at the College of the Holy Cross, said the church of the 1960s was attempting to address changing urban landscapes.

The Vatican’s new council had a U.S. connection. Its first secretary was an American, Msgr. Joseph Gremillion of the Diocese of Alexandria, Louisiana, who encouraged the establishment of justice and peace commissions in local dioceses and within national bishops’ conferences worldwide.

The pontifical council continues its work today through a broader initiative established by Pope Francis last August when he formed the Dicastery for Promoting Integral Human Development.

A year after Blessed Paul’s encyclical — on Palm Sunday 1968, days after the assassination of the Rev. Martin Luther King Jr. — Cardinal John F. Dearden of Detroit, then-president of what was the National Conference of Catholic Bishops/U.S. Catholic Conference, established the Detroit Archdiocesan Development Fund. He planned to raise $1 million to underwrite grants to groups of poor people working for social justice.

Later in April of that year, the U.S. bishops adopted a policy paper titled “A Statement on the National Race Crisis.” It identified three key areas for society to address: self-determination for poor people, changed attitudes about race and poverty, and reforms in unjust social structures.

The document formed the foundation for what was at first called the National Catholic Crusade Against Poverty in November 1969. Its name was changed to the Campaign for Human Development when the program’s office formally opened in July 1970 to incorporate the title of Blessed Paul’s encyclical.

It became the Catholic Campaign for Human Development in 1998 to better reflect its identity and history.

The foundations established by those early efforts spread from Catholic institutions to other faith communities as well, said Jude Huntz, pastoral associate at Visitation Parish in Kansas City, Missouri, who served as director of the Chicago Archdiocese’s Office for Peace and Justice until 2016.

“In a lot of ways the social justice work meshed nicely with the interfaith and ecumenical movement at the same time,” Huntz told CNS. “So you had this incredible synergy that Vatican II brought together.”

The Chicago Archdiocese was the first to establish an Office of Urban Affairs in 1958 with Msgr. Jack Egan as director. Chicago had long been a hotbed of community organizing and Msgr. Egan worked in the 1960s with Saul Alinsky, the famed organizer who directed the Industrial Areas Foundation. As more offices opened in dioceses nationwide, it led to the formation of the Catholic Committee on Urban Ministry, a national network of 5,000 clergy, religious and laypeople involved in social action.

The committee disbanded in 1976, giving way to the Roundtable Association of Catholic Diocesan Social Action Directors, which continues today.

Social action offices take many forms today after expanding to address rural and even suburban poverty beginning in the 1980s, Korgen explained.

In the Cleveland Diocese, for example, smaller social action offices opened in each of the counties surrounding the city by the late 1980s. Today, many diocesan offices have experienced cutbacks or consolidations with respect life and other social ministries to continue what in many cases are scaled back advocacy efforts.

NEXT: At 50, ‘Populorum Progressio’ takes on new life through Pope Francis