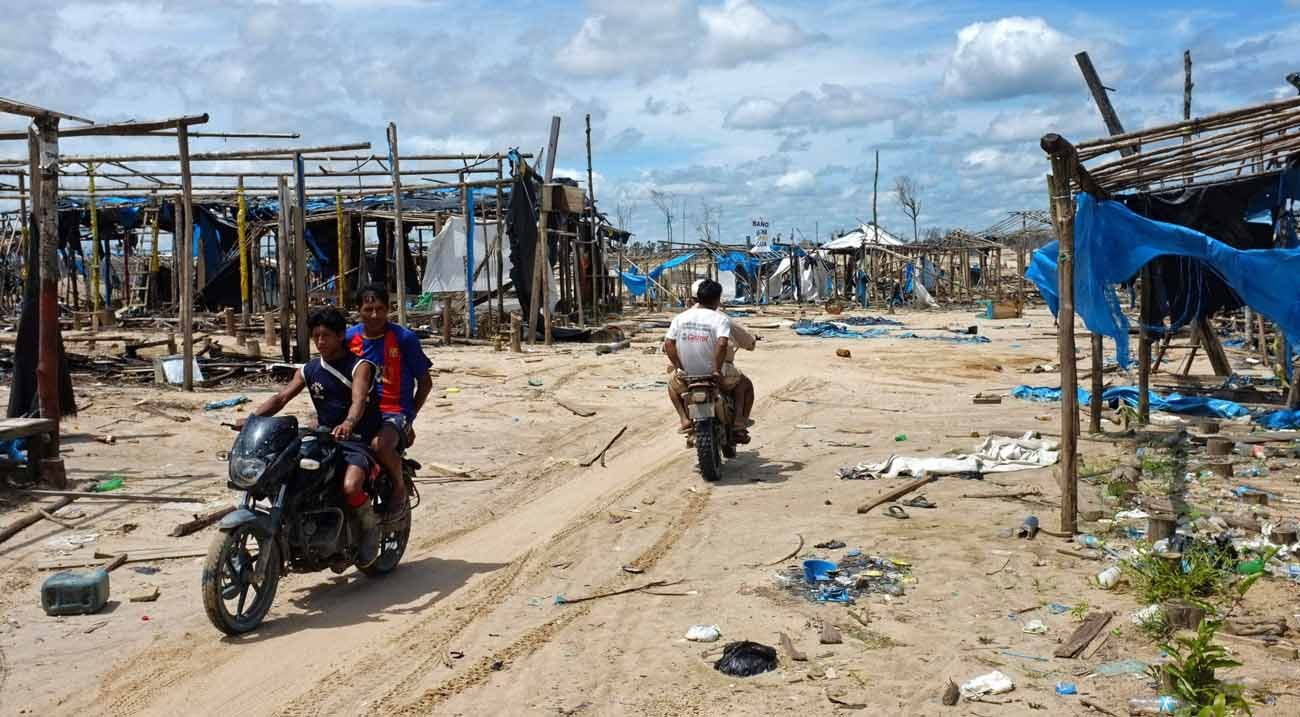 OXFORD, England (CNS) — A Catholic bishop has urged governments to ensure human rights are given priority in trade and investment by big companies when a U.N. treaty is developed this fall.

Bishop Alvaro Ramazzini Imeri of Huehuetenango, Guatemala, participated in a March 7 panel debate at the European Parliament in Brussels. The event launched a study on trade and human rights by CIDSE, a network of 17 Catholic development agencies in Europe and North America.

Bishop Ramazzini said defense of human rights and the environment was now a “life-threatening issue” in his country, where transnational corporations were committing “abuses with impunity.”

“Local communities have been historically excluded and marginalized by the state, so they lack trust and are apprehensive about the presence of companies in their territories,” Bishop Ramazzini told the meeting.

“Many communities feel they’re not consulted when the state authorizes projects by companies, that their needs and concerns are not addressed,” the bishop said.

“This has also resulted in the division of many communities — between those in favor due to their private interests and those who stand against.”

“The church has access to people and institutions that those at the grass roots cannot reach. Its role is highly important in giving a voice to those who don’t have one,” he said.

Negotiations begin in Geneva next October on a U.N. treaty to regulate activities by transnationals and business enterprises under international human rights laws.

The 32-page CIDSE study, by Markus Krajewski, an economics expert at Germany’s Erlangen-Nuremberg University, sets out ways of addressing “potential conflicts between trade and human rights” and ensuring protection of rights in investment agreements.

It said the nonbinding Guiding Principles on Human Rights and Business, adopted by the U.N. Human Rights Council in 2011, failed to bring any fundamental change in state and company practices and was ignored in international treaties such as a Comprehensive Economic and Trade Agreement between the European Union and Canada in October.

“The voluntary approach of the U.N. Guiding Principles is not sufficient to ensure trade and investment agreements, which ensure the primacy of human rights,” the study said.

Western companies have been accused of ignoring human rights in Latin America and Africa and of working with violent gangs to obtain minerals and natural resources.

In a February 2015 declaration, 150 Catholic bishops from 37 countries said most of the European Union’s 28 member-countries imported significant resources from conflict-affected regions, while many European firms were “complicit in abuses” through their supply chains.

At least eight European countries are currently preparing “duty of care” legislation to ensure corporate accountability for rights abuses and environmental degradation. However, CIDSE and other groups say these are inadequate and are pressing for the U.N. treaty to require that companies protect human rights.

The treaty, drafted by an intergovernmental working group set up by the Human Rights Council in 2014, is expected to require states to conduct “human rights impact assessments” while negotiating trade and investment agreements and to impose human rights obligations on export credit and investment guarantee schemes.

Bishop Ramazzini said the projected U.N. treaty could reinforce principles already established in the constitutions of countries such as Guatemala and act as a “monitoring and supervising instrument” for ensuring legality and justice.

He added that the Catholic church should press for the implementation of labor rights, such as set out in the International Labor Organization’s 1989 Indigenous and Tribal Peoples Convention.

“Indigenous communities are witnessing increased conflict and a loss of harmony, as well as a deterioration of their environment due to mining operations that do not respect fundamental human rights or exercise due diligence,” said the Guatemalan bishop, who has testified before the U.S. Congress and received international awards for his defense of the poor and marginalized, despite numerous death threats.

“The concept of justice has been obscured by legality, but in Catholic teaching, not all laws are just. A binding treaty should incorporate the concept of the common good and make respect for life a guiding value.”

CIDSE’s senior policy adviser, Denise Auclair, told CNS March 8, “There’s a sensitivity to Catholic values and perspectives, especially among conservative European politicians, who readily understand that injustices and human rights abuses have got out on control and now need rebalancing.”

She said Catholic campaigners were encouraged by the “firm positions” adopted by Vatican representatives at the U.N. and other international agencies.

PREVIOUS: El Salvador hopes for a miracle and another saint-in-waiting