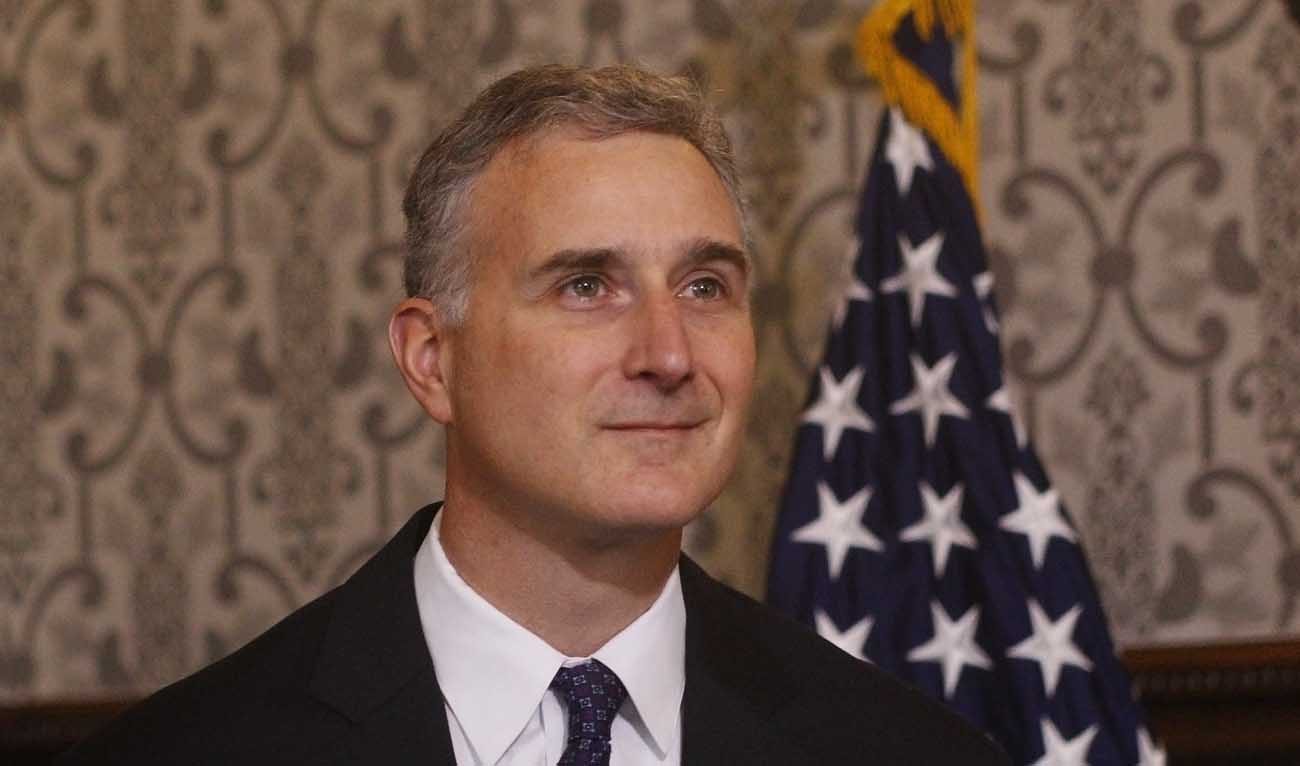 Louis Bono, who temporarily heads the U.S. Embassy to the Holy See in the absence of an ambassador, is pictured at the embassy in Rome March 7. Bono said ties between the U.S. and the Holy See won't change during the administration of President Donald J. Trump.(CNS photo/Robert Duncan)

ROME (CNS) — Despite opposing views on some issues, the U.S. Embassy to the Holy See will still look for common ground on global issues, the interim leader of the embassy said.

“There’s an expectation that the relationship between President (Donald) Trump and Pope Francis will be difficult to establish” and that “the bilateral relationship between the United States and the Holy See is going to suffer and that is not the case at all,” Louis Bono, charge d’affaires to the U.S. Embassy to the Holy See said. Bono temporarily leads the embassy while it waits for a new U.S. ambassador to be named and confirmed.

Speaking to Catholic News Service March 6, Bono talked about expectations of the future relationship between the United States and the Holy See under the Trump administration.

The embassy, he said, hopes to continue its joint efforts on global issues, such as combating human trafficking and ending modern slavery.

“Our goal right now is to keep that relationship moving forward, to look for more areas of collaboration” and “to build upon the successes that we’ve already experienced,” he said.

The narrative that portrays Pope Francis and President Trump as adversaries, he added, does not interfere with the relationship between the United States and the Holy See.

“It is also important that we have this strong relationship,” because when “there are areas of differences, areas where we disagree,” it is important “to be able to speak openly and frankly about those issues and to try and find common ground.” he said.

President Trump was scheduled to attend the G7 meeting in Sicily in May, but it wasn’t yet announced whether he would also go to Rome.

However, Bono said, “I expect that eventually the pope and the president will meet and they’ll have the opportunity to speak frankly if there are any areas of differences, but more so, to focus on those areas where we do have common ground and to identify how we can work together further.”