In notorious Santiago community, church works to give people options 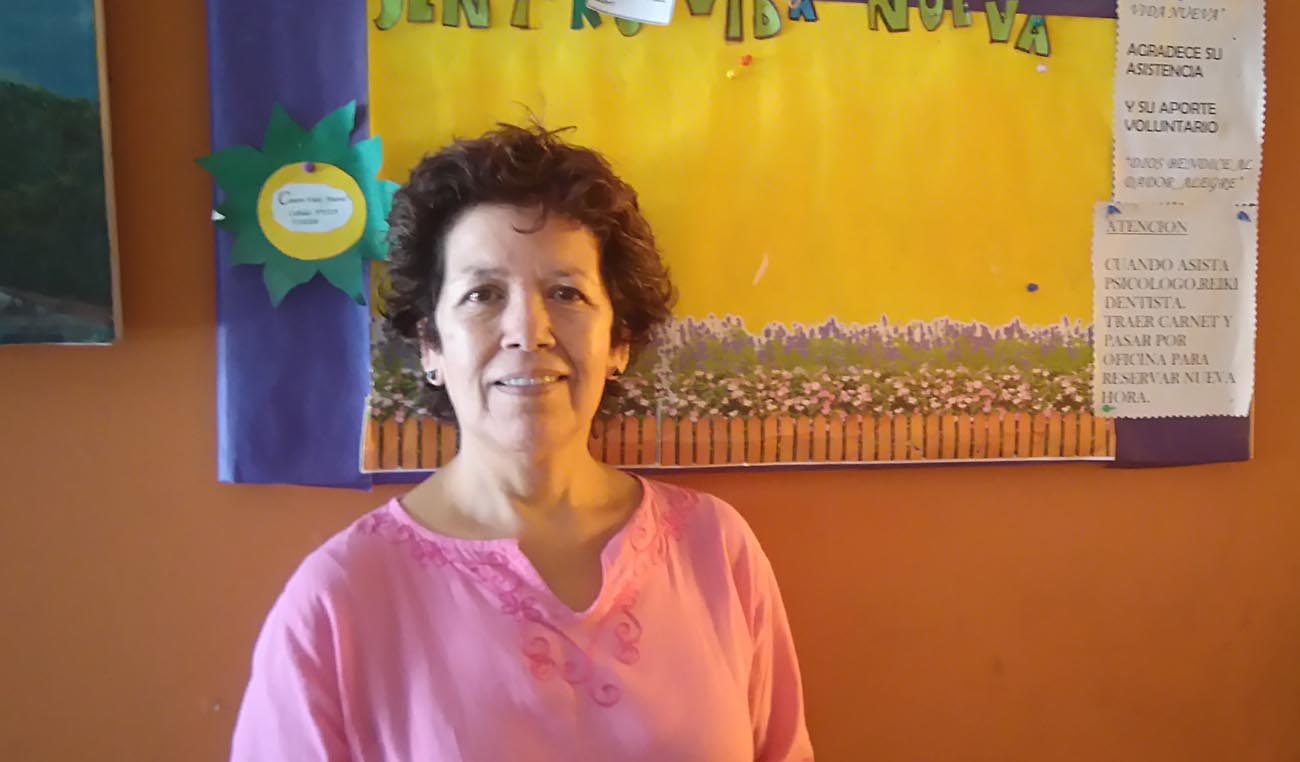 SANTIAGO, Chile (CNS) — The residents of La Legua, Santiago’s most notorious community, are never sure when the gunfights will begin.

“The battles are between the rival drug gangs that run the area,” she told Catholic News Service. “A fight will start over turf wars, or even if a drug dealer doesn’t like the way someone looks at him. They aren’t out to shoot us, but if a stray bullet gets in the way, then you can die.”

Catholic leaders of the Archdiocese of Santiago are trying to change that. Escalona works at Centro Vida Nueva, a local church-run health center. It has dentists, psychologists and free medicine, and about 600 people visit each year.

“Stress and depression are the biggest problems here. Often people just want to be hugged and listened to,” said Escalona.

When the Chilean bishops visited Pope Francis for their “ad limina” visits in late February, Auxiliary Bishop Pedro Ossandon Buljevic of Santiago asked the pope to send a message to the local priests. So Bishop Ossandon recorded a video on his phone, a message from Pope Francis urging the priests to carry on with their fight against drugs and to help the children living in those neighborhoods.

That’s something that French Father Gerardo Ouisse has been doing since 1986, when he arrived in Chile during Gen. Augusto Pinochet’s military dictatorship. Fifteen years ago he joined the parish of St. Cayetano in La Legua.

“I’m glad the pope made this issue more high profile, and I hope it makes people take it more seriously,” said Father Ouisse. “When I first arrived I wanted to get to know my parish, so I went and walked around the streets. On every corner there were groups of young people, smoking, fighting, taking drugs. It was clear they didn’t have any purpose in life.” 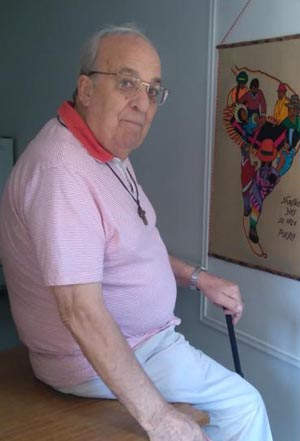 French Father Gerardo Ouisse poses for a photo March 10 at Centro Vida Nueva, a local church-run health center in La Legua, one of the most violent sections of Santiago, Chile. (CNS photo/Jane Chambers)

Father Ouisse said he thinks the problem is a mix of geography and culture. La Legua is a ghetto sitting in the middle of four of Santiago’s main streets, making it a perfect place to deal drugs. About 15,000 people live there; most of them earn minimum wage, with little education and prospects.

“The drug dealers took advantage of that when they arrived back in the 1980s to trade untreated cocaine and other types of drugs. They were like the ‘padrinos’ or godfather figures of the neighborhood. If someone was ill or needed a loan, they would take care of it, and so the community became reliant on them. These days someone can earn around $45 dollars a day for keeping two to three kilos of drugs for them. There is nowhere else they can make that kind of money,” said Father Ouisse.

Over the years, Father Ouisse has needed police protection because of death threats, and during one religious procession he was forced to wear a bulletproof vest.

“Sometimes when the gunfights are going on, I have gone out with a megaphone and told them to stop. I say: ‘Respect life, stop! In the name of the children, the women and Jesus Christ, I ask you to stop shooting,’ and they do.”

Father Ouisse is well-respected in the parish. His community center, which is open from 7 a.m. to 11 p.m., has never been robbed. And in the past, drug dealers have gotten in touch with him to celebrate a Mass when people have been killed.

He said he believes the key to the future is respect. For the past 16 years, the community has had police vehicles parked on almost every corner and street patrols walking the neighborhood. But Father Ouisse said he does not think that is helping.

“It makes the community stressed and has not stopped the problem,” he said. “The delinquents and drug dealers are part of this community, and we have to accept them rather than reject them.”

The priest said part of the solution is to give young people an alternative way of life. His runs the health clinic and a dance school with 300 students. Four days a week, the parish offers lunch.

“We can have around 110 people coming to eat here,” said volunteer Margarita Valenzuela Verdugo, 72. “We give them traditional Chilean dishes like lentils, beans salads.

“Sometimes fights break out. But I have worked here for the last 15 years and I know how to keep them under control,” she added with a smile.

“Padre Gerardo’s really loved in the community, but it’s hard, especially for the children,” said volunteer Luisa Echeverria Escarate as she chopped red peppers for lunch. “We can’t let them out of our sight. We are too frightened to let them play in the streets. The local school has bulletproof windows, and sometimes it’s shut down because of the gunfights which are so close that bullets fly into the playground.”

Another community center volunteer, Gertrudis Geraldo, added: “The church is doing a lot, but it’s up to the parents as well. They need to stop being involved with drugs. Their children see what they’re doing from an early age, and it becomes part of their culture. There are good people living here, lawyers, teachers, dancers but the drug dealers give our community a bad name.”

NEXT: Gypsy woman left to die after childbirth among 115 Spanish martyrs