Journey as peacemaker leads Palestinian to dialogue with Israeli settlers 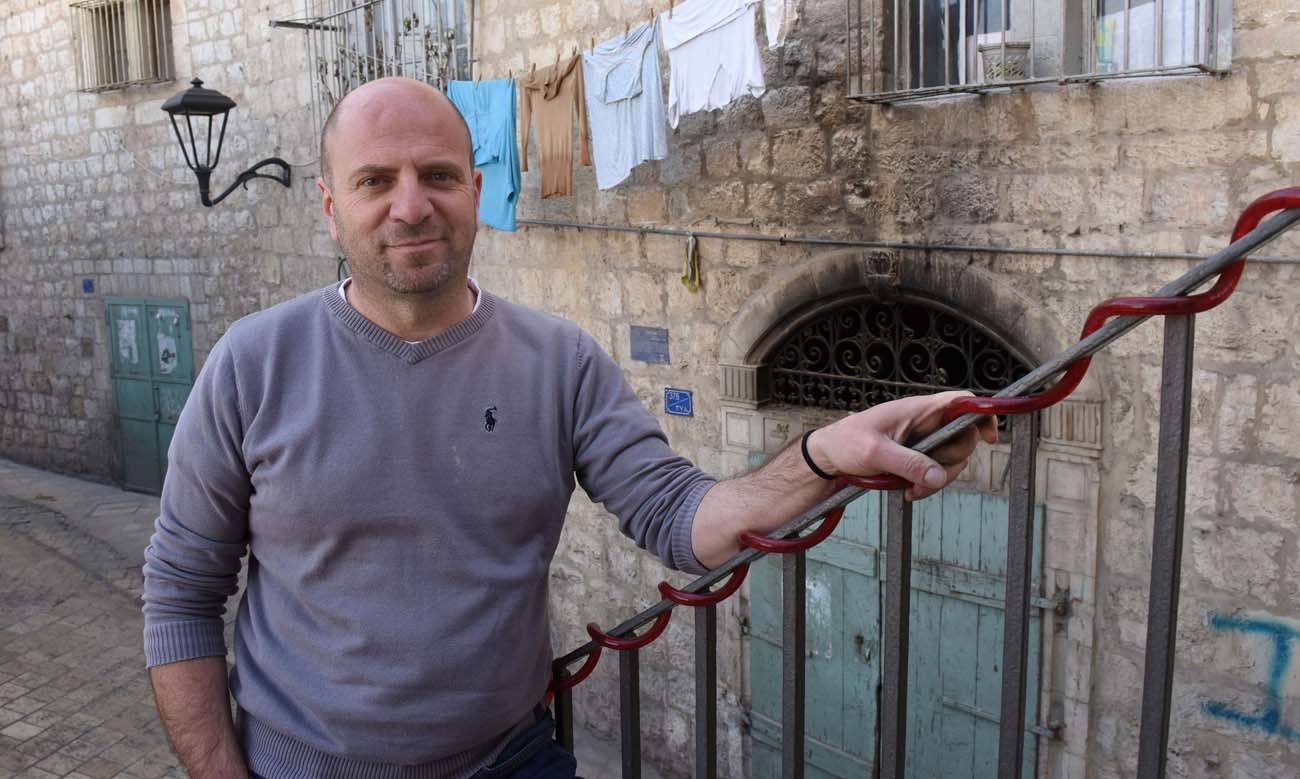 BETHLEHEM, West Bank (CNS) — Sami Awad, 45, has been called every name in the book, from “unrealistic” to “traitor” and “collaborator.”

The founder and executive director of Holy Land Trust also has had staff leave because of outside pressure opposing his organization, which works with Israelis — including Jewish settlers — in peace dialogue.

But Awad sees all this as part of his journey as a peacemaker.

“For me it is looking into the teaching of Jesus. Jesus talked about loving your enemy and loving your neighbor. When I put these two verses together I looked around and looked to see who was my enemy? Who was my neighbor? (The answer was) the settlers,” said Awad.

The Holy Land Trust runs on a shoestring budget and is supported mainly by individual donations and some institutional grants including, in the past, from Caritas and the U.S. bishops’ Catholic Relief Services.

“The test of being a peacemaker is the persecution and being rejected,” said Awad. He said 10 years ago he would have completely rejected the idea of sitting down with Israeli settlers.

As a child, Awad was resentful of the Israelis and wanted to fight, but his family insisted Palestinians must make peace. He was raised in a multidenominational Palestinian Christian family and educated in Quaker and Lutheran schools before receiving a bachelor’s degree in political science at Kansas State University and a master’s in peace studies from American University in Washington.

Awad told Catholic News Service the return of his uncle, Mubarak Awad, from studies in the United States was the pivotal point in his young life. Becoming a pioneer of Palestinian nonviolent resistance to the Israeli occupation, the elder Awad showed his nephew a new way of opposing the Israelis.

His uncle’s work allowed young Awad to meet Israelis who shared the Palestinian struggle, shattering the stereotypical image he had of Israelis. So when his uncle, who held U.S. citizenship, was expelled in 1988, Sami Awad picked up the baton and began questioning why the Israeli government and the military would find nonviolent resistance so dangerous.

Following the signing of the 1993 Oslo Accord, Awad said, he felt most of the peace process had been aimed at segregating Palestinian and Israeli communities rather than uniting them. There was little involvement of the local communities in the process and, without that, the peace process was doomed to failure, he said. During the 2000-2005 Palestinian uprising, Awad joined Israelis and international leaders in leading weekly nonviolent protests. Getting arrested, detained, and beat up became a part of their weekly ritual.

“My biggest challenge at that time was questioning if I was doing what my faith asked of me. Jesus would be a nonviolent person, he would not use weapons against occupation,” said Awad. “My spiritual journey was to realize his message wasn’t against those he resisted, his insults and rebukes were mostly directed at his own religious leaders. It took me time to realize that when he spoke about the enemy it was to love them. … It is a commandment; it is not optional.”

In small dialogue groups that the Holy Land Trust now facilitates with Jewish organizations, Jewish settlers and Palestinians sit down together and discuss traumas they have suffered individually and as a community. Palestinians learn to understand how the Holocaust has affected the Jewish psyche and people’s ability to trust, and Jewish settlers hear about the trauma of Palestinians being expelled from homes and living under occupation. They begin to discuss and accept the equal claim of both to the land.

There can be no real process of building mutual relations of trust between two communities if their traumas and fears are ignored, Awad explained. It is equally important to understand that the settlers are in the land out of religious belief, with 80 percent of Jewish religious historical sites are in the West Bank, said Awad.

Awad tries to base how he lives his own life by asking himself what Jesus did in his daily life.

“He walked through the Galilee teaching in synagogues, walking, teaching, preaching and healing,” said Awad. “I look at him as the ultimate peacemaker. … He never presented a political solution. He presented a kingdom vision as a value-based vision of how people can live together and get along and respect each other.”

PREVIOUS: Pope to visit Colombia as it emerges from half-century of war