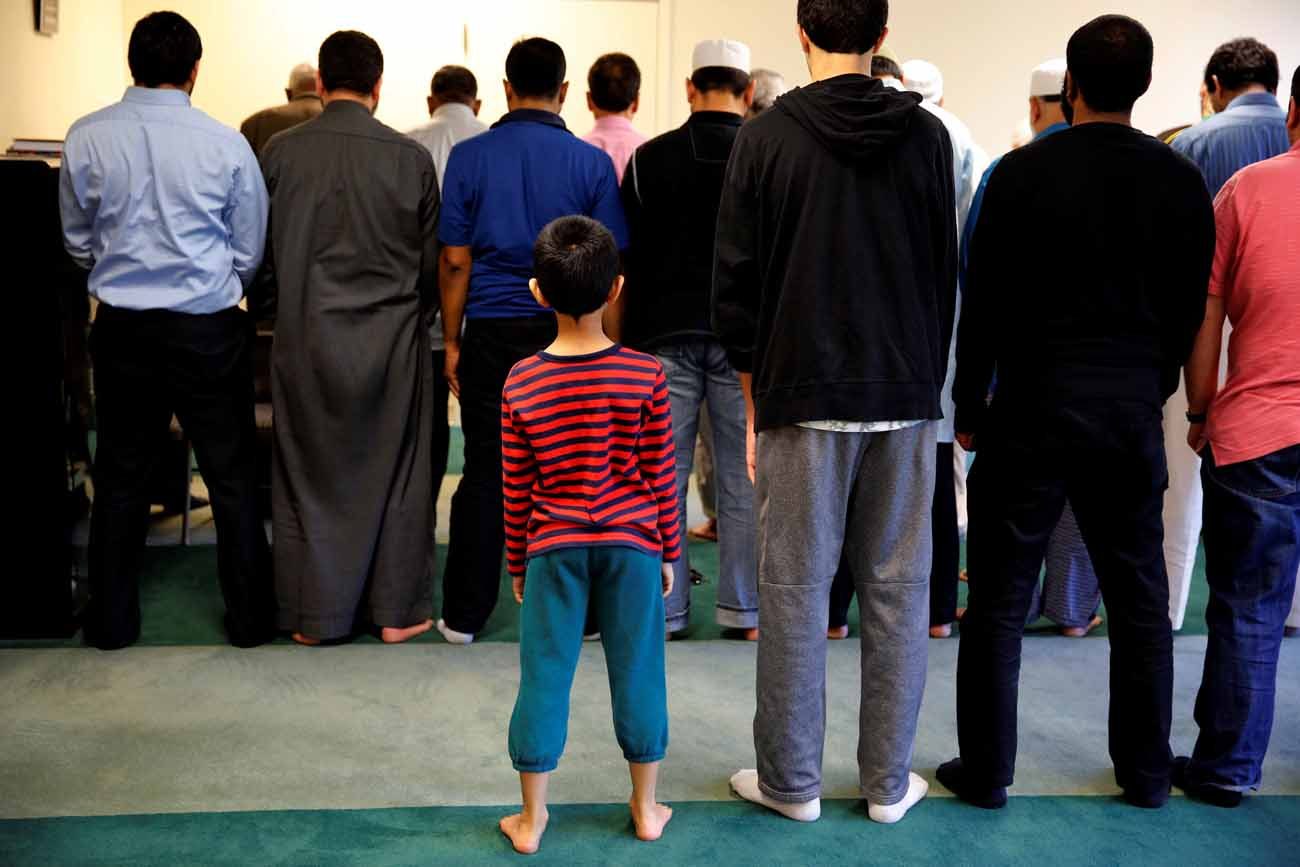 A boy attends afternoon prayer in 2016 at a mosque in Sterling, Va. A new update to a 2016 study on Catholic perceptions of Islam shows, like the initial survey, that three in 10 Catholics admit to having unfavorable views about Muslims. (CNS photo/Carlos Barria, Reuters)

WASHINGTON (CNS) — A new update to a 2016 study on Catholic perceptions of Islam finds little difference in answers from a variety of age groups and ethnicities.

The initial survey, “Danger and Dialogue: American Catholic Opinion and Portrayals of Islam,” was conducted by the Center for Applied Research in the Apostolate at Georgetown University for the university’s Bridge Initiative, which studies Islamophobia. The study, released last September, revealed that Catholics often have negative or limited views about Islam.

According to the data, three in 10 Catholics admit to having unfavorable views about Muslims, Catholics are less likely than the Americans in the general public to know a Muslim personally, and nearly 50 percent of Catholics can’t name any similarities between Catholicism and Islam.

When CARA broke down the numbers to reveal the age and ethnicity of respondents, which were released April 3, the usual differences were missing.

“Usually when CARA looks at Catholic data, there are huge differences by age, ethnicity,” said Mark Gray, senior research associate at CARA. “We don’t see the same differences in this survey that we’d expect. This shows that the attitudes/beliefs are generally widespread across the population.”

Jordan Denari Duffner, a research fellow at Georgetown University’s Bridge Initiative, said she was particularly surprised by the findings about age because she expected young Catholics would have more exposure to Muslims and more positive attitudes toward Muslims.

She also found it striking that most Catholics are not familiar with the church’s teaching on Islam, Muslims and interfaith dialogue in general and that so few Catholic have heard of “Nostra Aetate,” the Second Vatican Council document on the Catholic Church’s relations with non-Christian religions.

In an April 11 email to Catholic News Service, Duffner said she thinks Pope Francis and some bishops are “making a real effort to help humanize Muslims and challenge the notion that Islam should be conflated with violence,” but she wondered how many Catholics are willing to hear that message.

When grouped by race and ethnic backgrounds, Catholics who know Muslims personally do not have more favorable views of them, as might be expected, nor do they know more about Muslims’ faith than groups who are less familiar with them.

If the Catholic Church in the U.S. wants to see such views change, “it will require an all-hands-on-deck approach. It can’t just be coming down from the bishops and it can’t just be at the grass roots,” said Duffner. “Catholic universities, media outlets and other institutions will have to start discussing how to foster more interfaith connections and how to simultaneously increase literacy of other religions and of the church’s own teaching about other faiths,” she added.

Duffner said she has been encouraged by the interfaith work of some bishops and diocesan programs, but she also pointed out: “More can always be done.”

NEXT: Study shows restrictions on religion around world once again on the rise