At ‘mother of all vigils,’ U.S. church welcomes thousands of new Catholics 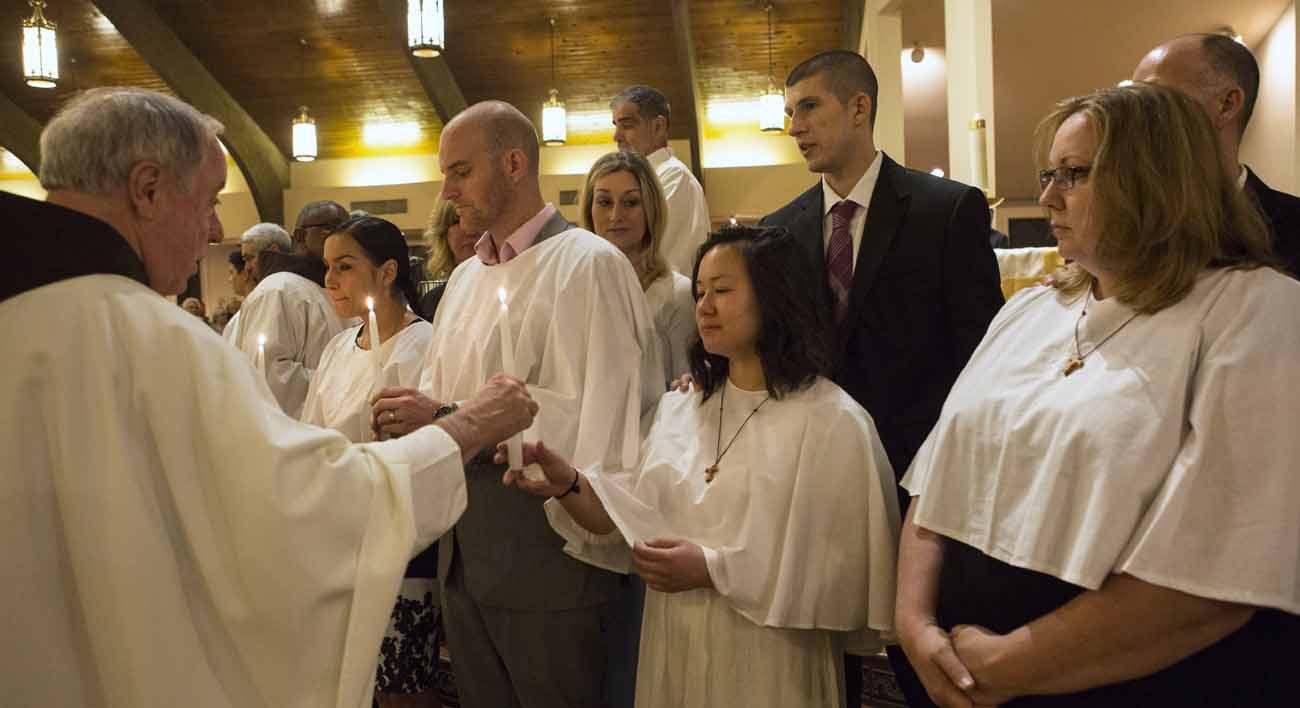 WASHINGTON (CNS) — During what the Roman Missal describes as the “mother of all vigils,” the U.S. Catholic Church welcomed thousands of new Catholics at the Easter Vigil April 15 in churches big and small across the country.

About 60 of the nearly 200 dioceses in the United States reported numbers of catechumens and candidates entering the church in 2017 to the U.S. Conference of Catholic Bishops in Washington.

Not far behind was the Diocese of Brooklyn, New York, which reported 387 catechumens and 528 candidates.

The Tablet, Brooklyn’s diocesan newspaper, said that the numbers of new Catholics entering the church and those seeking full communion in the church were so staggering that the diocese had to hold two different ceremonies for the Rite of Election in early March.

On Holy Saturday, at the Basilica of Our Lady of Perpetual Help in Brooklyn, the “greatest and most noble of all solemnities” took a little longer than usual this year. In addition to the dramatic symbols of light and the seven Old Testament readings, 52 catechumens and 25 candidates were welcomed into the church. 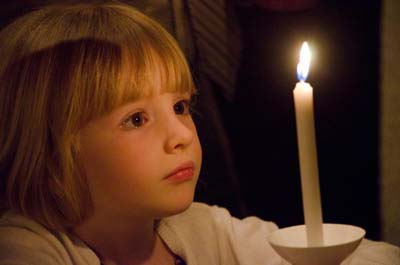 A girl is enamored of her Easter candle during the Easter Vigil April 15 in the Cathedral of the Immaculate Conception in Wichita, Kan. (CNS photo/Christopher Riggs, The Catholic Advance)

“Now that I am an adult, I better understand my call to faith. I have a responsibility to cooperate with my faith in God,” said Kari Morales, a native of Mexico, who was joining the church at Easter. “I’ve heard a lot of misconceptions about the church,” added Morales, a psychologist at a public school. “There’s a lot of negativity out there. The period of preparation opened my eyes to the truth.”

In the Diocese of Rochester, New York, the RCIA involvement of Dan and Michaela Cady — along with their sons Aidan, 15, Solas, 12, and Merritt, 10 — was spurred by a family tragedy. Two years ago, their daughter and sister Kennis, then 12, died unexpectedly.

“It just turned our heads about life,” Dan Cady said. He added that his family was grateful for the support it received from the staff of St. Jerome Parish in East Rochester, and from there opted to pursue RCIA. Dan said he was confident that his daughter was watching over the family as they continue on their faith journey.

“We would like to think it’s orchestrated by her,” he said. Some of the family members received the sacraments this year, and others will next year. Overall, the Diocese of Rochester this year reported 96 catechumens and 149 candidates.

Jarrid Perusse of Most Precious Blood Parish in Oviedo, Florida, said that while he was in Orlando, Florida, he “got saved on a porch” during a summer internship as a door-to-door salesman. He realized that God was reaching out to him, and “it was my turn to start reaching back,” Perusse said.

In the Diocese of Grand Rapids, Michigan, 175 catechumens and 249 candidates received the sacraments. Among them, Mac, 90, and Barb Harless, 85, joined the church this Easter after finding their parish, St. John Paul II Church in Cedar Springs, Michigan, to be a source of prayer, peace and hope during Barb’s battle with cancer.