Parish touts solar panels powered by the Son and sun 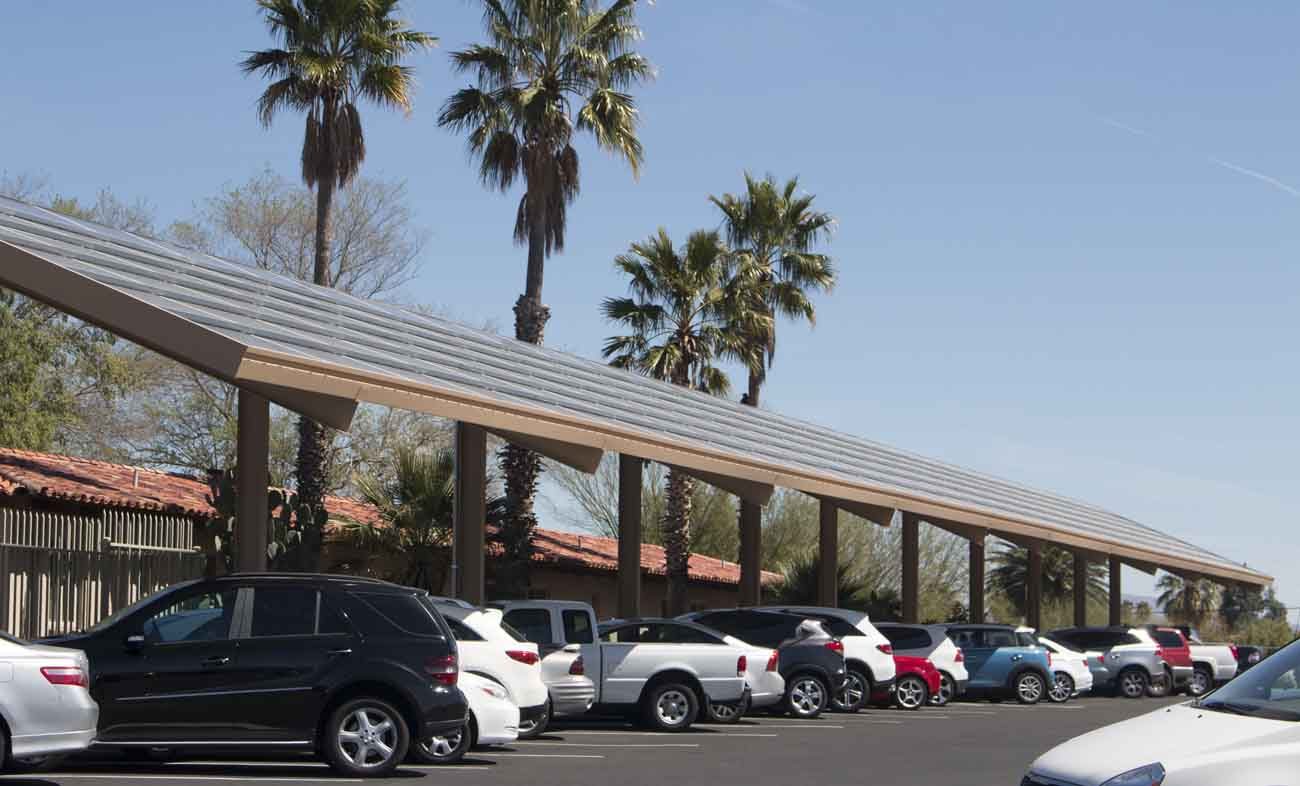 TUCSON, Ariz. (CNS) — The sign outside Our Mother of Sorrows Parish office reads: “OMOS gets its Power from the sun/Son.”

And it means exactly what it says, said pastor Msgr. Thomas F. Cahalane.

“The reality is that God in creation is all around us. Creation is God’s gift, and it is given in great abundance,” he told Catholic Outlook, the newspaper of the Tucson Diocese. “The Gospel calls us to share it with the community and to be a conveyor of God’s love.”

In 2008 the parish began a long foray into solar power, spurred by its Care for Creation committee, which included architect Hank Krzysik.

Krzysik had just returned from Albuquerque, New Mexico, and a meeting on the use of alternative energy. He was sitting around a table at Joe’s Pancake House with Msgr. Cahalane and others. He was excited about making the parish more energy efficient. That led, a year later, to the installation of several solar panels and replacement of a water heater, making the parish hall more energy efficient.

The parish hall project was a success and in 2011, Krzysik and other members of the Care for Creation committee were making their case that the parish could significantly reduce its carbon footprint — and ensure long-term savings — by adding 250 more panels to the parish plant.

They had to convince members of several parish committees that the plunge into solar energy was prudent and in line with Catholic social teaching. “Up to that point, a lot of this had been theoretical,” Msgr. Cahalane said.

At the time, the state of Arizona was offering tax credits to encourage use of systems like solar energy, Krzysik said.

For Msgr. Cahalane, it was more about spirituality than savings. “You have to understand you are doing something beneficial for the environment.”

Decreasing the carbon footprint meant more than putting solar paneling in the parking lot, however. Krzysik noted that old windows were replaced with added insulation and new energy efficient windows. Old thermostats, blowers, lightbulbs and other hardware were changed out for devices designed to reduce electrical usage

On Oct. 16, 2011, when Msgr. Cahalane blessed a parking canopy — where most of the new solar panels were located — he told parishioners: “Welcome to a new milestone moment in our parish. As stewards of creation, we continue to celebrate with gratitude God’s blessings in abundance with the gift of creation and its energy all around us.”

Improvements in one area produced results in others, Krzysik said. For example, by switching from 250-watt bulbs in the church’s light fixtures to more efficient 40-watt bulbs, less electricity was needed to illuminate the church. Because the lower watt bulbs produced less heat, it also didn’t cost as much to cool the church, he added.

All these changes took place before Pope Francis landmark 2015 encyclical “Laudato Si’, on Care for Our Common Home,” cemented concern for the environment solidly within Catholic social teaching.

There was a lot of science involved, and a local company, Technicians for Sustainability, helped design, assemble and facilitate financing for the project. Arizona Interfaith Power & Light, the state affiliate of a national movement to link ecology and technology in support of faith communities, also helped.

Since installing the panels, the parish added an electric fueling station for hybrid autos.

As the parish moves forward, one challenge will be finding ways to store the power created by the solar energy for times when demand rises. Krzysik said the storage issue is one confronting the solar power industry right now, not just a parish in Arizona.

The parish is looking to build on its success with solar panels by planting a garden that can be used to raise fruits and vegetables to supplement the parish’s school lunches. is also investigating a rainwater collection and storage system that will support the garden without tapping into water supply.

Krzysik said the Care for Creation committee is considering advocacy — petitioning and lobbying state and utility leaders to provide incentives again to make the conversion to alternative energy such as solar panels more affordable.

NEXT: Conference to look at Luther’s impact 500 years after Reformation