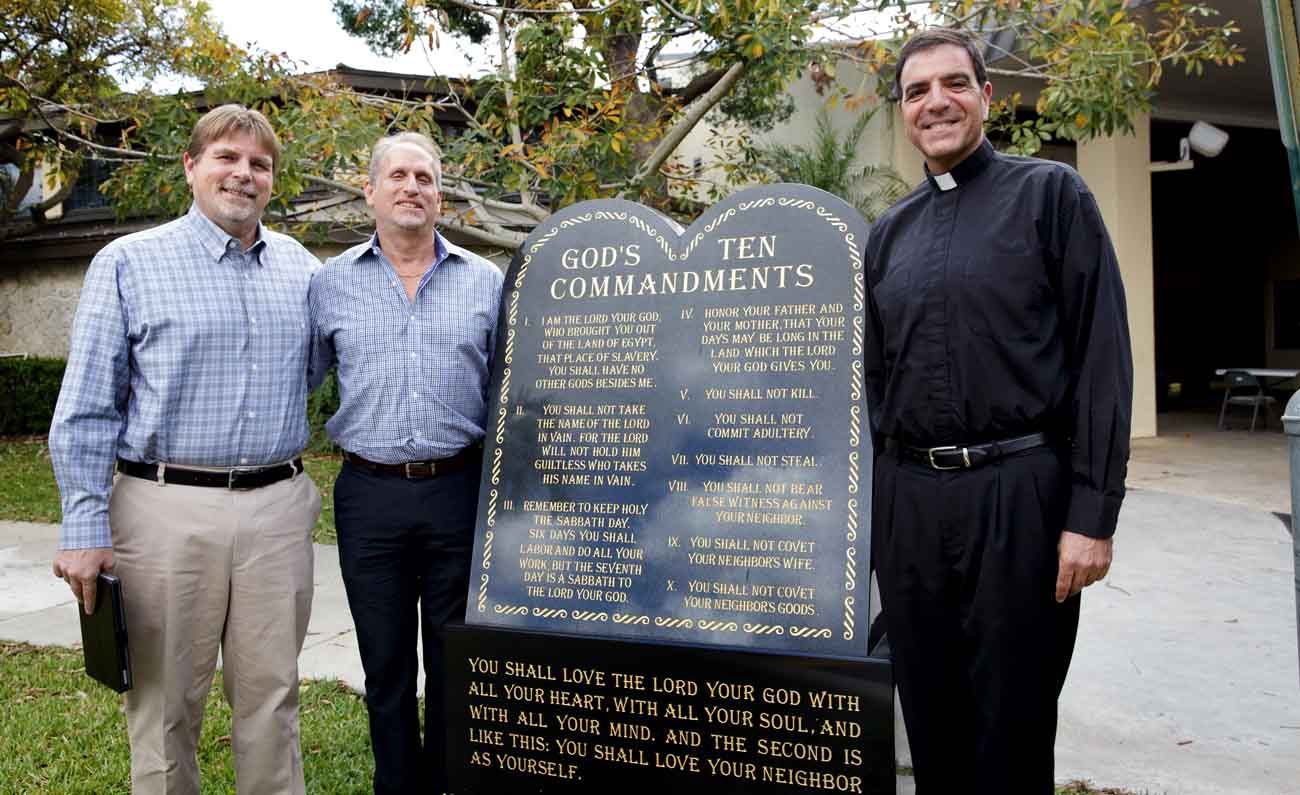 CORAL SPRINGS, Fla. (CNS) — While two culprits behind a yearlong wave of anonymous phone threats to Jewish community centers in Florida and elsewhere have been apprehended, members of an interfaith clergy group are concerned that ongoing political and social tension warrants ongoing vigilance.

Members of the Clergy Coalition of Coral Springs and Parkland have been meeting in an effort to strengthen clergy bonds and better respond to hate crimes and ease anxieties affecting faith communities.

“We believe as religious leaders our job is to identify that and work at promoting the opposite — which is unity and the commonality of who we are as human beings and God’s children,” Msgr. Souckar told the Florida Catholic, newspaper of the Miami Archdiocese.

The clergy coalition is an informal professional federation of the spiritual leaders of local houses of worship. With the motto “supporting each other in fellowship as we serve our maker and our community,” the coalition enables local religious professionals to learn from each other and work together to strengthen their ministries and to enhance the quality of life in the community.

The group’s Rapid Response Network includes individuals and faith communities in northern Broward County and believes that acts of intolerance and hate crimes attack the heart of American identity as a caring, diverse and inclusive society.

In recent years, the organization’s clergy have responded to threats, robberies and vandalism carried out against Muslim places of worship in Florida as well as other hate crimes.

“So the (Rapid Response Network) is something that we had been discussing and we all thought was a great idea to put our concerns into action,” Msgr. Souckar said.

For his part, the priest said that he planned to address the coalition’s activities and concerns with parishioners through the weekly bulletin, homilies and the pastoral council so that they become engaged themselves.

“We also have the benefit here in Parkland/Coral Springs of two major interfaith events every year: the National Day of Prayer in early May and a pre-Thanksgiving interfaith prayer service,” Msgr. Souckar said.

“So if, God forbid, any of our houses of worship were to be attacked or the object of a hate crime, it is not just toward a stranger, we are friends so therefore that action affects me and my faith community. The level of camaraderie and discussion which already exists among the clergy and religious leaders here is the foundation and good soil by which this can be planted and grow,” Msgr. Souckar said.

Rabbi Bradd Boxman, of Congregation Kol Tikvah in nearby Parkland and a coalition chairman, said he experienced fruits of good clergy cooperation following the Sept. 11, 2001, terror attacks and resulting community tensions while serving a community in Danbury, Connecticut. His experience is being applied in Florida.

“Operationally, the way it works, each different member of the clergy coalition will carry a cellphone so that (when) there is a hate crime we are not aware of, somebody can notify the rest of the coalition. We then interface with the victim and find out what do they want from us, what can we do to help and we activate this body,” Rabbi Boxman said.

“The purpose of this is twofold: to be proactive rather than reactive waiting for something to happen. We are ready to rock ‘n’ roll the first day if God forbid something happens,” the Jewish leader said. “The other (objective) is to send a message of hope and unity in a very real way that our community stands for righteous behavior and against hate.”

Another of the coalition’s leaders, the Rev. Randal Cutter of New Dawn Community Church in Coral Springs, said an offshoot of the coalition’s work to promote peace and harmony among faith communities shows that “we have a unified voice that we can use” to calm troubled waters.

NEXT: New food truck to help stem senior hunger in Diocese of Oakland