Pew study shows Christianity’s growth will be in global South 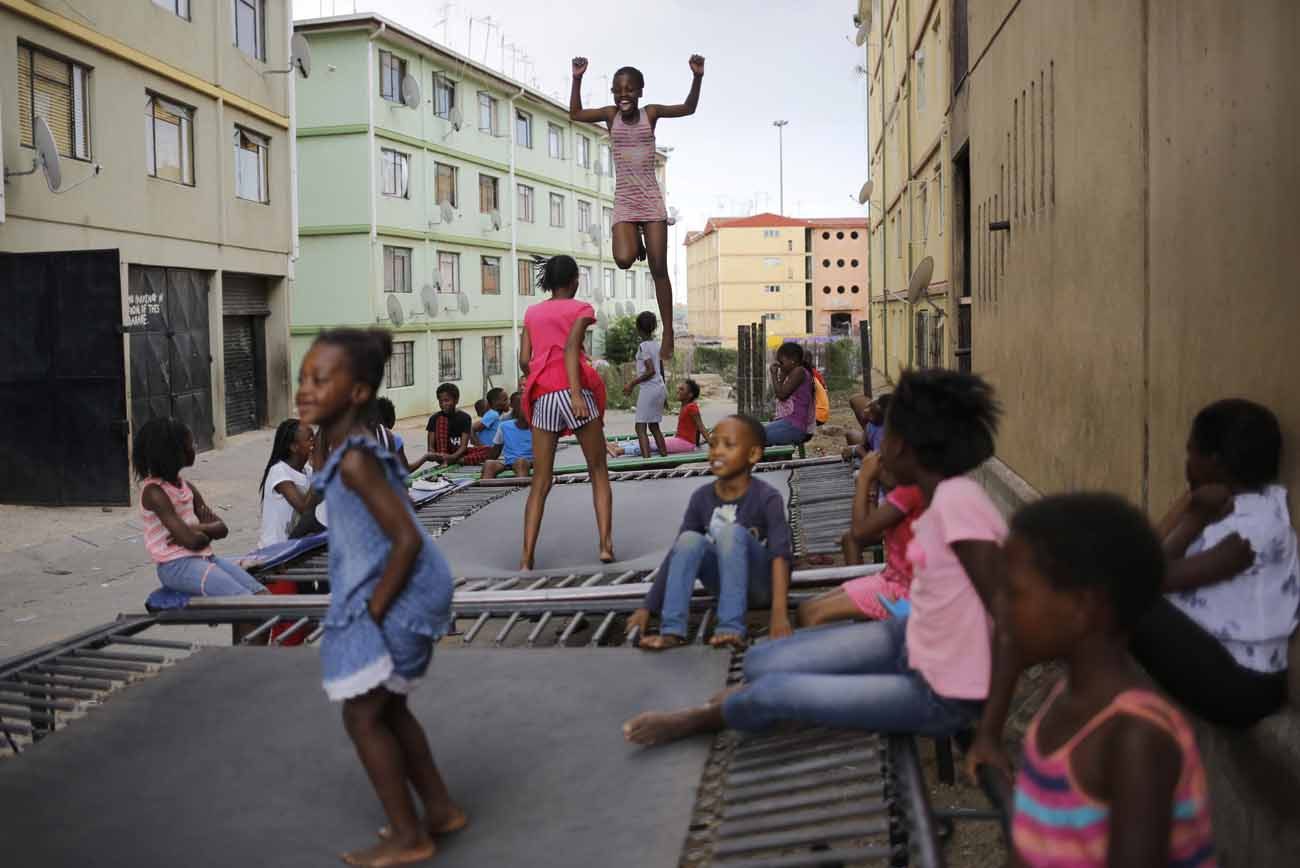 Children jump on a trampolines in 2016 in Johannesburg. Most of Christianity's future growth is likely to be in the global South, particularly in sub-Saharan Africa, where the Christian population is relatively young, according to a new Pew Research Center analysis. (CNS photo/Kim Ludbrook, EPA)

CAPE TOWN, South Africa (CNS) — Most of Christianity’s future growth is likely to be in the global South, particularly in sub-Saharan Africa, where the Christian population is relatively young, according to a new analysis from the U.S.-based Pew Research Center.

And, while at last count more babies were born to Christian mothers than to members of any other religion, reflecting Christianity’s status as the world’s largest religious group, Muslim births will start to outnumber Christian births by 2035.

The share of Christians worldwide who live in sub-Saharan Africa is expected to increase dramatically between 2015 and 2060, from 26 percent to 42 percent, due to high fertility in the region. At the same time, lower fertility and religion switching are among factors that will lead to a drop in numbers of Christians living in Europe and North America, according to Pew Research Center demographic estimates released April 5.

The center said there are important regional differences in birth and death trends for some religious groups. It noted that among Christians, sub-Saharan Africa experienced the biggest natural increase between 2010 and 2015 — with 64 million more births than deaths — followed by smaller Christian increases in Latin America and the Caribbean, Asia and the Pacific and North America.

Not only will there continue to be more Christian births than deaths in sub-Saharan Africa, but births will exceed deaths by larger numbers in upcoming five-year periods, it said.

In recent years, Christians have had a disproportionately large share of the world’s deaths — 37 percent — largely because of the relatively advanced age of Christian populations in areas such as Europe.

In Latin America and the Asia-Pacific region, the number of Christian births will continue to exceed the number of deaths through 2060, but the natural increases as 2060 draws closer will be much smaller than they are now, as these regions experience significant declines in fertility.

These are among the findings of the Pew Research Center’s analysis of demographic data, based on the same database of more than 2,500 censuses, surveys and population that it used for its 2015 report “The Future of World Religions: Population Growth Projections, 2010-2050.”

In 2015, Christians made up 31 percent of the world’s 7.3 billion people. Muslims were the second-largest religious group, with 1.8 billion people, or 24 percent of the global population, followed by religious “nones” (16 percent), Hindus (15 percent) and Buddhists (7 percent). Adherents of folk religions, Jews and members of other religions make up smaller proportions of the world’s people.

With births to Muslims in recent years making up an estimated 31 percent of all babies born around the world, Muslims are projected to be the world’s fastest-growing major religious group in future decades.

Globally, the relatively young population and high fertility rates of Muslims lead the Pew Research Center to project that between 2030 and 2035, there will be slightly more babies born to Muslims (225 million) than to Christians (224 million), although the total Christian population will still be larger. By the 2055 to 2060 period, the birth gap between the two groups is expected to approach 6 million: 232 million births among Muslims vs. 226 million births among Christians.

As a result, according to Pew Research Center projections, by 2060, Muslims will be 31 percent of the population and Christians will be 32 percent.

Except for Muslims and Christians, all major world religions are projected to make up a smaller percentage of the global population in 2060 than they did in 2015.