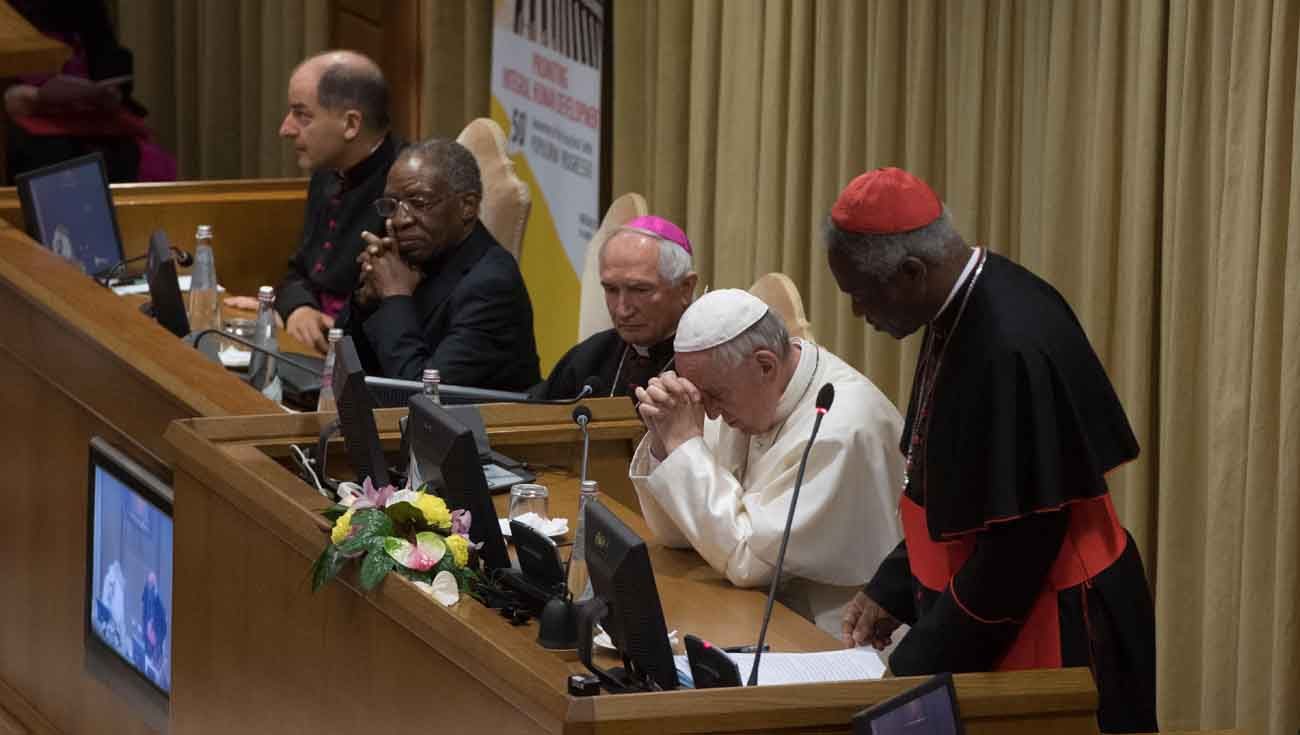 A development that is “fully human” recognizes that being a person means being in relationship; it affirms “inclusion and not exclusion,” upholds the dignity of the person against any form of exploitation, and struggles for freedom, the pope said April 4 at a Vatican conference marking the 50th anniversary of Blessed Paul VI’s encyclical on integral human development, “Populorum Progressio.”

Holistic or integral development, Pope Francis said, involves “integrating” all people into one human family, integrating individuals into communities, integrating the individual and communal dimensions of life and integrating body and soul.

Social integration recognizes that each individual has “a right and an obligation” to participate in the life of the community, bringing his or her gifts and talents to share for the good of all, the pope said. But it also recognizes that well-being is not something that can be improved or measured only with economic indicators; it includes “work, culture, family life and religion.”

“None of these can be absolutized and none can be excluded from the concept of integral human development,” he said, because “human life is like an orchestra that plays well if all the different instruments are in tune with each other and follow a score shared by all.”

One of the major challenges to integral development today, he said, is the tendency to focus either exclusively on the value of the individual or to ignore that value completely.

In the West, he said, culture “has exulted the individual to the point of making him an island, as if one could be happy alone.”

“On the other hand,” the pope said, “there is no lack of ideological visions and political powers who have squashed the person,” or treat people as a mass without individual dignity. The modern global economic system tends to do the same, he said.

Because human beings are both body and soul, working for their well-being must include respecting their faith and helping it grow.

The Catholic Church’s approach to development is modeled on Jesus’ approach to human flourishing, an approach that included spiritual and physical healing, liberating and reconciling people, the pope said.

NEXT: Cross is sign of God’s love, not just a shiny trinket, pope says