Cross is sign of God’s love, not just a shiny trinket, pope says 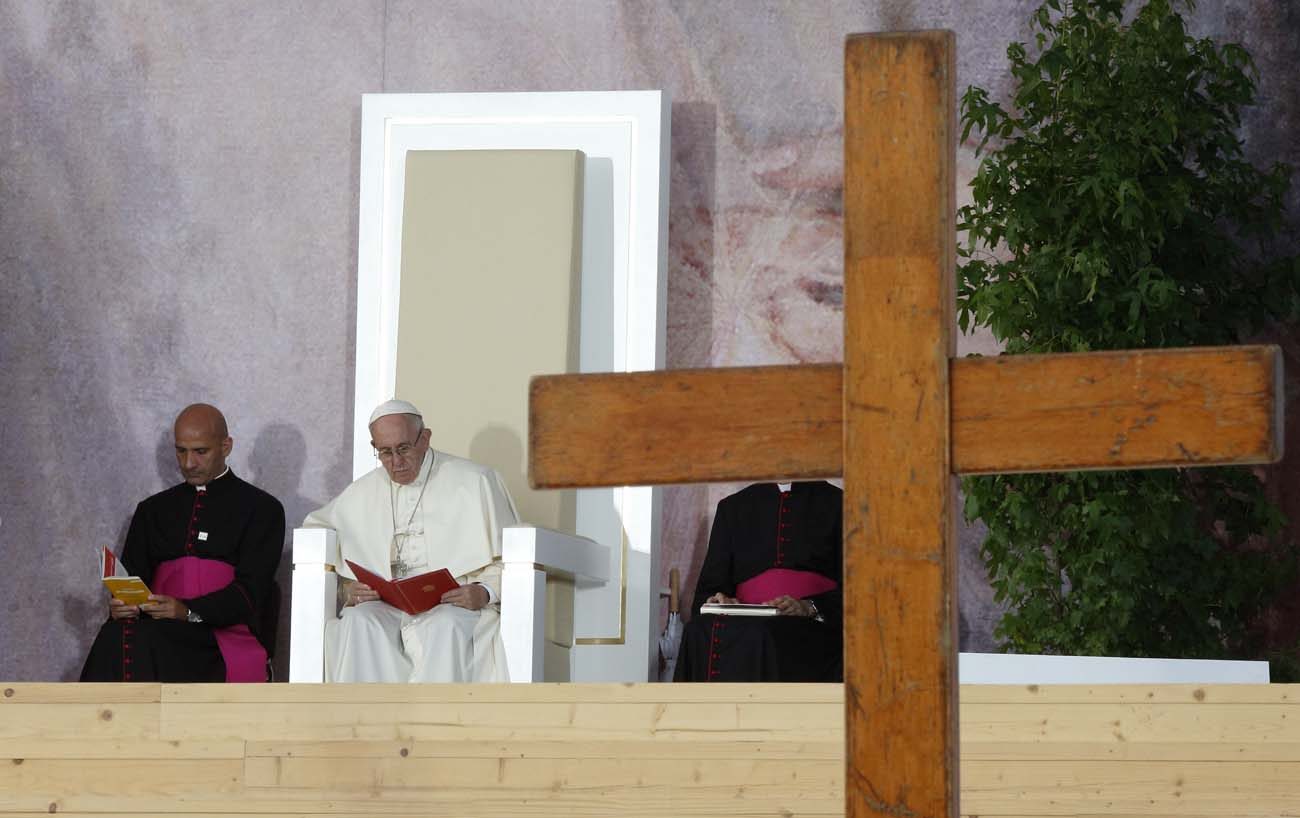 Pope Francis presides at the Way of the Cross during World Youth Day in Blonia Park in Krakow, Poland, in this July 29, 2016, file photo. (CNS photo/Paul Haring)

VATICAN CITY (CNS) — The cross is a sign of God’s love for humankind and not just an emblem of Christianity or a piece of jewelry to display, Pope Francis said.

The cross is a symbol of “the power of God who made himself sin to heal us,” and its significance can be lost due to a lack of faith in its saving power or the desire to show off, the pope said April 4 during his morning Mass at the Domus Sanctae Marthae.

“For some people it is a membership badge: ‘Yes, I carry the cross to show that I am a Christian.’ That is good, but it isn’t just a badge as if you were part of a team — a team logo — but a reminder of the one who made himself sin,” the pope said.

Reflecting on the day’s reading from the Book of Numbers (21: 4-9), which recounted the healing of the people of Israel who were poisoned by serpents, the pope said the bronze serpent was not only a reminder of how sin entered the world but also a “prophecy” of Christ’s death on the cross.

“Salvation comes only from the cross, from this cross where God was made flesh. There is no salvation in ideas; there is no salvation in good will, in wanting to be good. No! The only salvation is in Christ crucified because only he — like the bronze serpent — was able to take upon himself the poison of our sin and heal us,” the pope said.

Christians, Pope Francis said, must ask themselves if they are aware of the importance of the cross or if they carry it like “a trinket adorned with many precious stones and gold.”

“Each one of us today should look at the cross,” he said. “Look at this God who has made himself sin for us so that we will not die in our sins.”