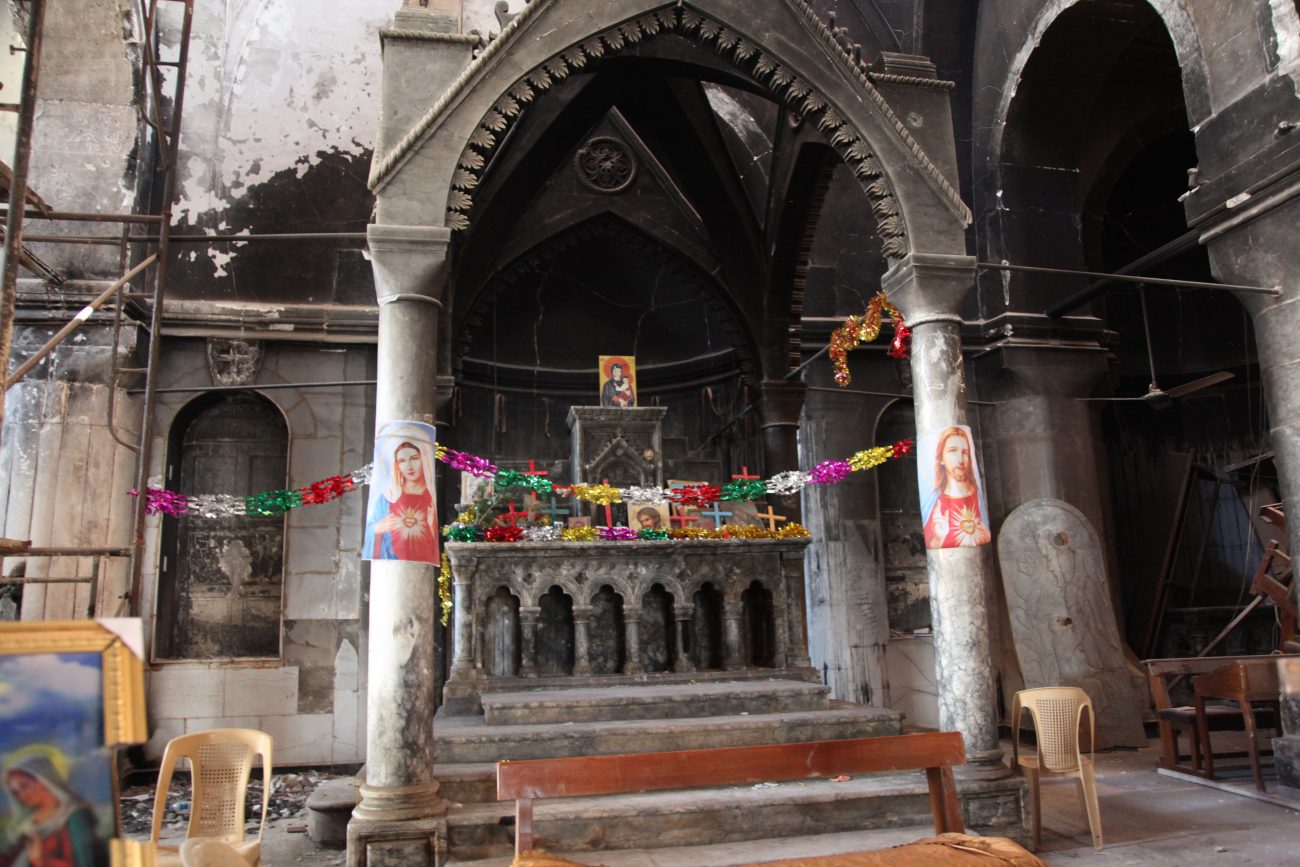 WASHINGTON (CNS) — The next few months will determine whether Iraqi Christians can return to their homes in areas where Islamic State had been routed, according to Msgr. John E. Kozar, international president of the Catholic Near East Welfare Association.

“Three liberated villages outside of Dahuk (in northern Iraq) are being resettled as we speak,” Msgr. Kozar told Catholic News Service in an April 7 telephone interview from CNEWA headquarters in New York.

“The reason people are very hesitant to go back there is the reason of security. They hold very close to them the reign of terror ISIS had produced. They’re looking for some reassurance from the Iraqi government and the Kurdish Peshmerga government,” the military force that has liberated areas previously under Islamic State control, Msgr. Kozar said.

“The second reason would be there’s no infrastructure. There’s no water, no electricity, no sewage,” he said. “Those would be the single most difficult challenges that need to be overcome. The next two, three months will tell the tale.”

One town, Batnaya, was 85 percent destroyed by aerial bombing, according to Msgr. Kozar. “That one, I don’t know what the future might be for that. It looked to me like something out of World War II,” he said. Another town, Baqova, he described as “more burned out — some aerial bombing but more internal bombing — but all burned out.” 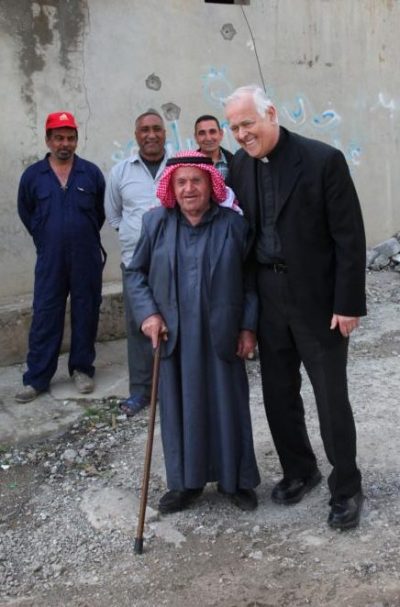 A third, somewhat larger town of 25,000, Teleskov, was “only occupied for nine days by ISIS. It was liberated after nine days, but it was then used by the Peshmerga as a staging area until three or four weeks ago. They use the distinction, ‘It was liberated, but not free,'” Msgr. Kozar said. “People accepted that to drive out ISIS from other towns and build up a fortification line so it would not come back.”

All three towns had significant Chaldean Catholic populations. Chaldeans are one of the Eastern churches, made up primarily of Iraqi Catholics.

Msgr. Kozar also visited Qaraqosh, one of the cities in northern Iraq with a significant percentage of Assyrian Catholics. He also visited with sisters who had a convent in the city.

Qaraqosh “is heavily damaged but not destroyed,” he said. “There are 4,000-5,000 homes burned out, but the structures — thanks be to God — are pretty fair, but totally looted … including seven Catholic churches and one Orthodox church, burned internally, pillaged and defaced.”

Msgr. Kozar recalled the extent of destruction at Immaculate Conception Church in Qaraqosh. The church courtyard, he said, was “all filled with soot, and there’s a heap of ashes in the center” as Islamic State had taken all of the church’s sacramentals, piled them up at the courtyard, and burned them. “ISIS had used it for target practice,” he added. “I even brought back shell casings as a little memento of the tragedy there. There was so much target practice there that they shot out two pillars in the courtyard.

“They defaced it in Arabic and German. ISIS had written really vile things about Jesus and the church. The convent was burned and gutted. Everything was stolen. Anything holy in their mind was burned,” he said. “That town had 52,000 Catholics that fled. Almost no one has returned there yet, even though technically it’s under the control of the Iraqi military and, in some sense, under the control of the Kurdish Peshmerga militia.”

Most Iraqi Christian are not prepared to go back, he said.

“What will they do? It’s really a very difficult time. Even though, on the one hand, ISIS has been routed within most instances, there’s still pockets in Iraq where ISIS has control.”

On the other hand, staying in the refugee camps is not a good option. “Some of the ISIS fighters have shaved their beards and are trying to sneak into the (refugee) camps,” Msgr. Kozar said. “This is part of that reign of terror.”

NEXT: Pope to formally approve canonizations, including of Fatima seers