Fatima seers are holy because of virtue, not visions, cardinal says 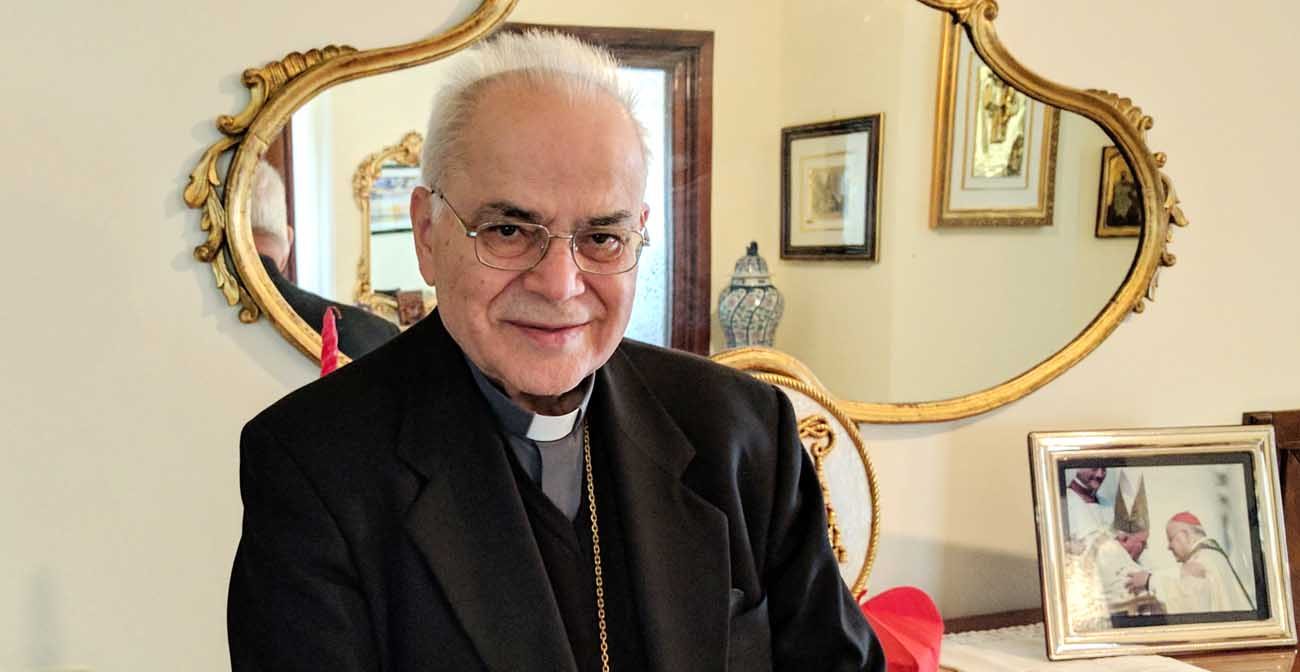 Portuguese Cardinal Jose Saraiva Martins, former prefect of the Congregation for Saints' Causes, is pictured at his residence at the Vatican March 29. (CNS photo/Junno Arocho Esteves)

VATICAN CITY (CNS) — As extraordinary as the apparitions at Fatima, Portugal, nearly 100 years ago were, the sanctity of the shepherd children did not hinge on their having seen Mary, a cardinal said.

“The apparition of the Virgin Mary was an occasion, but it has nothing to do with or has not influenced the reason” Blesseds Francisco and Jacinta Marto will be declared saints, Portuguese Cardinal Jose Saraiva Martins, former prefect of the Congregation for Saints’ Causes, told Catholic News Service.

“It was the children’s heroism in their lives, their life of prayer, their turning to God that was truly holy,” he said.

The Vatican announced April 11 that Pope Francis has convened cardinals living in Rome for a consistory April 20 to approve the canonizations of the two Fatima children.

With the approval of a miracle attributed to their intercession and the announcement of the consistory, many people are hoping Pope Francis will preside over the canonization ceremony during his visit to Fatima May 12-13.

The pope’s pilgrimage will mark the 100th anniversary of the Marian apparitions, which began May 13, 1917, when 9-year-old Francisco and 7-year-old Jacinta, along with their cousin Lucia dos Santos, reported seeing the Virgin Mary. The apparitions continued once a month until Oct. 13, 1917, and later were declared worthy of belief by the Catholic Church.

A year after the apparitions, both of the Marto children became ill during an influenza epidemic. Francisco died April 4, 1919, at the age of 10, while Jacinta succumbed to her illness Feb. 20, 1920, at the age of 9.

As the prefect of the Congregation for Saints’ Causes from 1998 to 2008, Cardinal Saraiva Martins oversaw the process that led to the beatification of Jacinta and Francisco Marto by St. John Paul II in 2000.

Cardinal Saraiva Martins told CNS that the process leading up to the beatification was stalled for decades and wasn’t easy because of a general assumption that children “do not have the capacity to practice Christian virtue in a heroic way.”

The church’s declaration of heroic sanctity, he added, “is fundamental for beatification.”

While he knew the children’s devotion to the Eucharist and to Our Lady of Fatima were well-known, the cardinal said one specific event during the apparitions left him “convinced” of their holiness.

At the time of the apparitions, the Portuguese government was strongly anti-Catholic. Artur Santos, mayor of the town where Fatima was located and president of the Masonic lodge of nearby Leiria, sent law enforcement officials to block the entry to the site of the apparitions.

He also kidnapped the three children to force them to deny Mary was appearing at Fatima after news of the apparitions spread, the cardinal said.

Santos separated Jacinta and Francisco from Lucia, telling the two children that their cousin was boiled in hot oil and that they would share the same fate if they didn’t say they didn’t see Our Lady and that “it was all a fantasy,” Cardinal Saraiva Martins said.

“What was the response of those two children? ‘You can do what you want but we cannot tell a lie. We have seen her (Our Lady),'” the cardinal said.

“I asked myself, ‘How many adults would have done the same?'” the cardinal said. “Maybe 90 percent of adults would probably say, ‘Yes, of course, it was a lie, it was all a fairy tale.'”

While the fact that the apparitions of Mary contributed to their sanctity “is evident and obvious,” Cardinal Saraiva Martins said, it was Blesseds Francisco and Jacinta’s “personal holiness that counts.”

“They were beatified because their heroic virtue was historically established; to prefer death rather than to say a lie,” he said. “For me, that fact of having preferred death instead of telling a lie, that is a heroic act. As I said before, an adult would probably not be able to do that.”