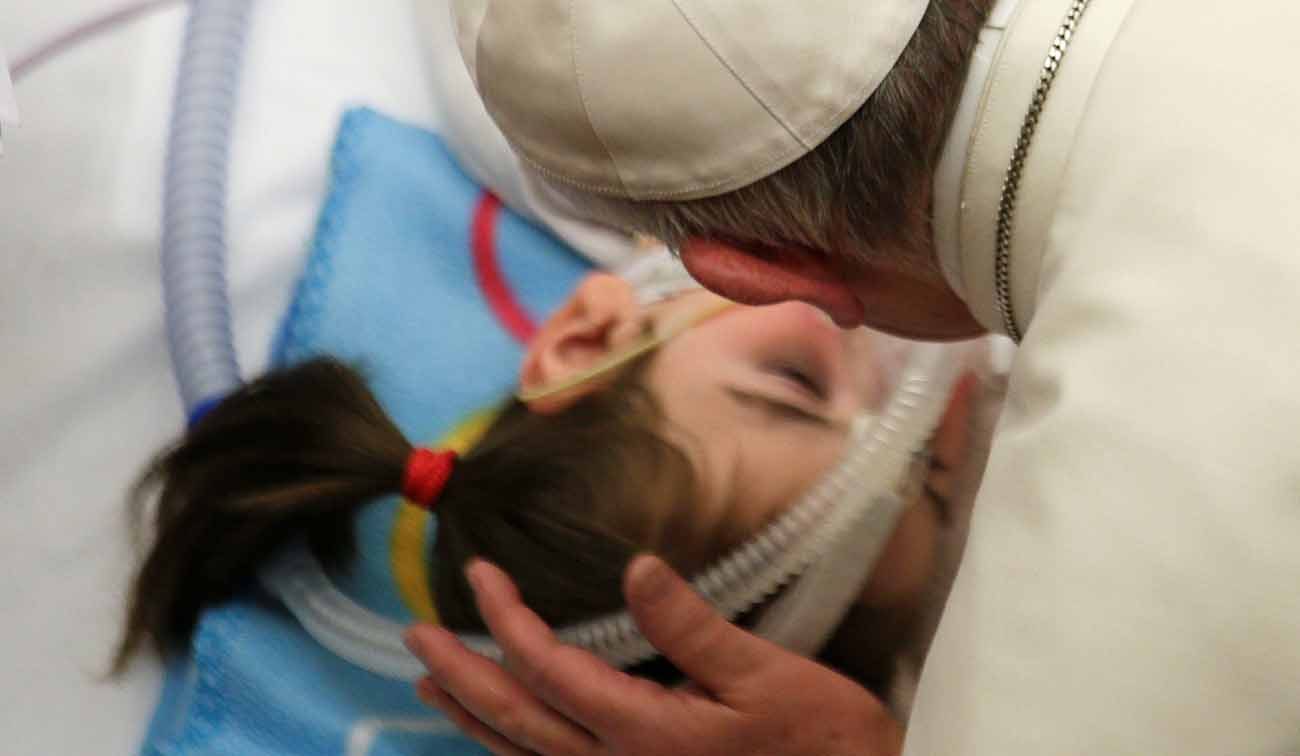 Pope Francis blesses a sick child as he leads a special audience in Paul VI hall at the Vatican for patients and workers of Rome's Bambino Gesu children's hospital in this Dec. 15, 2016, file photo. (CNS photo/Max Rossi, Reuters)

VATICAN CITY (CNS) — The kind of health care most at risk of being neglected for those who are ill or hospitalized is love, Pope Francis told pediatric patients.

A hospital must always carry out certain procedures and functions, but “there is the danger, the risk of forgetting the most important medicine only a family can give — caresses,” he said, emphasizing it was critical that hospital staff create a sense of being part of one family with patients and relatives.

In the Paul VI audience hall April 10, the pope met with patients, their family members and medical personnel from the Vatican-owned Bambino Gesu children’s hospital in Rome.

The children and young people spoke to the pope and gave him photographs and small gifts. He read aloud one note given to him on behalf of all the young patients, who thanked him for meeting with them “because you give us hope and courage for tomorrow.”

The pope told them he sensed that, “more than a hospital, this is a family” because medical staff always introduced the children to him by their names, knew their life stories and only mentioned their illnesses last, like a side note.

He said he understands how young patients would be fearful and feel insecure.

“Going into a hospital is always scary. I see it when I go up to some kids, not all of them, but some — the little ones — who see me dressed in white and they start crying. They think that I am a doctor” about to give them a shot “and they cry and are afraid,” he said.

But, he said, when he strokes them softly them they feel reassured. That is why it is so important to never forget to show loving care with a caress, he said.

This important “medicine,” however, is very expensive, he said, “because to have it, to be able to give it, you have to put your heart and soul into it, put your whole heart into it, all your love.”

The pope said for a Catholic hospital to be “Catholic” it must first be “human” and treat everyone as family and as being important.

PREVIOUS: Pope to formally approve canonizations, including of Fatima seers

NEXT: Fatima seers are holy because of virtue, not visions, cardinal says