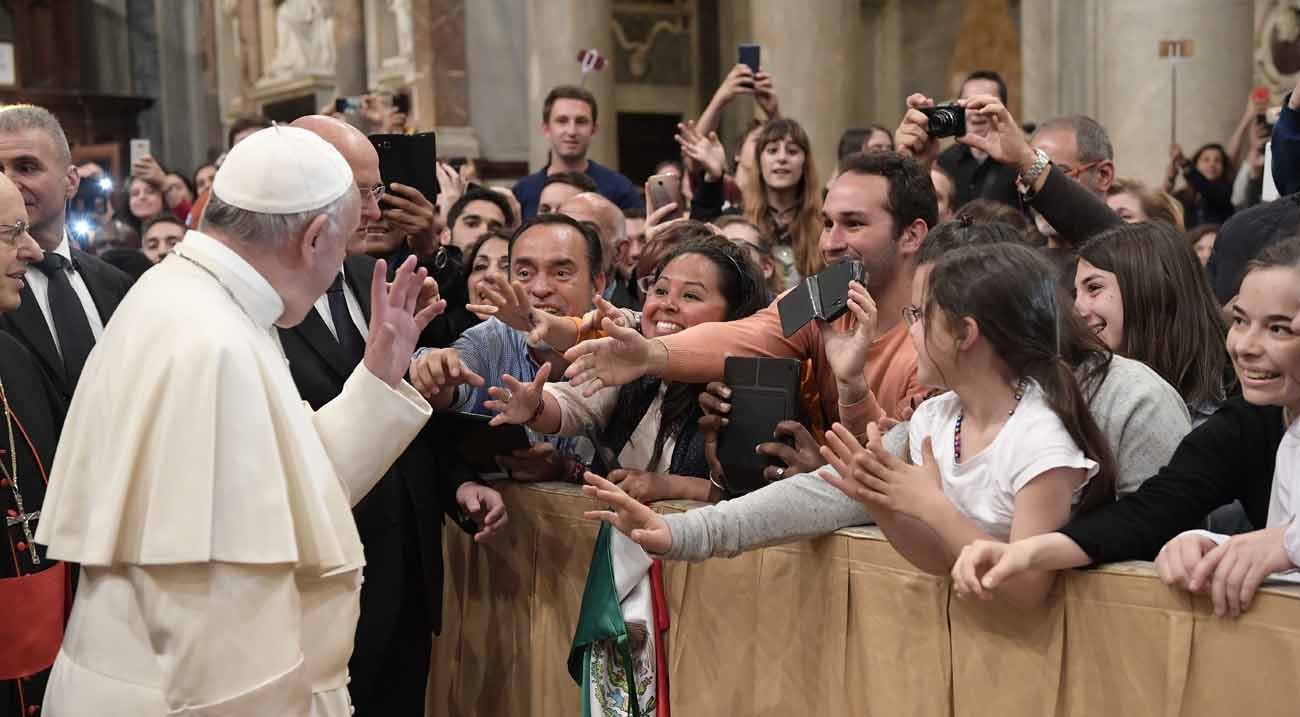 VATICAN CITY (CNS) — Heartfelt gratitude for the past, discernment of the present and hope for the future are the three key ingredients for renewal in religious life, Pope Francis said.

In an April 10 letter commemorating the 200th anniversary of the Marist Brothers’ founding, the pope encouraged the brothers to continue their work with young people, helping them to become “good citizens and, above all, good Christians.”

“These good works are the expression of the goodness and mercy of God, who, despite our limitations and ineptitude, never forgets his children,” the pope wrote to Marist Brother Emili Turu Rofes, the superior general, in the letter released by the Vatican April 20.

Founded in France by St. Marcellin Champagnat in 1817, the Marist Brothers dedicate themselves to educating and ministering to young people. The congregation, which now ministers to youths and young adults on five continents, will mark its bicentennial celebration with three events centered on the theme: “A new beginning.”

Gratitude, Pope Francis said, is the first sentiment that springs from the heart in order to value “the great works God has done” and continues to do through the Marist Brothers.

“Giving thanks also does us good. It helps us to recognize that we are small in the eyes of the Lord and indebted to a tradition that has been given to us without having done anything on our part,” he said.

However, the pope continued, the congregation should not only contemplate the past but discern their actions in the present as educators and ensure they continue to work “in the light of the Spirit,” like their founder.

“St. Marcellin Champagnat was an innovator in his time in the field of education and formation,” the pope said. “He experienced the necessity of love to bring out the potential each boy had hidden within him.”

Religious educators, he added, must care for their own spiritual well-being in order to “sow and care” for youths and young adults, the “sacred” field the brothers are called to work in.

“With this dedication and effort, faithful to the mission received, you will contribute to the work of God, who calls you to be simple instruments in his hands,” the pope said.

Lastly, Pope Francis called on the Marist Brothers to have hope for a future with “a renewed spirit.” This renewal, he explained, “isn’t a different route, but one enlivened” by the Holy Spirit and guided by Mary’s humility and service.

Pursuing that path, he said, the brothers can build a better world for all and become examples of “people who are solid in their principles” for today’s young men and women.

“Young people will recognize in your way of being and acting that there is something extraordinary, and they will understand that it is not only worth learning these values, but above all they will internalize and imitate them,” the pope said.