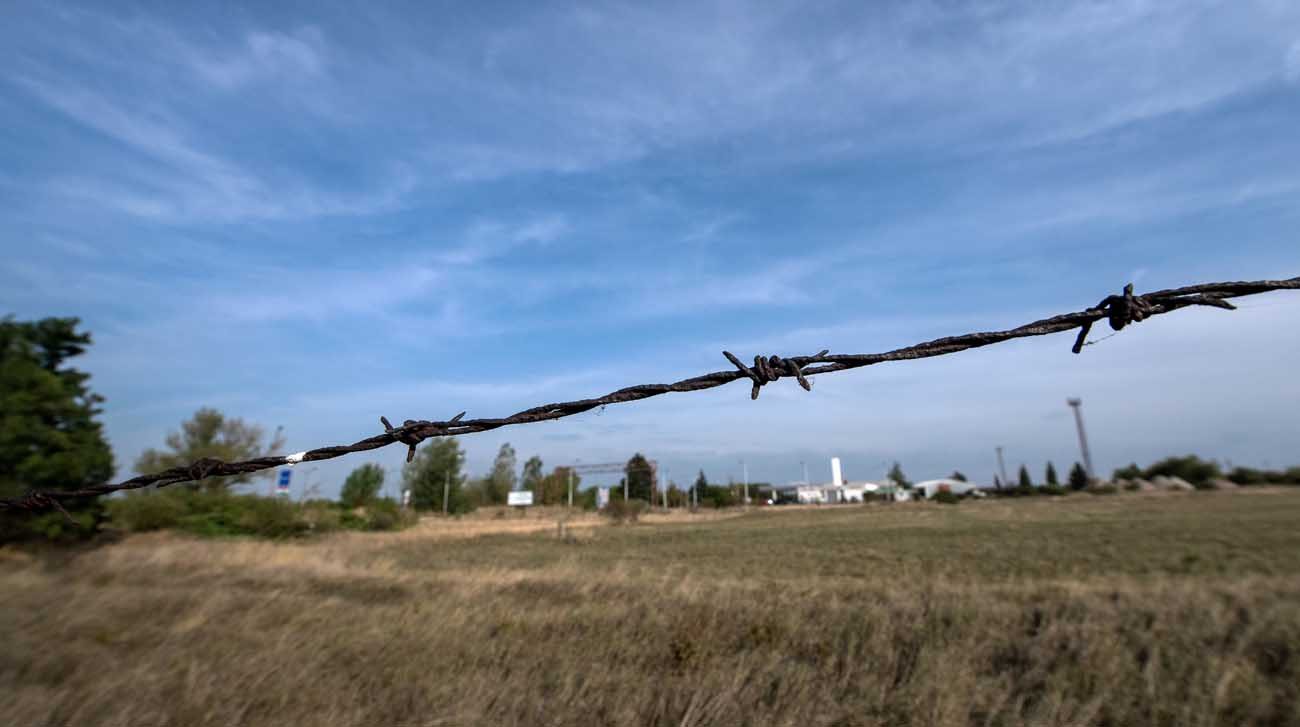 A razor-wire or barbed-wire fence is seen in 2016 near the Austrian-Hungarian border station in Nickelsdorf, Austria. Hungarian lay Catholics have circulated a petition, signed by members of other denominations, urging their country's churches to stop "closing their eyes" to the plight of refugees. (CNS photo/Christian Bruna, EPA)

WARSAW, Poland (CNS) — Hungarian lay Catholics have circulated a petition, signed by members of other denominations, urging their country’s churches to stop “closing their eyes” to the plight of refugees.

“We are aware the refugee crisis has become a major topic of daily politics in today’s Hungary, and that leaders of the historic churches have declared they do not wish to get involved in political disputes,” said the petition, signed by more than 540 prominent figures.

“However, the church of Christ cannot legitimately stay silent in the face of lawlessness, human rights infringements and violence. We count on our religious superiors to lead communities of reconciliation and peace.”

“Christian believers are observing the growing xenophobia in our country as the laws and public attitudes change,” the 500-word petition said.

It said Hungary’s new Asylum Act, which took effect March 28, permitted refugees, including unaccompanied children, to be herded into transit zones on the Serbian border.

It added that there had been “numerous testimonies” of abuse and cruelty inside the sealed zones, including police beatings, dog attacks, the smashing of mobile phones, seizure of money and denial of warm clothing and said Christians were “deeply concerned” by the churches’ silence.

“Hungary is treating these people as potential Muslim terrorists, although most are themselves fleeing the violence of Islamic extremists,” the petition said.

“We cannot claim to be protecting our Christian faith by rejecting refugees. Nor can we claim to be defending the church by closing our eyes to cruelty and allowing fear to control our actions.”

Hungary’s government has been widely criticized for using razor fences and armed police to restrict the flow of Middle East refugees into the country, which granted protection to only 425 of more than 29,000 asylum-seekers in 2016, according to government data.

The Hungarian bishops’ conference did not refer to the crisis in a statement from its March plenary and has made no statement about the new Asylum Act, which has been protested by Western human rights groups and denounced by the U.N. High Commissioner for Refugees for its “terrible physical and psychological effects.”

The petition said media images of the refugees had undermined “the foundations of social solidarity” in Hungary, with wider negative consequences for the poor and disabled. It urged church leaders to speak out publicly for more humane procedures and for the provision of medical and legal assistance for detained refugees.

A Budapest Catholic, Danel Antal, said in a statement with his signature it was “difficult to identify with a church which forgets its mission,” adding that it would be harder to “listen to the Hungary’s Christian churches” given their “silence toward this inhumanity.”

NEXT: In Syria, Franciscan superior sees devastation, but also signs of hope