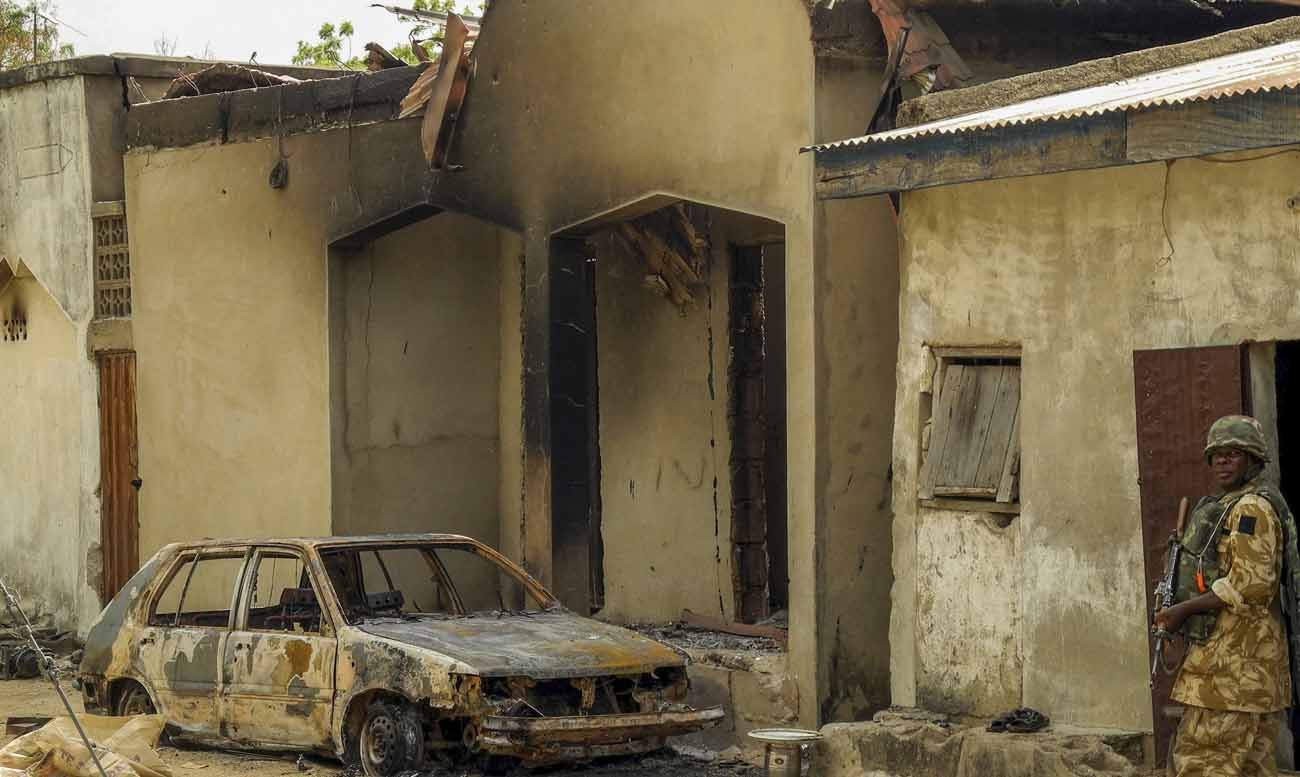 A Nigerian soldier walks near a building and vehicle destroyed by Boko Haram Islamic militants in 2015 after Nigerian troops recaptured Gwoza. (CNS photo/EPA)

LAGOS, Nigeria (CNS) — The Catholic bishop of a diocese at the center of the Boko Haram insurgency said the militants need to be fought on several levels.

“The battle against Boko Haram should not be limited to the physical realm, but it needs to be fought in the spiritual realm for it is a demonic attack,” Bishop Oliver Dashe Doeme of Maiduguri told reporters.

The bishop praised the current Nigerian government for its successes in the ongoing war against terrorism but urged it to end all violence in northeastern Nigeria, where there were still pockets of attacks and suicide bombings.

In mid-March, Borno Gov. Kashim Shettima said 100,000 people had been killed by Boko Haram militants in his state since the insurgency started in 2009. He also said 2.1 million people have become displaced within the state. He said more than 52,000 orphans were living on their own, and nearly 55,000 women had become widows. The governor said the figures were based on estimates from community leaders.

Bishop Doeme told reporters in early April that 500 Catholics were among the 100,000 killed. He said 25 priests and 40 nuns were among those displaced, while 250 churches in northeastern Nigeria had been razed by Boko Haram militants in 2014 alone.

The bishop said some of the 80,000 Catholics displaced by the insurgency had fled into Cameroon.

He also called on Christian organizations to help rebuild: “If the churches have been part of assisting the victims of the insurgency, they should equally be involved in the rebuilding plan.”

NEXT: Pope to priests: Never separate truth, joy, mercy from the Gospel