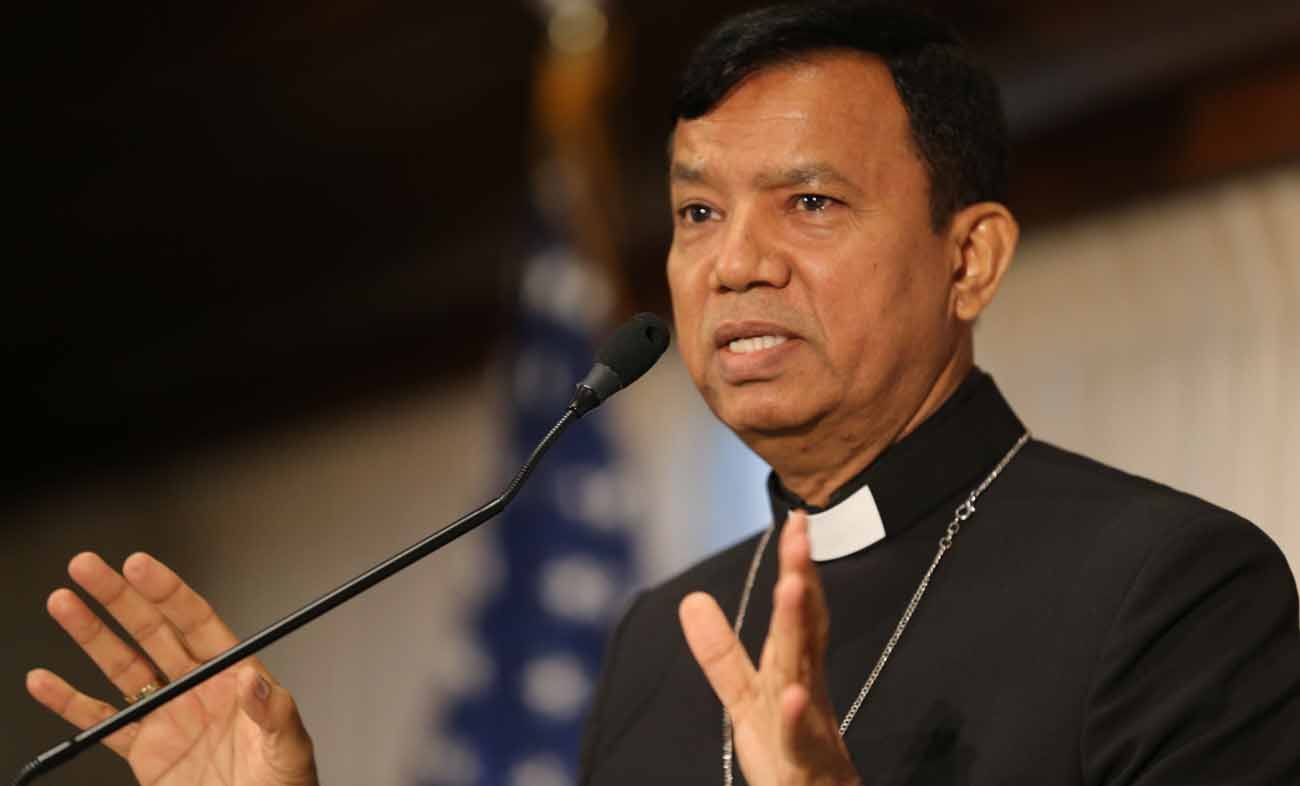 WASHINGTON (CNS) — A new study categorizes what kinds of responses emerge when Christians around the world are persecuted, noting that, most often, Christians choose a strategy of survival.

However, the findings also show Christians might choose a strategy of association — seeking to secure their religious freedom by developing ties with other Christian communities, non-Christian religions, and secular figures — and, on occasion, they use strategies of confrontation.

The report, “In Response to Persecution, Findings of the Under Caesar’s Sword Project on Global Christian Communities,” also offers recommendations for businesses, nongovernmental organizations, governments and scholars to help keep situations from getting worse.

The study was conducted by 17 scholars under the auspices of Under Caesar’s Sword, a partnership of the Notre Dame Center for Ethics and Culture, the Religious Freedom Institute, and Georgetown University’s Religious Freedom Research Project, with the support of the Templeton Religion Trust. Its findings were released April 20 in a forum at the National Press Club.

In establishing the three main categories of response, the scholars found that they were not mutually exclusive and that, sometimes, Christians of differing denominations within the same country responded in different ways. For example, in Vietnam and Laos, while Catholic bishops developed “a pattern of engaging the government, evangelical churches remained underground and separated,” the report said.

“The suffering in these countries, of course, is no less worthy of remembrance,” the report said.

It noted that while Western commentary normally blamed Islam for persecuting Christians, “the regimes that repress Christians vary widely. Islamist regimes like Saudi Arabia and Iran certainly constitute one type of persecuting state. Communist regimes like China, Vietnam, Laos, Cuba and North Korea are a second type. India, Sri Lanka and Russia exemplify a third type, in which various forms of religious nationalism promote a fusion of state, faith and national identity to the detriment of Christian minorities. A fourth category comprises regimes that impose a harsh secular ideology, such as the post-Soviet republics of Central Asia.”

It also noted that extremist groups such as the Taliban, Boko Haram, al-Shabab in Somalia and Kenya or Hindu fanatics in India also persecuted Christians.

It said survival strategies could include flight, going underground or showing support for oppressive regimes. In 43 percent of the cases — including Egypt, Libya and the Gaza Strip — Christians chose this survival option. In Iran and Saudi Arabia, “Christians live in constant danger of harassment, arrest, and harsh imprisonment,” the study found. “In these conditions, Christian responses are overwhelmingly ones of survival, mostly aimed at avoiding the attention of the authorities.”

Thirty-eight percent of the time, Christians chose association: engaging in interreligious dialogue, cooperating with other Christian communities, and forging coalitions and partnerships inside countries.

“Catholic and Protestant Christian communities in northern Nigeria, for instance, have formed ecumenical partnerships as well as close ties with mainstream Islamic leaders in the face of the rampant violence carried out by Boko Haram,” the report said. “Christian communities also forge ties with actors outside their country, including members of their own church, advocacy groups or foreign governments.”

Addressing Christian persecution during wars in Iraq and Syria, the report noted that Christians had fled en masse to other areas of the country when confronted with the Islamic State group’s choice of converting to Islam, execution, exile, or paying a tax. But it also noted that, in both countries, some Christians formed militias to protect their cities, while others performed social services, documented abuses and forged cooperation among communities.

The study found that Christian responses to persecution were almost always nonviolent and rarely involved acts of terrorism.

In the West, Christians face a subtle form of persecution associated with secularism, “particularly with respect to their convictions about sexuality, marriage and the sanctity of life,” the report said.

“Pope Francis has called these restrictions ‘polite persecution,’ implying that they are similar in kind, if not in degree, to overt persecution,” the study said.

The reported recommended that, when possible, persecuted churches should “be a vibrant part of their society, rather than isolated islands that refuse contact with other faiths, involvement in local societal issues, or social outreach. Churches can demonstrate to the authorities by their presence and actions that they promote harmony and the common good. In doing so, they can counter false stereotypes of being ‘fifth columns’ or agents of the West.” It also recommended Christians establish on-the-ground early warning systems in places where they face attacks.

In a series of recommendations for multinational nongovernmental organizations, the report recommended agencies draft guidelines on “how to ‘do no harm,’ covering, for example, not publicizing situations that could endanger persecuted churches, unless those in harm’s way specifically request publicity and protest.”

“Listen to persecuted churches, who know the challenges firsthand, even if their communications are not expressed in ways that NGOs find easy to assimilate or understand,” it said.

It also urged businesses and governments to avoiding the temptation of ignoring the persecution to promote good relations or economic interests.

NEXT: Pope in Egypt: Strengthening weary Christians, reaching out to all