Philippine archbishop rebukes faithful: ‘I am a Catholic but …’ 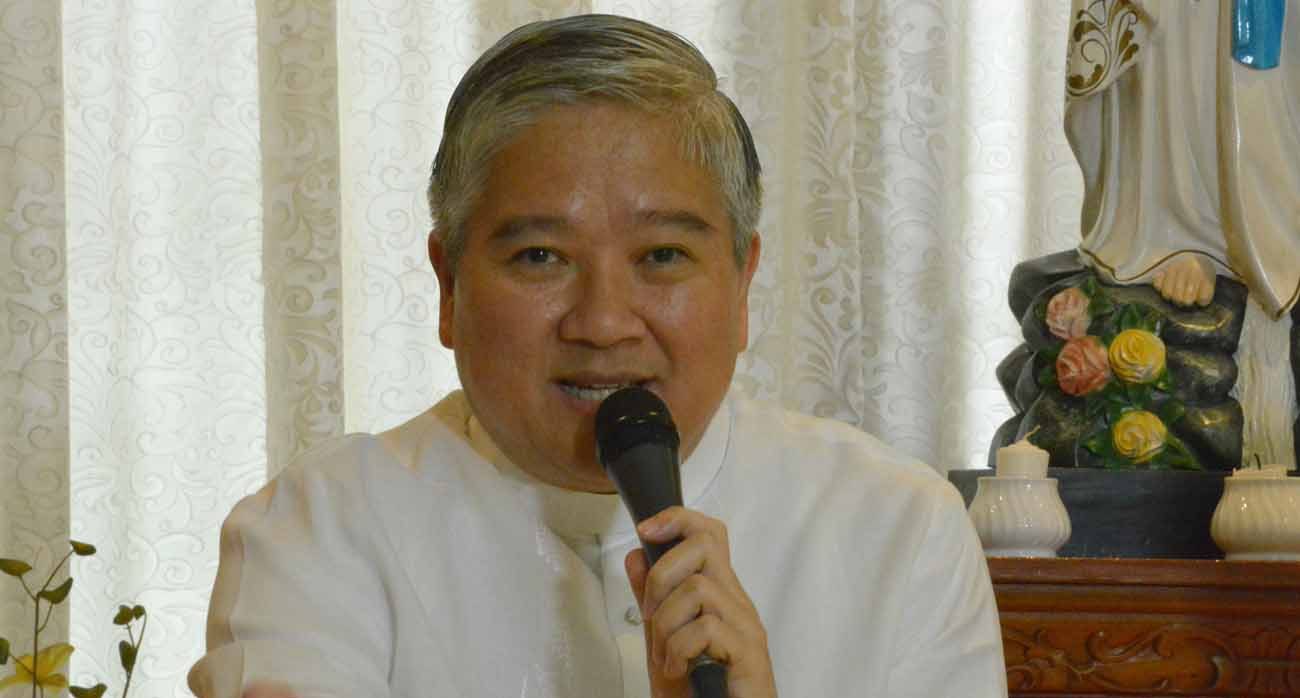 Archbishop Socrates Villegas, head of the Catholic Bishops' Conference of the Philippines, gestures during a 2014 news conference in Manila. Archbishop Villegas expressed concern over what he perceived to be a growing trend "of rebuffing church morals and doctrine" in his country. (CNS photo/Simone Orendain)

The head of the Philippine bishops’ conference expressed concern over what he perceived to be a growing trend “of rebuffing church morals and doctrine” in his country.

Archbishop Socrates Villegas of Lingayen-Dagupan opened his Easter message with a searing rebuke of the faithful in the Philippines, questioning their behavior.

Since Philippine President Rodrigo Duterte took office in June 2016 on a promise to eradicate crime and kill drug dealers and addicts, the archbishop has been a vocal critic.

Months later, more than 7,000 people, most of them impoverished, have died in either police anti-drug operations or in unexplained killings. And in early March, Duterte’s allies in the Philippine House helped pass a measure reinstating the death penalty, with the primary goal of executing drug offenders.

Archbishop Villegas’ criticism has grown more strident with the body count increasing and the latest steps toward restoring execution. The prelate has led prayer marches and authored letters and official conference documents decrying the “war on drugs” and the death penalty. Other church officials have also expressed dismay through various statements.

However, Duterte’s popularity ratings remain high, with supporters expressing strong backing online. In response to his church critics, Duterte has called priests hypocrites and accused them of being pedophiles or leading secretly married lives, among other scathing remarks.

In his Easter message delivered at St. John Cathedral in Dagupan City, Archbishop Villegas said it has become “fashionable” to make priests and bishops “the punching bags of public officials to the glee of our parishioners.”

“The church is ridiculed and her churchmen are rebuked. Christ’s teachings are relentlessly challenged. Human life is cheaper than a gun. God’s mercy is disdained and scorned,” he said, pointing out people’s apathy as they “walk not forward but backward, becoming, day by day, an angry society.”

Archbishop Villegas was particularly emphatic about bishop-bashing on the internet.

The archbishop said if this type of behavior continued he expected to see “more and more priests and bishops dying as martyrs in the prime of their lives.”

“If this should happen: Stand up and take courage. Go to jail for the sake of the Gospel. Be ready to be killed for the sake of our faith. The church will not die when Christ’s believers are killed. The Catholic faith will bloom, grow and glow,” said Archbishop Villegas.

PREVIOUS: Atop Mount Nebo, Christians pray for those in Mideast facing violence