Practical Christianity: Pope emphasizes real help for those in need 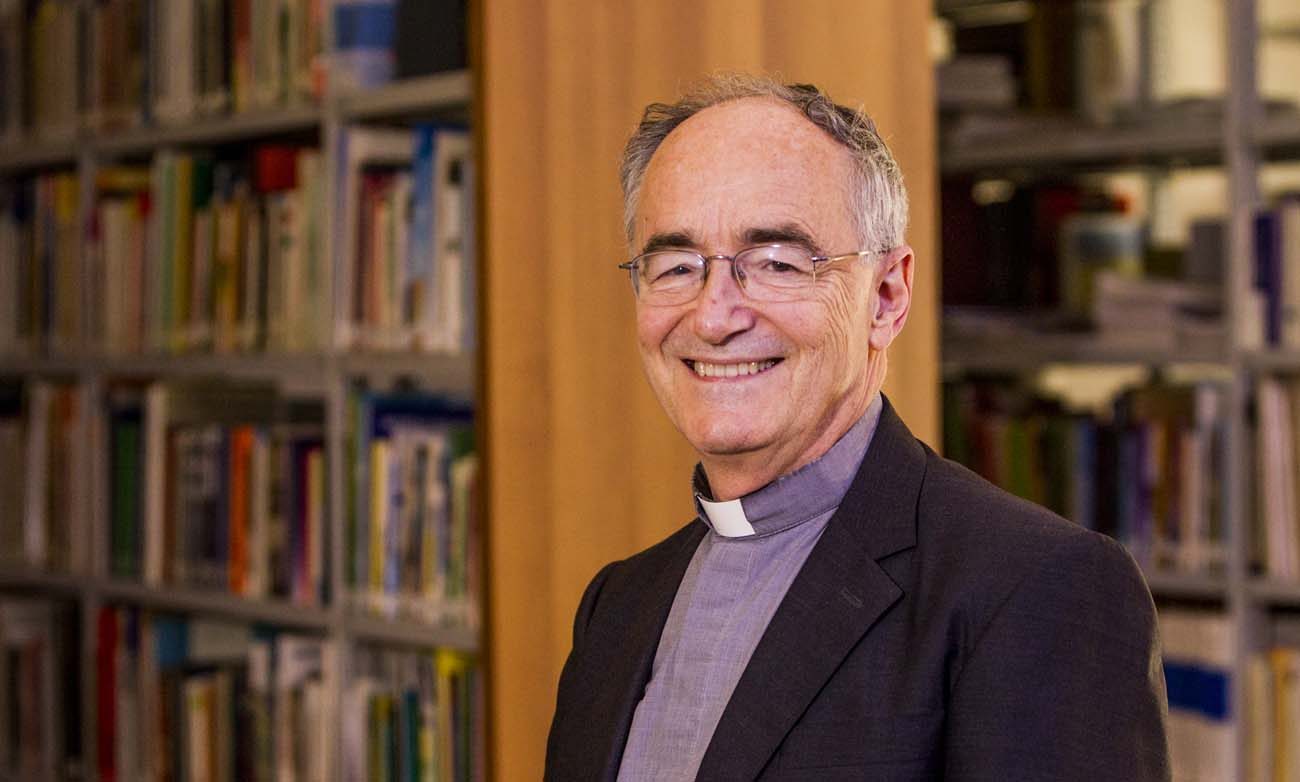 Jesuit Father Michael Czerny, undersecretary for migrants and refugees at the Vatican Dicastery for Promoting Integral Human Development, is pictured in an April 10 photo in Rome. (CNS photo/Robert Duncan)

VATICAN CITY (CNS) — Pope Francis’ unique approach to teaching the faithful combines speaking clearly and simply with showing people what steps — even small steps — they can take to make a difference, a Vatican official said.

“He is showing us a practical agenda for being a Catholic and being a Christian in the 21st century,” said Jesuit Father Michael Czerny, whom Pope Francis chose as one of two undersecretaries of the Migrants and Refugee Section of the Dicastery for Promoting Integral Human Development.

“We need programs and possibilities of action in order to live our faith,” Father Czerny said. The conversion Pope Francis wants people to undergo involves getting them to ask, “What is the next step that I could take to help our church and people to respond” to the needs of people and the demands of the Gospel?

“He’s not proposing a program or organization,” the Jesuit said, but he is asking “how can you contribute to people being a little less marginalized and a little more integrated?”

Father Czerny knows something about the experience of being a refugee and integrating into a new land. Born in 1946 in the former Czechoslovakia, he immigrated with his family to Canada. He entered the Jesuits in 1963 and in 1979 co-founded the Jesuit Center for Social Faith and Justice in Toronto. He directed the center until 1989 when he moved to El Salvador to help continue the work of six Jesuits murdered at the Central American University there.

From 1992 to 2002, he served as the social justice secretary at the Jesuit headquarters in Rome before moving to Africa as founding director of the African Jesuit AIDS Network. In 2010, he came back to Rome to serve as an official of the Pontifical Council for Justice and Peace. In January, the council became the foundation of the new Dicastery for Promoting Integral Human Development.

The statutes for the new office specify that, at least temporarily, Pope Francis will lead the Section for Migrants and Refugees with the assistance of the undersecretaries, Father Czerny and Italian Scalabrinian Father Fabio Baggio.

In an interview with Catholic News Service, Father Czerny said it is always tempting to look at big political and social problems like the refugee crisis and try to find “a formula or pattern that solves everything.”

But Pope Francis’ personal style and his insistence on the importance of encounters between individuals send a strong message that human problems require human solutions.

“Small steps do add up and they are the ones that touch us and transform us,” so that individuals who set out to help a person in need end up realizing they were given an opportunity to grow in their faith, Father Czerny said.

Pope Francis does not hesitate to name the issues and causes that individuals should place on their “moral agenda,” he added. The pope’s commitment to the poor and to the pressing migration and refugee scenario highlights his pastoral style, which shows us “how God is calling us to live the Gospel,” Father Czerny said.

Pope Francis’ impact is so great because his approach speaks to the individual, the Jesuit said. The pope’s words and actions focus on the “human element,” speaking to and interacting with people “personally and individually.”

“Human problems don’t seem to respond well to huge solutions,” he added. Individuals, parishes and dioceses need to look for small steps they can take to promote “a real encounter and real integration” of anyone in need.

Ultimately, those little steps help Christians “to rediscover our faith and to live it with greater joy.”

While Pope Francis is innovative in many ways, it is important to note the continuity of between Pope Francis and his predecessors, Father Czerny said. “All you have to do is visit the footnotes, and you’ll see that some of his most striking phrases are quotations from Pope Benedict XVI and St. John Paul II.”

Father Czerny said he hopes the legacy of Pope Francis will be that he “found a way of helping the church be both worldwide and very local” by using an approach that inspires individuals to live their faith “intensely and practically in a real way in so many different places.”

NEXT: Philippine bishop backs case against Duterte in international court