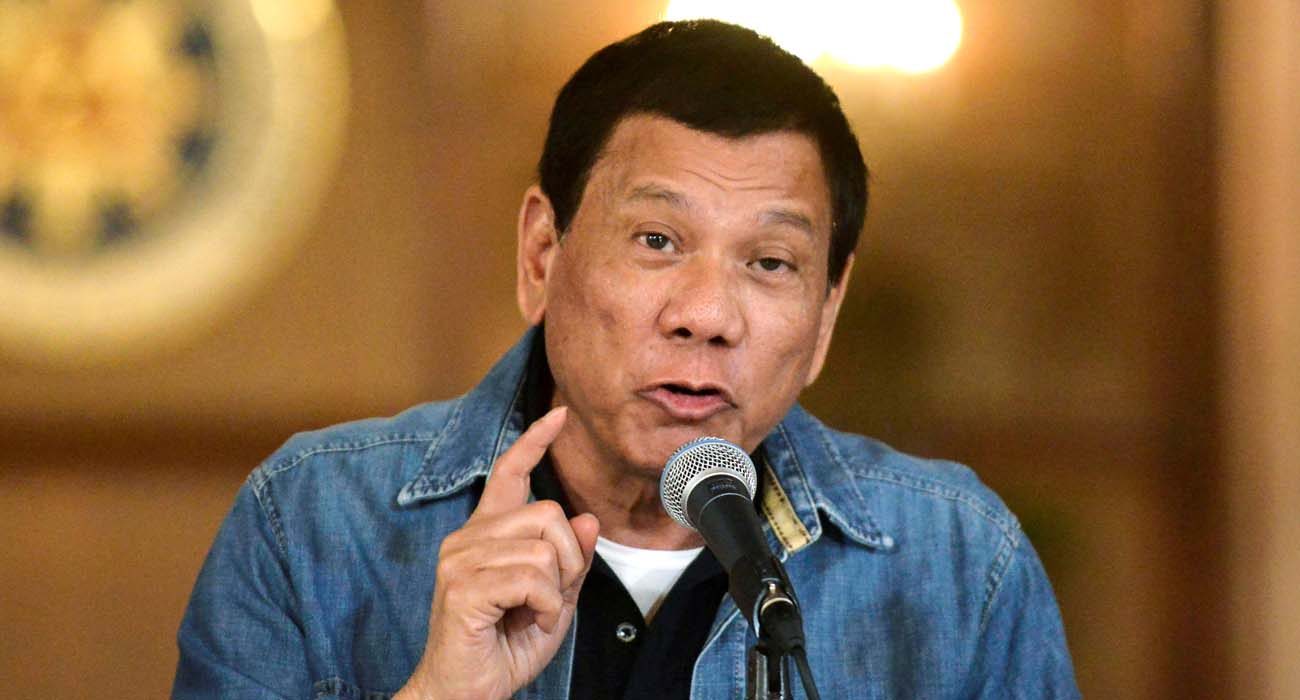 Philippine President Rodrigo Duterte announces the disbandment of police operations against illegal drugs Jan. 30 in Manila. The case filed against Duterte before the International Criminal Court in The Hague is a "very good step" toward stopping drug-related killings, a Catholic bishop said. (CNS photo/Ezra Acayan, Reuters)

MANILA, Philippines (CNS) — The case filed against Philippine President Rodrigo Duterte before the International Criminal Court in The Hague is a “very good step” toward stopping drug-related killings, a Catholic bishop said.

“It is our hope that this move will inject fear into the hearts and minds of the accused officials so that they will eventually and sincerely put a stop to these merciless killings,” said Bishop Arturo Bastes of Sorsogon.

Ucanews.com reported that the bishop said the International Criminal Court should “take serious action against the continuous and seemingly condoned violation of human rights in the Philippines.”

“Filing a complaint at the ICC is a good move for the whole world to know that crimes against humanity, seemingly sanctioned by the government, are being committed in this Christian country,” said Bishop Bastes.

Ucanews.com reported that a complaint of “mass murder” was filed against Duterte and 11 other Philippine officials for alleged crimes against humanity brought about by the drug-related killings.

Human Rights Watch reported in March that more than 7,000 people had been killed in either police anti-drug operations or in unexplained killings since Duterte took office June 30. In early March, Duterte’s allies in the Philippine House helped pass a measure reinstating the death penalty, with the primary goal of executing drug offenders.

The 77-page court complaint, “The Situation of Mass Murder in the Philippines, Rodrigo Duterte: The Mass Murderer,” alleges that Duterte masterminded the killings of suspected drug users and dealers.

The presidential palace dismissed the complaint as “black propaganda.”

In the Philippine Senate, Sen. Panfilo Lacson, a Duterte supporter, said the case against the president is “dustbin bound” for lack of solid evidence.

Sen. Risa Hontiveros said she was “saddened” that some members of the Senate were included among those charged before in the international court. Two sitting senators were also charged with violating various provisions of the Rome Statute, a treaty that established the International Criminal Court. The court is responsible for trying perpetrators of genocide, crimes against humanity, war crimes and crimes of aggression.

The Philippines ratified the statute in August 2011.

Religious leaders, including the Catholic bishops, have criticized the killings, although the bishops have stated they oppose Duterte’s policies, not Duterte as a person.

NEXT: Prayer is important part of helping the poor, pope says