South African bishops: Zuma resignation would not solve all problems 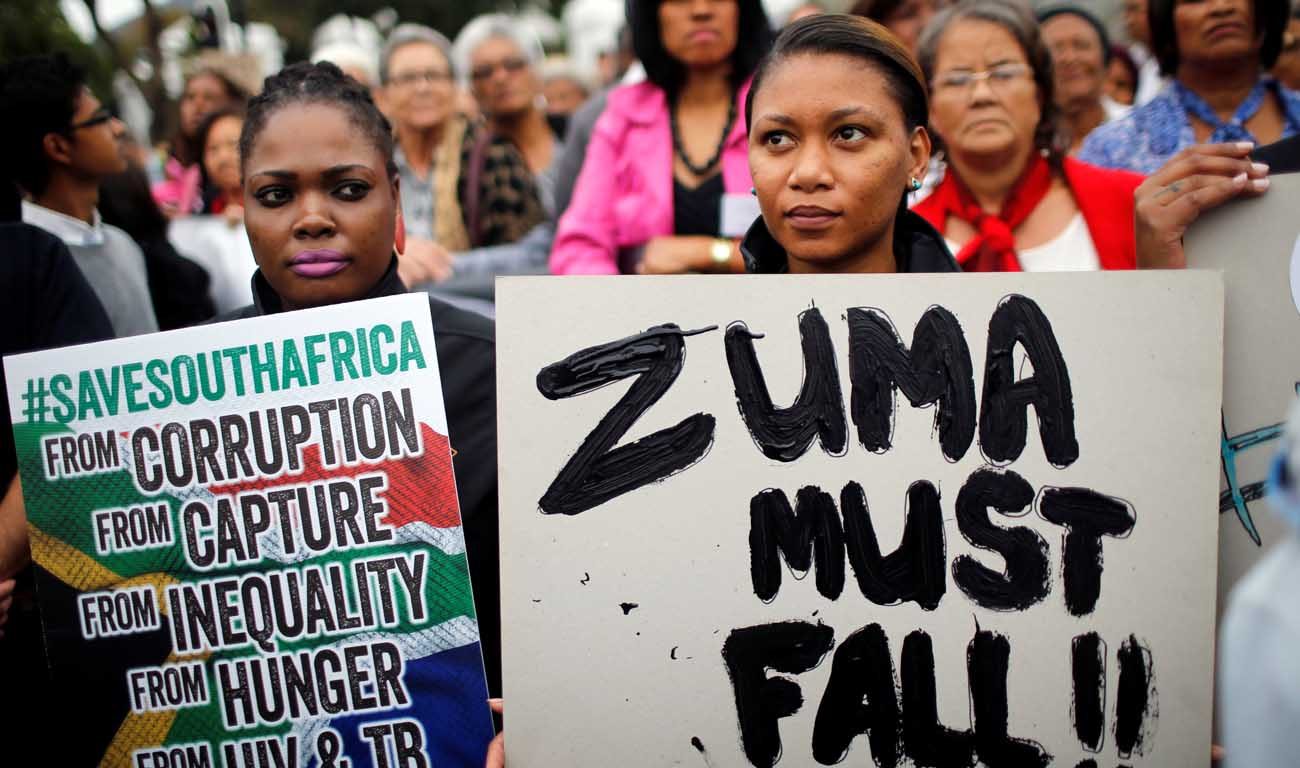 CAPE TOWN, South Africa (CNS) — Corruption must be rooted out at every level of government in South Africa, said the country’s Catholic bishops.

They said while they respected calls for the resignation of President Jacob Zuma, “such a step would not in itself be a complete solution.”

In an April 3 statement, the Southern African Catholic Bishops’ Conference said leaders of the ruling party “must make serious and strenuous efforts to end corruption and patronage at all levels of governance.”

The bishops are concerned about Zuma’s decision-making process and his motivation for shuffling the Cabinet, said the statement issued by Archbishop Stephen Brislin of Cape Town, conference president.

South Africa’s democratically elected government “is entrusted with the task of governance,” and decisions made by those not elected to public office pose a “threat to the democratic process,” the statement said.

The March 30 Cabinet shuffle deepened divisions in the African National Congress, which has governed South Africa since the end of apartheid in 1994.

Gordhan, who was widely considered a bulwark against corruption, was seen to be the target of political pressure from a faction allied to Zuma.

Noting that Zuma appears to have “lost the confidence of many of his own closest colleagues, as well as that of numerous civil society organizations,” the bishops said that the president “should earnestly reconsider his position, and not be afraid to act with courage and humility in the nation’s best interests.”

Parliament must be reconvened immediately, they said, noting “an enormous obligation on our public representatives” to hold the executive arm of government to account.

“We have confidence in the leaders” of Parliament and the African National Congress “and we trust that they will rise to the occasion and give decisive, fearless and honest leadership,” the bishops said.

The conference’s justice and peace commission said there is a “strong impression” in South Africa that Cabinet shuffles “are done in the interest of the president’s political survival and his patronage networks, and not in the best interests of the nation.”

In a March 31 statement, Bishop Abel Gabuza of Kimberley, who chairs the commission, urged the president to set up a probe into “corporate state capture, especially corporate involvement in Cabinet appointments.”

In a statement from Johannesburg, South Africa’s Jesuit Institute urged “all South Africans to join together in charting a path toward a peaceful and decisive resolution to this crisis.”

NEXT: Philippine bishops say they oppose Duterte’s policies, not the man