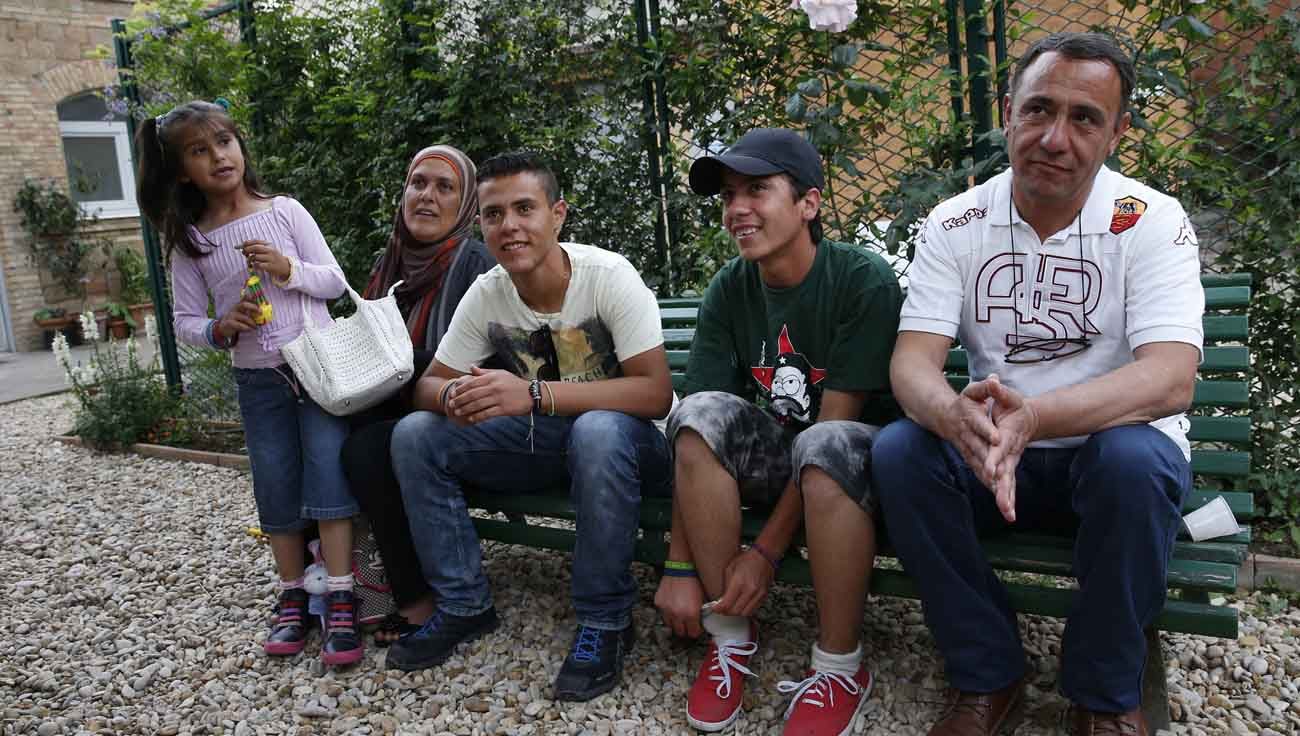 Syrian refugees Ramy and Suhila and their children, Khodus, Rashid and Abdul Mejid, relax in Rome in 2016 after Pope Francis brought them with him from a refugee camp in Lesbos, Greece. (CNS photo/Paul Haring)

VATICAN CITY (CNS) — The first three refugee families from Syria welcomed by the Vatican left their temporary homes to start their new lives in Italy, and three new families took their places in Vatican apartments.

The papal Almoner’s Office, which helps coordinate Pope Francis’ acts of charity, announced April 2 that two Christian families and one Muslim family moved the apartments that housed the first refugee families welcomed by the Vatican in late 2015 and early 2016.

The two Christian families, the papal almoner’s office said, arrived in March after “suffering kidnapping and discrimination” because of their faith.

“The first family is composed of a mother with two adolescent children, a grandmother, an aunt and another Syrian woman who lives with them,” the office said.

The second family is a young couple, who had their first child — a daughter named Stella — shortly after moving into the Vatican apartment, the Almoner’s Office said. “The mother had been kidnapped for several months by ISIS and now, in Italy, has regained serenity.”

The third family — a mother, father and two children — arrived in Italy in February 2016, the office said. The children have been attending elementary school in Italy while the mother has been attending graduate courses and currently has an internship.

The Vatican welcomed the refugee families after an appeal made by Pope Francis Sept. 6, 2015, in which he called on every parish, religious community, monastery and shrine in Europe to take in a family of refugees, given the ongoing crisis of people fleeing from war and poverty.

Archbishop Konrad Krajewski, the papal almoner, said that aside from providing a home for the three families, the office also continues to provide financial support to the three Syrian families whom Pope Francis brought to Italy after his visit last year to the Greek island of Lesbos and for the nine additional refugees who arrived later.

NEXT: Pope approves provisions to recognize marriages of SSPX faithful