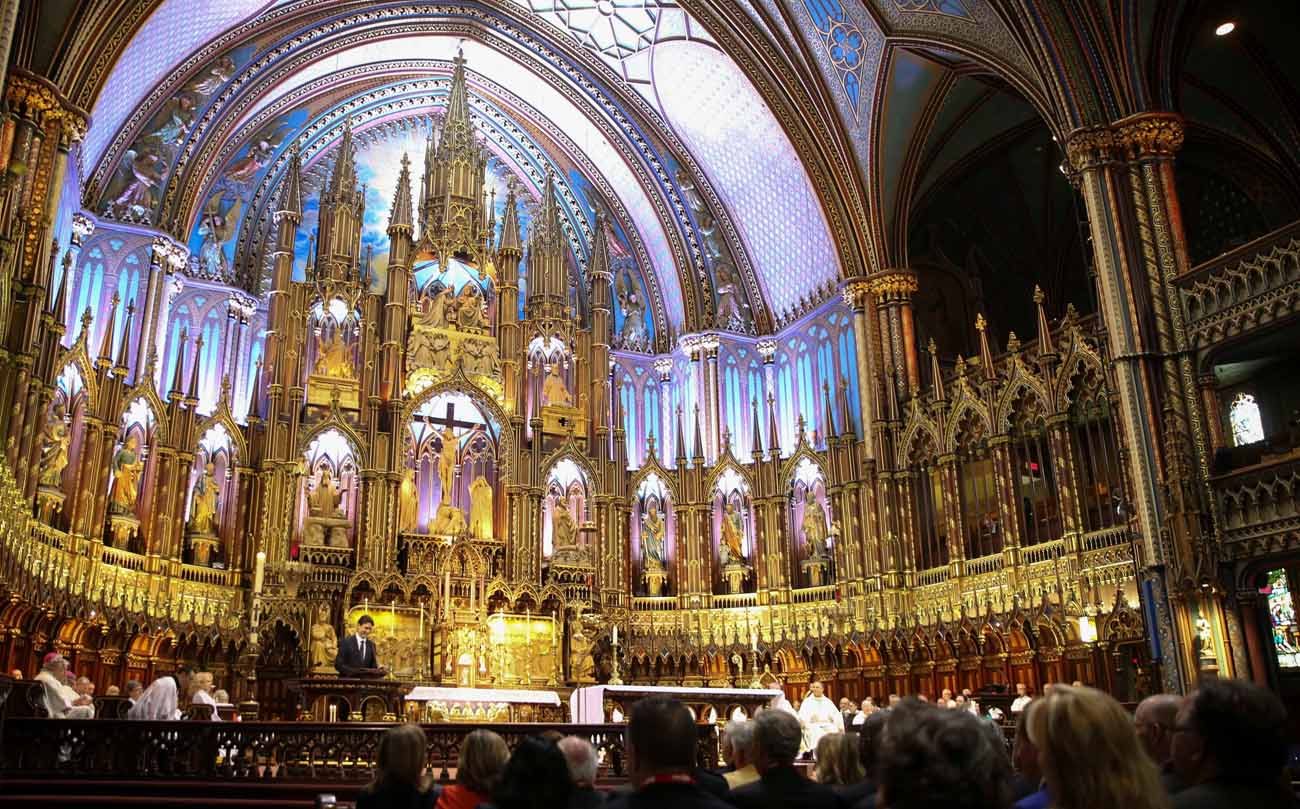 MONTREAL (CNS) — Montreal’s 375th anniversary celebrations kicked off inside Notre-Dame Basilica with a celebration emphasizing that Montreal was not born out of violence or greed, but as a spiritual endeavor.

The Mass celebrated the birth of Ville-Marie — Montreal’s original name — in 1642. Archbishop Christian Lepine of Montreal recalled the memory of the founders of Montreal, “those adventurers of hope” who dared “set out without being sure of tomorrow.”

It is through “their faith in the beauty of the project of a city founded on spirituality, togetherness and solidarity” that Montreal was born, said Archbishop Lepine. These “founding values have gone through time and are still current,” he said, recalling that “the value of living together is part of the genes of Montreal and its history.”

In a message to Archbishop Lepine, Pope Francis also noted the solidarity that drives Montreal and its inhabitants.

“In fidelity to the evangelical intuitions of the founders of Ville-Marie, the Holy Father encourages all inhabitants of Montreal to build bridges between men, respecting their differences and thus contributing to the building of a more just and fraternal society,” read Archbishop Luigi Bonazzi, apostolic nuncio to Canada.

Iroquoians had a fortified village called Hochelaga at the site of what is now Montreal. French explorer Jacques Cartier visited the village in 1535. Cartier gave the name “royal” to the mount on the island.

On May 17, 1642, a permanent settlement called Ville-Marie was established with a group of priests, nuns and settlers. 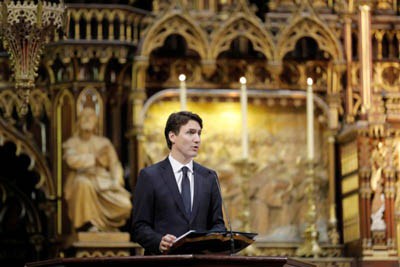 French noble Paul Chomedey de Maisonneuve and Nurse Jeanne Mance are known as the co-founders of Montreal. Mance — recognized as venerable, a step toward sainthood — established the Hotel-Dieu de Montreal, the city’s first hospital, still active today. The Sulpicians also played an important role in the development of Montreal.

Strategically located on the St. Lawrence River, Montreal grew under the French regime, then under the British. The city is associated with many major Catholic figures, including St. Marguerite Bourgeoys (1620-1700), St. Marguerite d’Youville (1701-1771), and St. Brother Andre (1845-1937), the founder of St. Joseph’s Oratory of Mount Royal. The Archdiocese of Montreal is the most populated in Quebec, and some archbishops have been named cardinals over the years.

In his intervention at the Mass, Montreal Mayor Denis Coderre also emphasized the religious origins of Montreal.

He recalled that on May 17, 1642, “Paul de Chomedey de Maisonneuve, Jeanne Mance and the 40 or so settlers and religious who founded the village of Ville-Marie dreamed neither of glory nor of fortune. Their only ambition was to build a missionary city.” This Mass, the mayor said, is “a tradition that reminds us who we are and where we come from.”

“Montreal was built first and foremost on the teaching of the Catholic Church. We inherit this legacy entirely,” said Coderre. His words were greeted with applause.

NEXT: Malnutrition in Venezuela at humanitarian crisis level, Caritas says