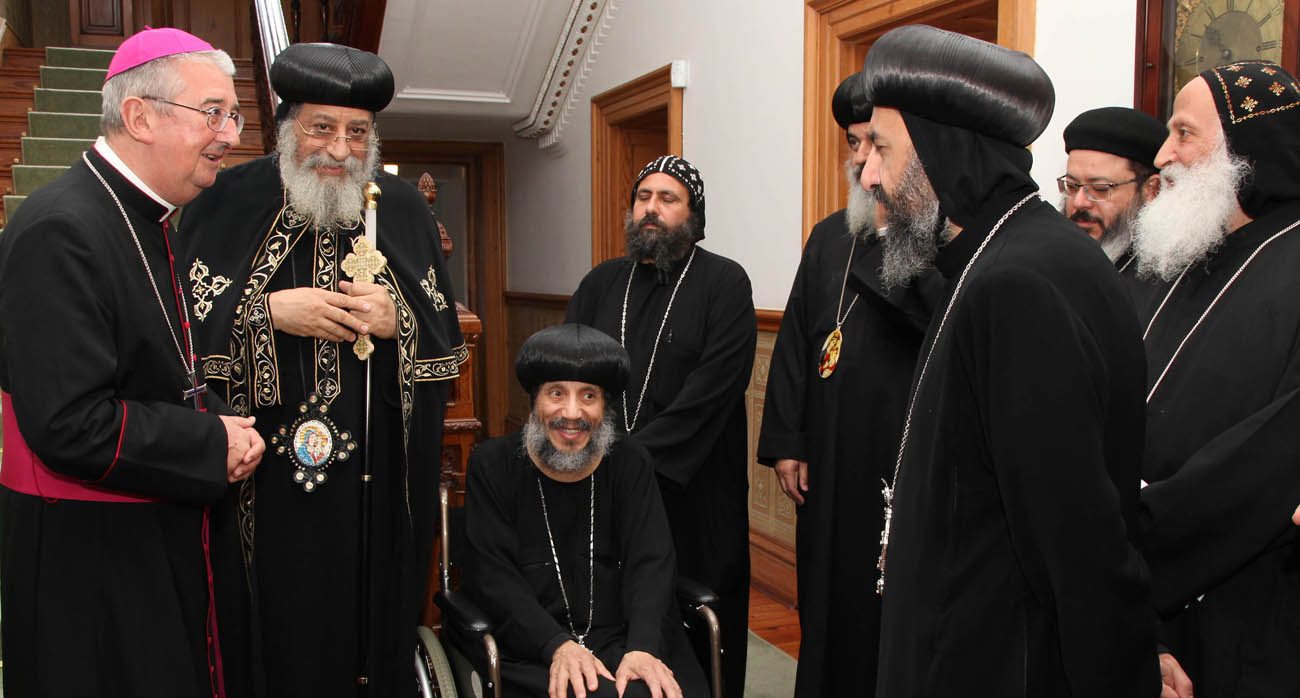 Dublin Archbishop Diarmuid Martin greets Coptic Orthodox Pope Tawadros II, second from left, and his delegation, May 18 at the archbishop's residence. The Coptic leader and his delegation were on a five-day visit to Ireland. (CNS photo/John Mc Elroy)

“Christians in Egypt are now struggling for their existence,” he told Archbishop Martin May 18.

Archbishop Martin told Pope Tawadros that Irish Catholics were “very aware of the suffering that your Coptic community has endured even in recent weeks,” a reference to a pair of terrorist attacks April 9 at two Egyptian churches. The Islamic State group claimed credit for the attacks, which killed at least 45 people, injured more than 100 others and shook the Middle East’s largest Christian community to the core.

Assuring the Coptic leader of his “prayerful solidarity,” Archbishop Martin expressed the hope that Egypt could “become a beacon in the region for freedom of religion and for dialogue among all believers, especially with our Muslims sisters and brothers.”

The Coptic leader’s visit follows his pastoral visit to Britain, where he was received by Queen Elizabeth, Anglican Archbishop Justin Welby of Canterbury and the Prince of Wales.

On May 12, Pope Tawadros was received by Archbishop Welby at Lambeth Palace and signed the official guestbook with the words “Love Never Ends.”

NEXT: At anniversary Mass, officials recall spiritual roots of Montreal