Catholics, Orthodox must work toward unity in diversity, pope says 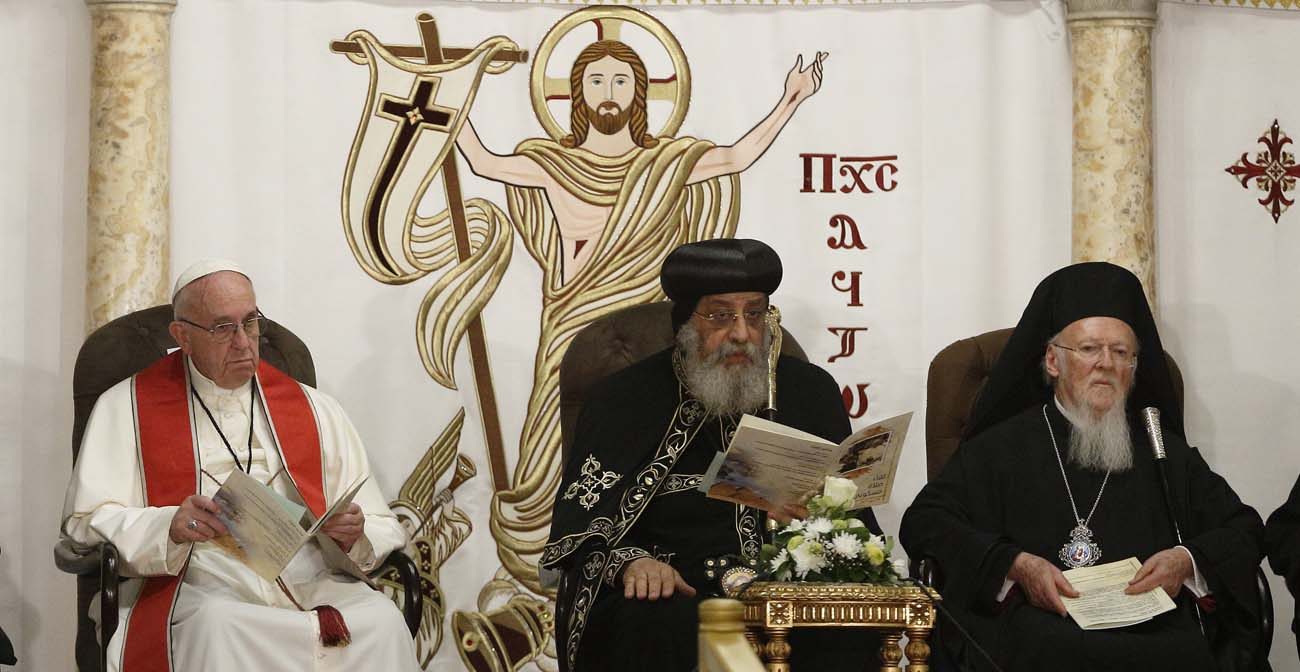 VATICAN CITY (CNS) — In a letter to Coptic Orthodox Pope Tawadros II, Pope Francis said he hoped that both their churches can continue along the path of true unity and communion.

The bond between the Catholic Church and the Coptic Orthodox Church is a reminder “to intensify our common efforts to persevere in the search for visible unity in diversity, under the guidance of the Holy Spirit,” the pope wrote in a letter to the patriarch May 10.

“Along this path, we are sustained by the powerful intercession and example of the martyrs. May we continue to advance together on our journey toward the same eucharistic table, and grow in love and reconciliation,” he said.

The letter commemorated the “Day of friendship between the Coptic Orthodox Church and the Catholic Church,” which marks the 44th anniversary of the first meeting between Blessed Paul VI and Pope Shenouda III.

Recalling his visit April 28-29 to Cairo, Pope Francis expressed his appreciation for the agreement he and Pope Tawadros signed ending a long disagreement between the two churches over the sacrament of baptism.

In the joint declaration, the two leaders declared they “will seek sincerely not to repeat the baptism that has been administered in either of our churches for any person who wishes to join the other.”

Pope Francis said he was “especially grateful that we have strengthened our baptismal unity in the body of Christ.”

He also assured Pope Tawadros of his prayers “for you, and for peace in Egypt and the Middle East.”

“May the Spirit of peace bestow on us an increase of hope, friendship and harmony,” the pope said.