Encounter in Egypt: Trip highlights one of pope’s key teachings 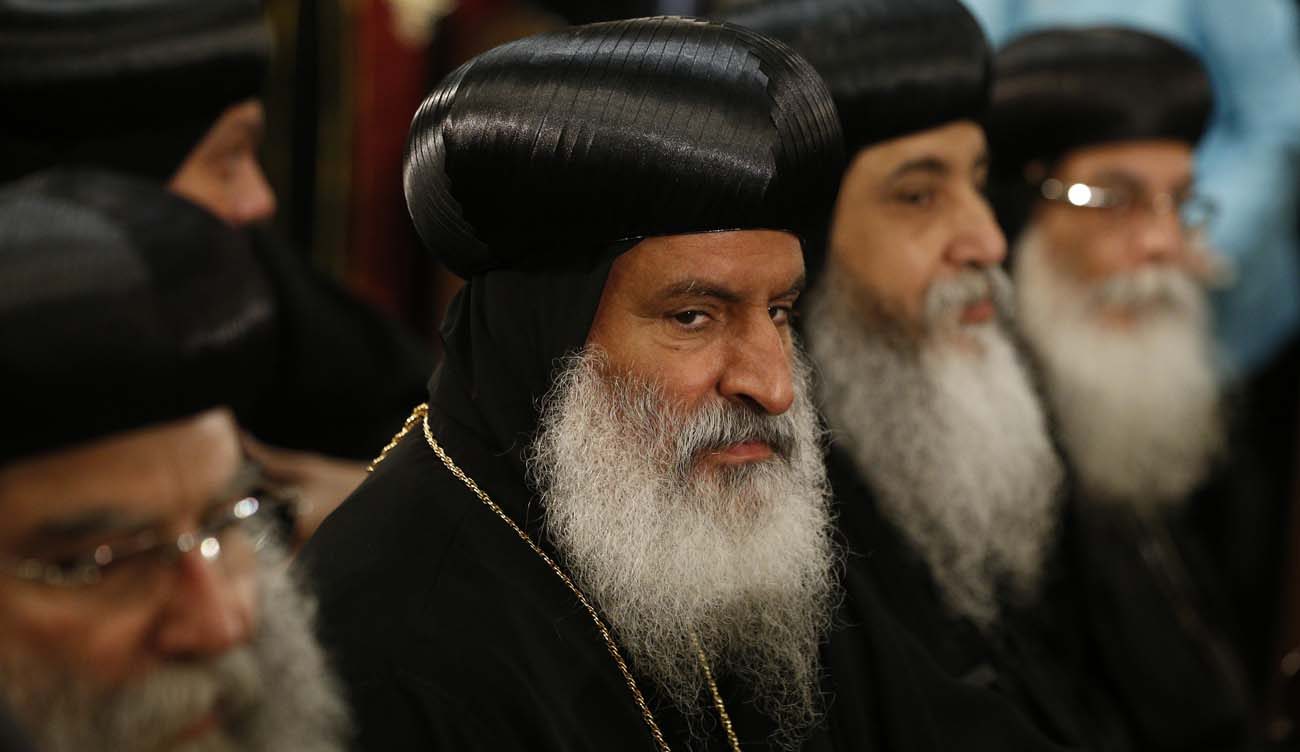 Orthodox clergy wait for the start of an ecumenical prayer service attended by Pope Francis and Coptic Orthodox Pope Tawadros II, in the St. Peter's Church in Cairo April 28. The pope was making a two-day visit to Egypt. (CNS photo/Paul Haring)

VATICAN CITY (CNS) — Encounter. It’s a word Pope Francis uses often and something he insists is the concrete first step toward faith and toward building a better world.

Talking with others and not just about them is key to an authentic encounter, which was at the heart of what Pope Francis did in Egypt April 28-29. The success of the trip proved that meeting and respectfully listening to one person or group does not mean hiding one’s identity, taking sides against anyone or, least of all, pointing out the other’s flaws while pretending to have none of one’s own.

In Cairo, Pope Francis joined with the leader of the world’s premier Sunni Muslim university in insisting that openness to faith is an essential part of the human experience and in denouncing violence blasphemously carried out in the name of religion.

Later that night, with quiet reverence Pope Francis paid tribute to the Coptic Orthodox Church’s modern martyrs, praying before a memorial in Cairo marking the place where 29 people were killed and 31 wounded in December by a suicide bomber.

Pope Francis did not close his eyes to terrorist violence carried out in the name of a fundamentalist reading of Islam. But he took at his word Sheik Ahmad el-Tayeb, the grand imam of al-Azhar University, who opened the conference the day before saying that terrorism “is not justified by Islamic law or the Quran, but stems from greatly unjust policies of domination, hegemony and double standards,” according to the Egypt-based MENA news agency.

Speaking again immediately before Pope Francis addressed the conference April 28, el-Tayeb was applauded when he insisted “Islam is not a religion of terrorism” simply because a minority of people calling themselves Muslims “manipulate” Islamic texts and “misinterpret them ignorantly.”

If the sweeping generalizations about Islam and violence were applied to others, the sheik said, “no religion, regime, civilization or history would stand innocent from (charges of) violence and terrorism.”

When the sheik finished speaking, Pope Francis embraced him tightly as cameras clicked away. The next day a photo of the embrace was on the front page of the Vatican newspaper and of newspapers across Egypt and the Middle East.

Abdal Hakim Murad, who had studied at al-Azhar and is now dean of the U.K.’s Cambridge Muslim College, said, “At a time of great global uncertainty, Francis is looking for a path through a minefield.

“In the Middle East, he seems to know who to reach out to, and one hopes that in time he will become as popular in the Muslim world as was his charismatic predecessor John Paul II,” Murad told Catholic News Service.

The embrace of the pope and the imam and the speeches were not the only things that caught the attention of people in the Middle East.

Pope Francis’ opening words at al-Azhar were “As-salamu alaykum,” which means “peace be with you” in Arabic and is the standard greeting among Muslims, especially at prayer and other religious events.

“During a meeting like this, these words are a religious obligation for us,” Mohammad Sammak, secretary general of the Christian-Muslim Committee for Dialogue in Lebanon, told the news site Vatican Insider. “The pope wanted to say this to all of us in our language. This really touched the hearts and minds of everyone.”

On the eve of Pentecost in 2013, just two months into his pontificate, Pope Francis said that creating “a culture of encounter” is something he always saw as an important part of his ministry and something he believes the church and the world need more than ever.

A culture of encounter, he said, is “a culture of friendship, a culture in which we find brothers and sisters, in which we can speak with those who think differently, as well as those who hold other beliefs, who do not have the same faith.”

“They all have something in common with us: They are images of God, they are children of God,” he said. Creating a culture of encounter is being confident enough to go out “to meet everyone without losing sight of our own position.”

Shying away from such encounters might seem like a prudent and safe way to live, but Pope Francis thinks it is completely unhealthy.

“Being closed and isolated always makes for a stifling, heavy atmosphere, which sooner or later ends up creating sadness and oppression,” he told diplomats in 2014.

Real encounters happen only when people are honest with each other, including about what they believe and how they may be different.

At al-Azhar, Pope Francis, who referred to el-Tayeb as “my brother,” talked about the source of his inspiration for encounter and, ultimately, peacemaking. “For our part, as Christians — and I am a Christian — we cannot truly pray to God the father of all if we treat any people as other than brothers and sisters, for all are created in God’s image,” he said.

And, celebrating Mass April 29 with members of Egypt’s small Catholic community, Pope Francis insisted that being a true Christian means being committed to an encounter with all of one’s brothers and sisters.

True faith, he said in his homily, “makes us see the other not as an enemy to be overcome, but a brother or sister to be loved, served and helped. It spurs us on to spread, defend and live out the culture of encounter, dialogue, respect and fraternity.”

“True faith,” he said, “leads us to protect the rights of others with the same zeal and enthusiasm with which we defend our own.”