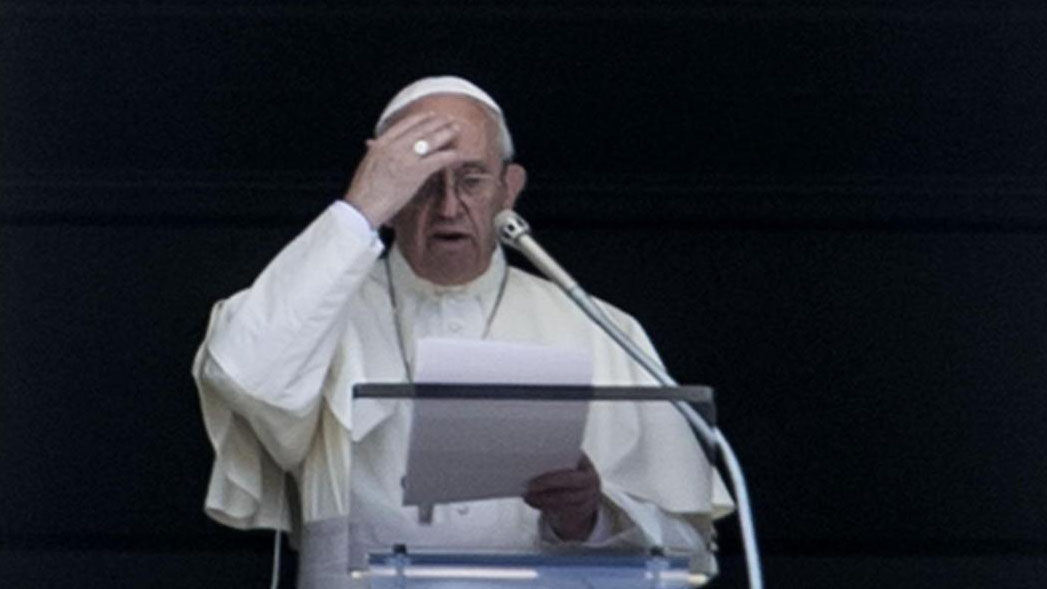 Pope Francis leads the "Regina Coeli" prayer from the window of his studio overlooking St. Peter's Square at the Vatican May 21. (CNS photo/Massimo Percossi, EPA)

VATICAN CITY (CNS) — Pope Francis prayed for an end to armed conflicts between predominantly Christian and predominantly Muslim militias in the Central African Republic that have led to the deaths of innocent civilians and forced thousands to flee.

“I am close to the population as well as the bishops and all those who work for the good of the people and for peaceful coexistence,” the pope said after reciting the “Regina Coeli” prayer at noon May 21 with visitors gathered in St. Peter’s Square.

Clashes between the mostly Muslim Seleka rebels and the mostly Christian anti-Balaka militia took a turn for the worse in the eastern town of Bria May 20. According to the Reuters news agency, 22 people, including 17 civilians, were killed and 10,000 were people forced to flee their homes.

U.N. peacekeeping forces have reinforced the town as well as Bangassou and Alindao, two cities recently struck by violent skirmishes.

The pope urged both sides to end the violent clashes that “threaten the peace process.”

“I pray for the dead and wounded and renew my appeal that the weapons be silenced and that the goodwill of dialogue would prevail to give the country peace and development,” he said.

The pope also prayed for Chinese Catholics embarking May 24 on their annual pilgrimage to the Marian shrine in Shanghai for the feast of Mary, Help of Christians.

Despite close monitoring of the event by government authorities, tens of thousands travel every year to the shrine of Our Lady of Sheshan. In 2007, Pope Benedict XVI declared the date as a world day of prayer for the church in China.

Pope Francis called on Catholics around the world to “unite spiritually with the Catholic faithful in China,” and he prayed that Mary would encourage Catholics “to offer our personal contribution for communion among believers and harmony in society.”

“I say this to the Chinese Catholics: Let us raise our gaze to Mary our Mother so that she may help us discern God’s will regarding the concrete path of the church in China and sustain us in receiving his loving plan with generosity,” the pope said.