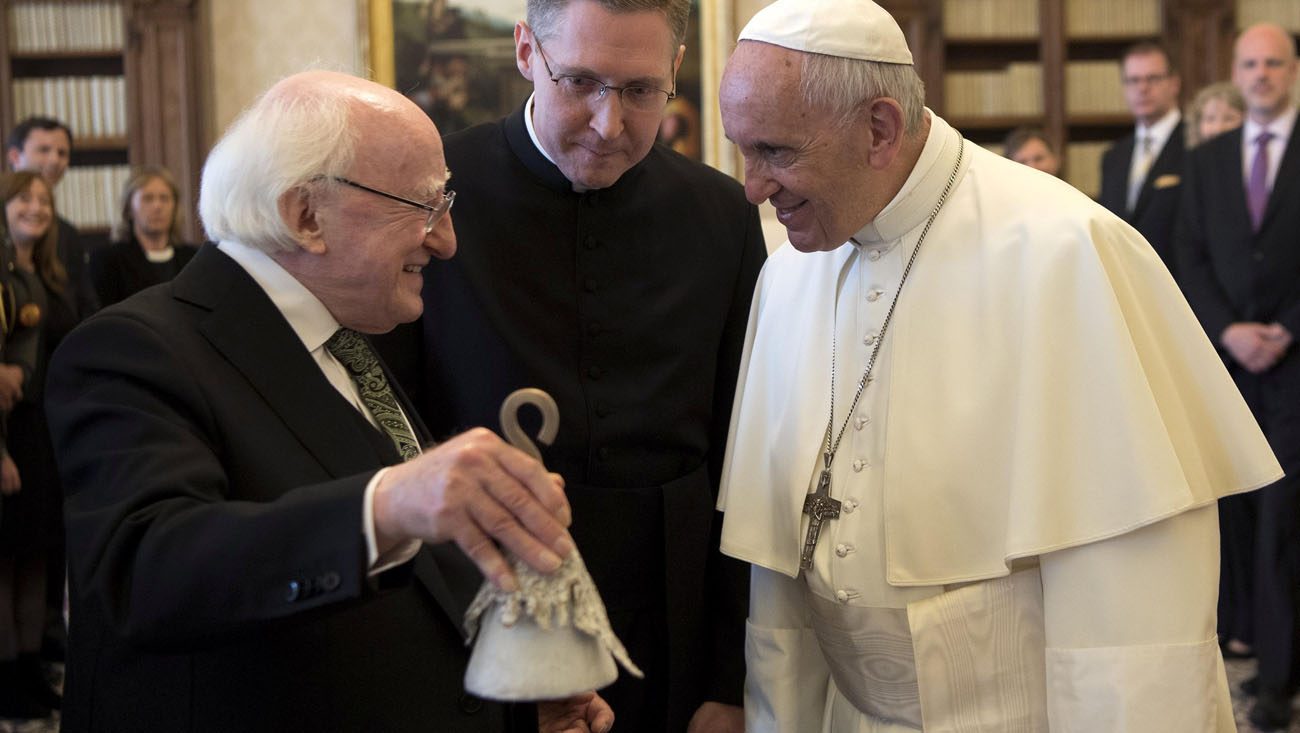 Following a private 15-minute meeting May 22 at the Apostolic Palace, Higgins presented the pope with a gold and white “climate bell.”

Designed by Irish artist and sculptor Vivienne Roche, the bell symbolized the “call to action on climate change,” the president’s office tweeted.

A spokesperson for the president’s office said that ecology and the global threat of climate change are important issues for both leaders, the Irish Times reported.

“The president and Pope Francis spoke of their shared conviction that new connections between ethics, economy and ecology must be at the core of all work of social and intellectual reconstruction in this new century,” said the spokesperson, who was not identified in the Irish Times news story.

“They also agreed that there can be no resolution to the issues we face without an engaged alternative to what the pope has referred to as ‘the globalization of indifference,'” the spokesperson said.

In its statement released after the meeting, the Vatican said the two leaders discussed “several themes of mutual interest, such as the protection of the rights of humanity and its dignity in every stage and condition of life, the issue of migration and the welcome of refugees, safeguarding the environment and sustainable development.”

“Special attention was paid to the young and families. The importance of ethical criteria in facing the challenges of globalization, especially at economic level, was then highlighted,” the Vatican said.

After meeting with the pope, Higgins met with Cardinal Pietro Parolin, Vatican secretary of state, and Archbishop Paul Gallagher, secretary for relations with states.

He also met with Irish clergy and lay staff working at the Vatican at a reception held at the Irish College in Rome where he offered praise for the pope, according to the president’s official Twitter account.

Pope Francis has been “a compelling voice tirelessly awakening us to the web of interdependencies that weaves humanity together,” the president said.

NEXT: Pope: Christians without tenderness, respect are serpents who divide