Pope says Fatima visit is pilgrimage of peace and hope 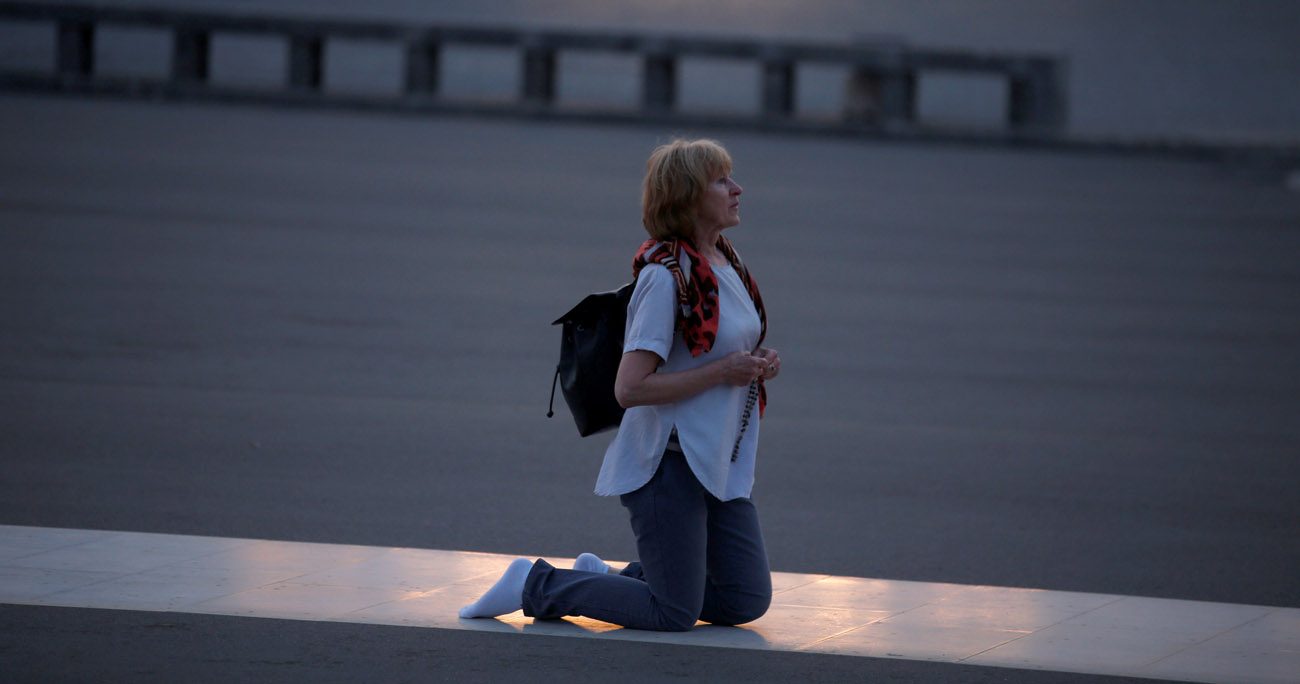 A pilgrim walks on her knees May 8 at the Marian shrine of Fatima in central Portugal. In a video message to the people of Portugal, Pope Francis said he would visit Fatima as a pilgrim of peace and to entrust the world to Mary's immaculate heart. (CNS photo/Rafael Marchante, Reuters)

VATICAN CITY (CNS) — In a video message to the people of Portugal, Pope Francis said he would visit Fatima as a pilgrim of peace and to entrust the world to Mary’s immaculate heart.

“I come to you in the joy of sharing with you the Gospel of hope and peace,” the pope said in the message released by the Vatican May 10.

Pope Francis was to embark on a two-day visit to Fatima May 12-13 to commemorate the 100th anniversary of the Marian apparitions, which began May 13, 1917, when three shepherd children reported seeing the Virgin Mary.

During the visit, the pope was to preside over the canonization ceremony of two of the young seers, Blessed Francisco and Blessed Jacinta Marto.

In his message, the pope thanked the Portuguese people and authorities for understanding his “decision to limit the visit to the moments and acts proper to a pilgrimage to the Shrine of Fatima” at “the feet of the Virgin Mother.”

“I know that you wanted me to come to your houses and communities, your villages and cities,” he said. “Needless to say, I would have liked to accept, but it isn’t possible for me.”

At the site of the apparitions, the pope said he intends to present Mary with a “bouquet of the most beautiful ‘flowers’ that Jesus entrusted to my care: that is, my brothers and sisters from all over the world who were redeemed by his blood.”

“I will give you all to Our Lady, asking her to whisper to each one of you: ‘My Immaculate Heart will be your refuge and the way that will lead you to God,'” the pope said.

Pope Francis said he was grateful to know that the people of Portugal are preparing to accompany him on the pilgrimage through prayer, which “makes our hearts grow and prepares us to receive God’s gifts.”

“Prayer illuminates one’s eyes to know how to see others as God sees them, to love them as he loves them,” the pope said.

NEXT: CELAM to release statement on Venezuela after hearing from its bishops