Priest kidnapped in Yemen pleads for help in video message 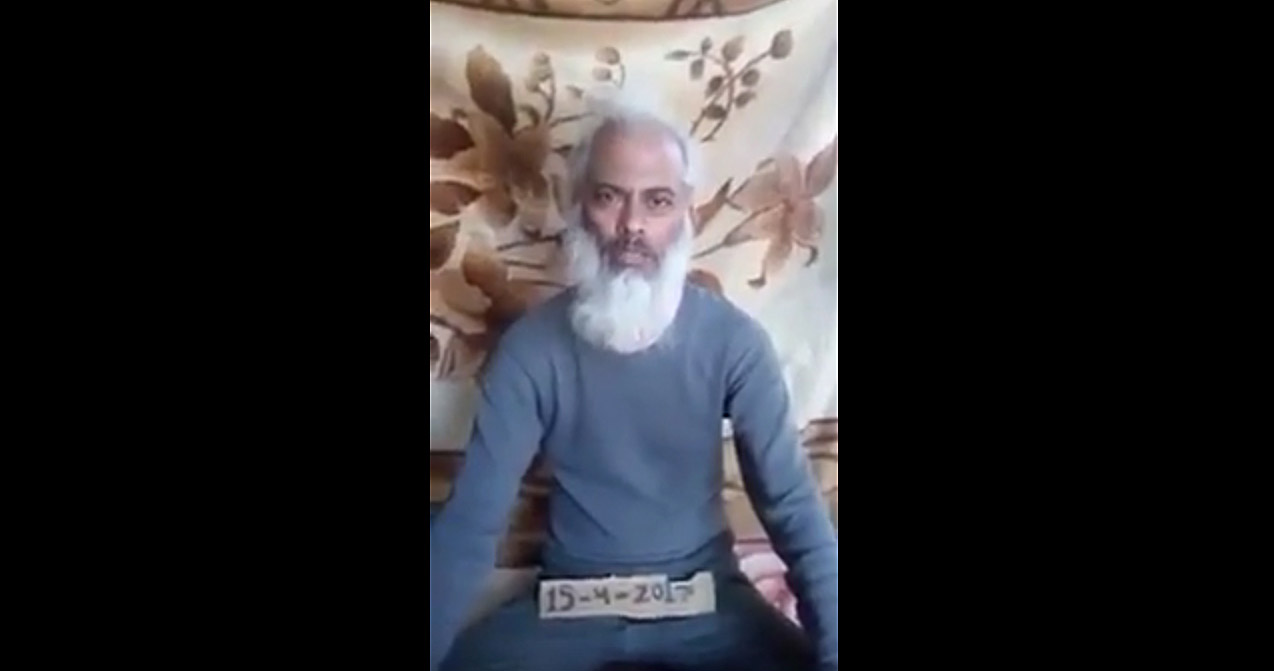 Indian Salesian Father Tom Uzhunnalil, who was kidnapped in Yemen more than a year ago, is seen in a screen grab from a YouTube video. (CNS)

VATICAN CITY (CNS) — Indian Salesian Father Tom Uzhunnalil, who was kidnapped in Yemen more than a year ago, in a video message pleaded for the Indian government and the Catholic Church to do more to secure his release.

The video was posted on YouTube by the news site Aden Time May 8; the heavily bearded and very thin Father Uzhunnalil is shown seated with a cardboard sign in his lap with the date April 15, 2017. A similar video was posted in December.

An official at the Apostolic Vicariate of Southern Arabia, which includes Yemen, said May 9 the person in the video is the kidnapped Salesian, but he would not comment further. Bishop Paul Hinder, the apostolic vicar, is away from the vicariate headquarters in Abu Dhabi, United Arab Emirates, on a pastoral visit.

Father Uzhunnalil was kidnapped in Aden March 4, 2016, in an attack in which four Missionaries of Charity and at least 12 others were killed at a home for the aged.

In a meeting May 3 with Salesian novices studying in Italy, Pope Francis once again offered prayers for the kidnapped priest.

In the new video, Father Uzhunnalil began by stating his name and date of birth and thanking “my dear family people” for their messages of concern, which he said he has received.

Without describing his captors or referring to them as such, he said, “they are treating me well to the extent that they are able.”

“My health condition is deteriorating quickly and I require hospitalization as early as possible,” he said.

Father Uzhunnalil said his captors have contacted Indian government authorities “several times” and the replies, which he said he has seen, were “very, very poor.”

“They also contacted the bishop, bishop of Abu Dhabi,” he said. “There, too, the response was not encouraging. Neither the bishop nor the Indian government authorities ask them what they really want to get me released. It is a poor response, and I am sad about that.”

Asking his family and friends to pressure the authorities, he said, “Please, please, do what you what you can to get me released. May God bless you for that.”

NEXT: Learn to know Jesus’ voice by reading the Bible, pope says