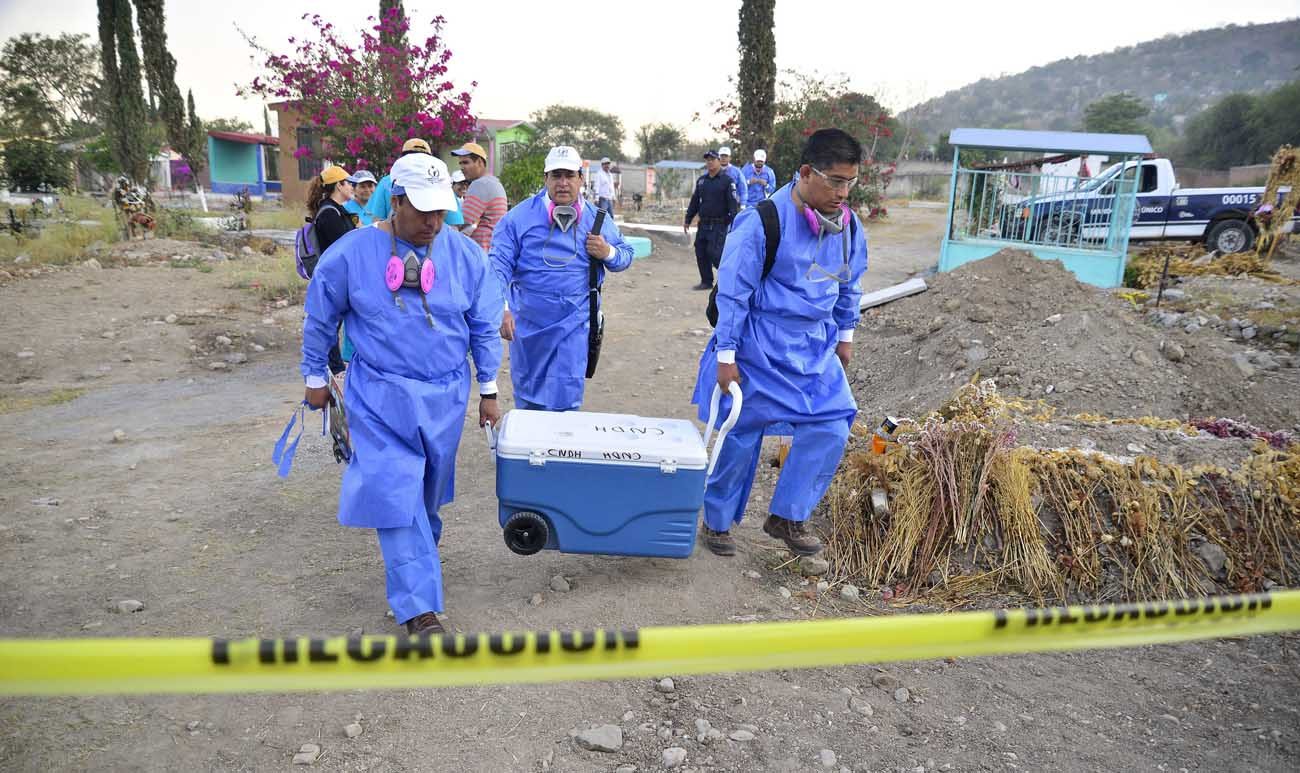 MEXICO CITY (CNS) — The Mexican bishops’ conference has issued a call for action on the cases of the country’s thousands of missing persons, most of whom disappeared during the country’s decades-long drug war and whose bodies are increasingly being unearthed from mass graves.

Many of those graves have been discovered by desperate family members acting on their own and without the assistance of the authorities, who are often accused of showing disinterest in finding the disappeared.

“For close to 10 years we have heard of graves discovered throughout the country. Media have told us continuously of ‘human cemeteries,'” said the bishops’ statement, issued May 5 and signed by the conference secretary-general, Auxiliary Bishop Alfonso Miranda Guardiola of Monterrey.

“Until a few years ago, the cases of disappeared persons were discovered in an isolated way. But now we know that there are disappeared persons in almost all places and at every level,” the statement continued. “We are experiencing a crisis of mistrust and constant fear.”

Mexico has been slow to recognize the crisis of missing people, who number nearly 31,000 over the past 10 years, according to federal figures.

The National Human Rights Commission reports the discovery of at least 855 clandestine graves during that time. Some of the cases have caused scandalous headlines, such as 250 skulls found in a mass grave near the port of Veracruz.

The Catholic Church also has been slow to act on the issue of people who disappeared, drawing accusations of timidity and a preference for not upsetting public officials — especially in Veracruz, though bishops there deny the charges.

“It was a taboo topic,” said Antonio Esparza, director of the Jesuit-run Juan Gerardi Human Rights Center in the northern city of Torreon. “In the context of the violence, it was a dangerous topic.”

Some individual priests and religious have provided pastoral attention since the start, and the operators of migrant shelters have attempted to track the migrants transiting Mexico. Migrants are often preyed upon by crooked public officials and kidnapped by organized crime.

Some Catholics come to national attention for their work, such as Sister Consuelo Morales, who won the human rights commission’s annual award in 2015 for her work with the families of the missing in northern Nuevo Leon state.

A few dioceses — such as Saltillo and Cuernavaca — also have acted.

The diocesan Fray Juan Larios Human Rights Center in Saltillo, 190 miles from the Texas border, has handled more than 500 cases over the past decade in Coahuila state. Families in the state and other parts of Mexico started their own searches after inaction by the authorities.

“Families (previously) didn’t look for graves. They looked for their loved ones alive,” said Esparza. His center, also in Coahuila, has helped families who have scoured the desert and found 4,600 human remains, such as small bone fragments, at a ranch where bodies appeared to have been doused with gasoline and burned in barrels.

“Today they think of the possibility that (their loved ones) might be dead, but also continue to believe that they could be alive,” Esparza said.

NEXT: Priest kidnapped in Yemen pleads for help in video message