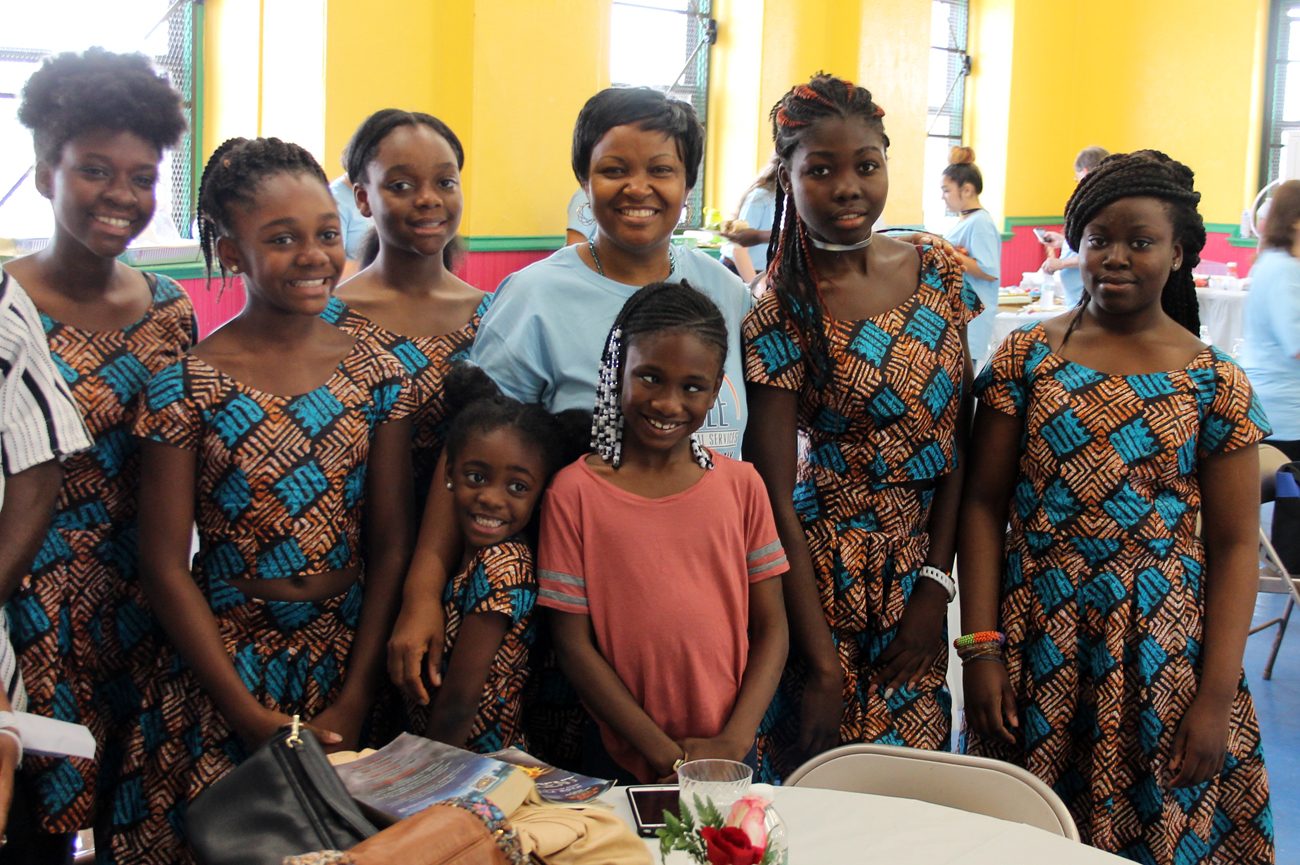 The American-born children of Liberian refugees proudly pose together June 20 at the Family Service Center of Catholic Social Services on June 20.

With all the debate over who should or should not be admitted to America, it is important to remember that most people who are coming do so for the same reasons that the ancestors of today’s native-born Americans came — looking for a better life for their children, escaping war or famine or oppression, and for freedom of conscience and religion.

World Refugee Day was Tuesday, June 20, and in the Philadelphia Archdiocese one of the events celebrated was a welcome reception and luncheon for refugees at the Family Service Center in Chester City, run by archdiocesan Catholic Social Services.

Guests of honor were a newly arrived family of six from Ukraine, a young man from Nigeria and others from around the globe who were sponsored by CSS in the past and now are well acclimated with children born in the United States, including a number of Liberians.

The Ukrainians came from an area of strife generated by the annexation of part of their country by Russia as well as Catholic-Orthodox friction. They were the Dyak family, consisting of Nina, the grandmother; Valeriy and Ada, the parents; and the children, Yuliana, Diana and Serhiy.

Most members of the family have not yet mastered English, but through an interpreter they said they came for religious freedom.

“Right now the Ukrainians are living in Warminster, and it is going extremely well,” said Amy Stoner, the director of Community Based Services at CSS. “We are expecting a family of nine who are coming from Afghanistan. This has been a really heartwarming experience.”

The Philadelphia Archdiocese had a refugee resettlement program for years but it was discontinued at a time when, although there were many people coming to the America, few would qualify as refugees.

Recent unrest has increased the need, and at the request of the United States Conference of Catholic Bishops, the Philadelphia program was reestablished.

But due to new restrictions placed on immigration by the federal government, the archdiocesan program has not at this point resulted in the anticipated number of refugees.

Nevertheless, “there is great satisfaction in seeing folks resettled,” said James Amato, the archdiocesan Secretary for Catholic Human Services, who attended the luncheon.

Not represented at the luncheon were the nine young men from Central Africa and Central America who arrived as unaccompanied minors and are living at Blessed Oscar Romero House in Bensalem, a branch of the archdiocesan St. Francis-St. Vincent Homes for Children.

They have been attending Bensalem High School and as proof of the success of that outreach, three just graduated from an English as a Second Language Program at the high school.

Samuel Abu, the parish volunteer coordinator for the archdiocesan refugee program, knows first-hand the difficulties newcomers face because he too was once a refugee from Liberia.

“We have 2,000 to 3,000 Liberians here,” he said. Many came because of the 1989-2003 civil war in the country on the western coast of Africa.  “They came mostly through the generosity of the American people and they live mostly in Southwest Philadelphia and Delaware County,” he said, adding some came through family reunification or resettlement.

Liberians have special ties to the United States. They trace back to the return of former slaves and freedmen from America to West Africa in the 19th century where they established their new nation.

Momolu Siryon, also a native Liberian, administers the refugee program at Catholic Social Services in Chester. They have also received newcomers from Morocco and Sudan, he explained, with more expected from other countries.

“We welcome everybody,” he said.

The initial contract through the USCCB runs for only 90 days, but as a practical matter the newcomers may be served through other programs for up to five years, as they become acclimated to America.

Support from the wider community is important, and along with the Catholic Social Services staff others were at the luncheon, including Father Anthony Orth, pastor of St. Gabriel Parish in Norwood, who gave an opening prayer. His parish has a strong outreach program.

Two Sisters of the Holy Family of Nazareth, Sister Virginia and Sister Susan, were at the luncheon in an unofficial capacity.

“We came because Family is our middle name,” Sister Virginia said. “We collected gift cards that can be given to the people and hope we can lessen the fear about accepting refugees. Looking at the commitment here is a beautiful thing.” 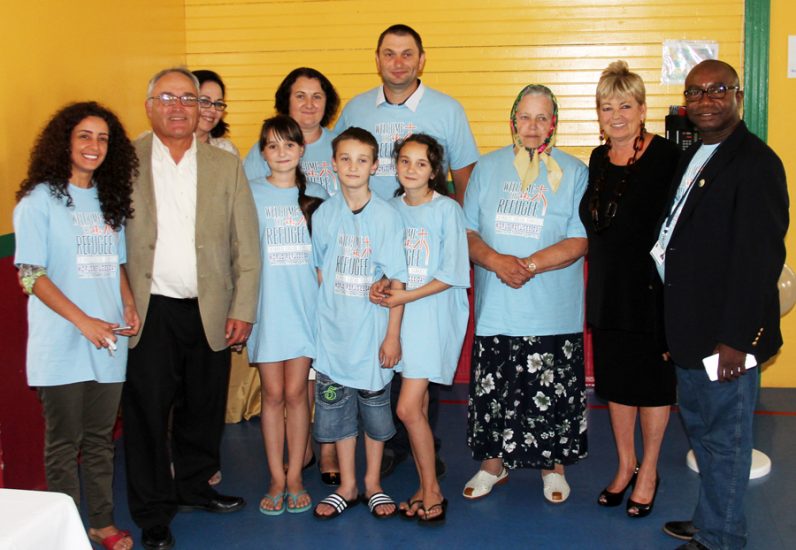 NEXT: Addicts find shelter, and mercy, in former city church