Archbishop Broglio asks prayers for those who perished in ship collision 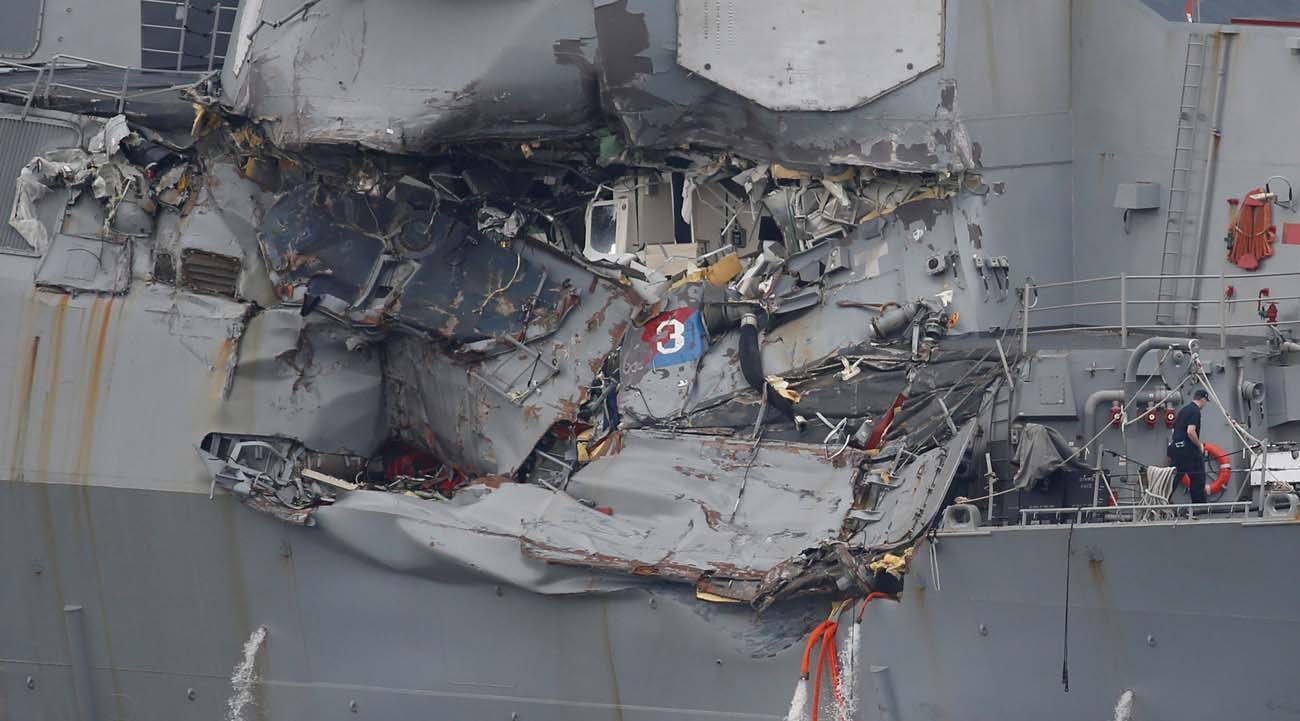 The USS Fitzgerald guided-missile destroyer, damaged by colliding with a Philippine-flagged merchant vessel, is seen June 18 at the U.S. Navy base in Yokosuka, Japan. Seven U.S. sailors aboard the Fitzgerald died. Archbishop Timothy P. Broglio of the U.S. Archdiocese of the Military Services said June 21 he was "deeply saddened by the tragic loss of life" and asked all Catholics to remember the sailors and their families in their prayers. (CNS photo/Toru Hanai,Reuters)

WASHINGTON (CNS) — The head of the U.S. military archdiocese June 20 expressed sorrow for the lives lost in “the tragic ship collision” involving the USS Fitzgerald off the coast of Japan.

Seven sailors died aboard the U.S. Navy guided-missile destroyer, which collided with a Philippine-flagged merchant vessel early in the morning June 17. Hours later, their bodies were found in flooded berthing compartments.

“Deeply saddened by the tragic loss of life on the USS Fitzgerald, I ask all of the faithful to remember in prayer the victims and their families,” said Archbishop Timothy P. Broglio of the U.S. Archdiocese for the Military Services. “My heart also goes out to all of the members of the crew who not only lost their esteemed shipmates, but also all of the personal belongings they had on board with them.”

The damaged destroyer remained anchored at the U.S. Navy base in Yokosuka, Japan, while an investigation was underway to determine how the collision happened. AP reported that experts “generally agree that the Philippine-flagged container ship was likely trying to pass the destroyer from behind when the two collided.”

In his statement, Archbishop Broglio said the Navy community at Yokosuka “has responded with great care in attempting to meet the physical, psychological, and spiritual needs of those who survived the collision. May Almighty God give them continued fortitude in the days ahead.”

“I express my heartfelt sympathy to the families whose loved ones perished in this unfortunate incident,” he added.