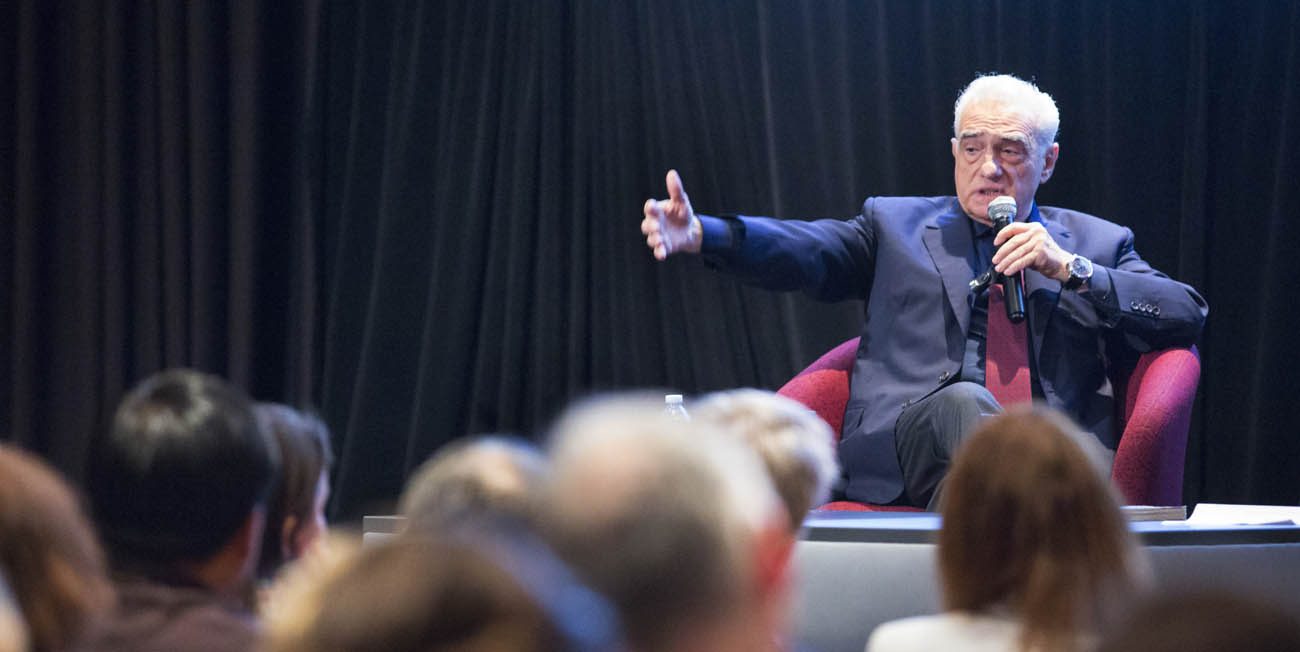 QUEBEC CITY (CNS) — Faith and films have been lifelong obsessions for director Martin Scorsese, obsessions that he said have given him moments of peace amid turmoil, but also challenges and frustrations that, in hindsight, he will accept as lessons in humility.

“For me, the stories have always been about how we should live who we are, and have a lot to do with love, trust and betrayal,” he said, explaining that those themes have been with him since his boyhood spent in the rambunctious tenements of New York and in the peace of the city’s St. Patrick’s Old Cathedral, where he was an altar server.

Scorsese spoke June 21 in Quebec City at a joint session of the Catholic Press Association’s Catholic Media Convention and the world congress of Signis, the international association of Catholic media professionals. That evening, both groups presented him with a lifetime achievement award for excellence in filmmaking.

Before Scorsese answered questions posed by author Paul Elie, conference participants watched his film “Silence,” which is based on the novel by Shusaku Endo. The book and film are a fictionalized account of the persecution of Christians in 17th-century Japan; the central figures are Jesuit missionaries, who are ordered to deny the faith or face death after witnessing the death of their parishioners.

Although “Silence” was not nearly as controversial as his 1988 film, “The Last Temptation of Christ,” Scorsese said the two films are connected and not just because an Episcopalian bishop gave him Endo’s book after seeing the 1988 film.

Even before filming began on “The Last Temptation of Christ,” which is based on a novel by Nikos Kazantzakis and explores the human side of Jesus, people were writing letters to the studio and producers complaining about plans to bring it to the big screen.

Recounting the story, Scorsese said a studio executive asked him why he wanted so badly to make the film.

“To get to know Jesus better,” Scorsese said he blurted out. “That was the answer that came to mind. I didn’t know what else to say.”

If one affirms that Jesus is fully divine and fully human, he said, people should be able to look at his humanity.

But Scorsese told his Quebec City audience that his explorations of who Jesus is and what faith really means were by no means exhausted by “The Last Temptation of Christ.”

“The journey is much more involved,” Scorsese said. “It’s just not finished.”

In reading Endo’s novel, working on and off for two decades to make the film and in finally bringing it to completion, Scorsese said he was “looking for the core of faith.”

The climax of the film is when one of the Jesuits gives in and, in order to save his faithful who are being tortured, he tramples a religious image. However, the character believes that act of official apostasy is, in reality, a higher form of faith because, by sacrificing his own soul, he is saving the lives of others.

“It’s almost like a special gift to be called on to face that challenge, because he is given an opportunity to really go beyond and to really get to the core of faith and Christianity,” Scorsese said.

In the end, the priest “has nothing left to be proud of” — not his faith or his courage — and “it’s just pure selflessness,” the director said. “It’s like a gift for him.”

“I think there is no doubt it is a believer’s movie,” he said. “At least for me.”