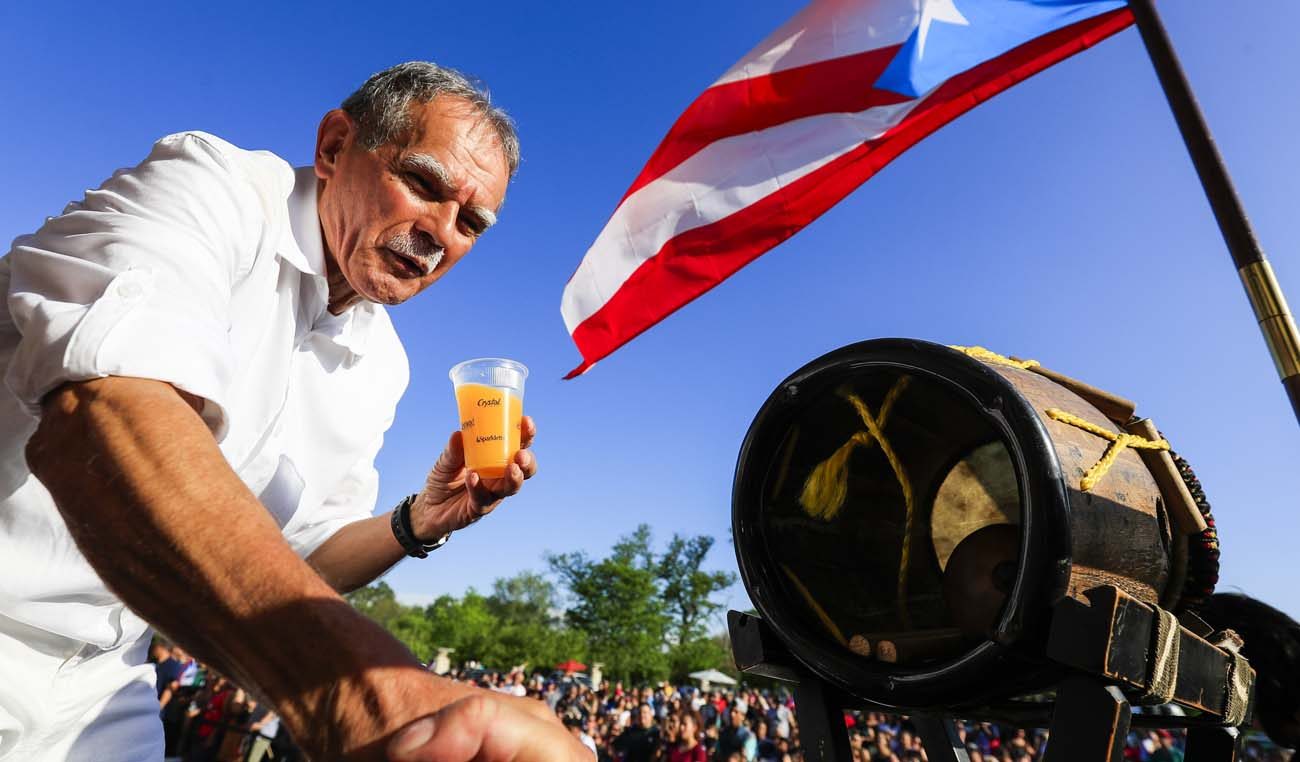 SAN JUAN, Puerto Rico (CNS) — At a religious rally last January, the Puerto Rico Ecumenical and Interreligious Coalition made a public promise to a Puerto Rican prisoner he would be welcomed at a second event after he was released.

“At the event at Colon Square in January we made a promise to gather again to celebrate the release of our brother Oscar,” said Bishop Vera Mendez during his message. “That’s why we are, in this faith encounter, to thank God for the release of this brother, who was jailed for 35 years. … One more day would have been 36.”

Lopez Rivera, a decorated Vietnam veteran, was serving a 70-year sentence for seditious conspiracy. The charges stemmed from his participation in the Armed Forces of National Liberation, a group responsible for several bombings in the U.S. demanding Puerto Rico’s political freedom. No direct evidence connected him with the blasts.

“He has sent me to proclaim liberty to captives and recovery of sight to the blind, to let the oppressed go free,” Archbishop Gonzalez Nieves said, quoting the Gospel to welcome Lopez Rivera. “The risen Christ sends us to look at every human condition that pertains to human beings by the principles of the Gospel. Oscar received a disproportionate sentence, falling into exaggeration, injustice. … Today we thank God for Oscar’s release”.

At a Jan. 13 new conference, Archbishop Gonzalez Nieves reported the Vatican’s support for Lopez Rivera’s release. “Pope Francis has joined us and supports the petition,” he said. “Two years ago a group of us sent him the petition, and (he) accepted it.”

The archbishop added the pope had made no public statements on the matter, which he explained is customary for political affairs. However, he acknowledged knowing that “some initiatives have been made through diplomatic channels.”

Bishop Lozada Montanez and Rev. Santana Melecio’s remarks at the ecumenical celebration were a mix of religious and political statements.

After reading a Gospel passage and prompting those in attendance with the call “the word of God” increasingly loud, he said with a fiery tone: “The people have to answer proudly that the proclaimed word is liberation; the Gospel is liberation.”.

“Oscar, they could never imprison your spirit,” Bishop Lozada Montanez continued. “When one believes and lives in the Gospel of Christ, one will always be acting in freedom.”

Lopez Rivera spoke calmly, starting with an anecdote from his military service in Vietnam. He told of a military chaplain who “arrogantly and insensibly” verbally abused a fellow soldier who wanted to be officially declared a conscientious objector for not wanting to kill other human beings.

“From that moment on, 1967, I separated from the church,” said Lopez Rivera. “Today, I’m at a church, and with all my heart I want to echo Msgr. Gonzalez Nieves’ words … that have something that belongs to us all: the love that unites us.” He added his gratitude for all others at the altar.

His release has sparked controversy in the U.S. and Puerto Rico. He has been called a terrorist, a patriot, a freedom fighter, and a prisoner of conscience.

Among those who consider him a terrorist are the opponents of honors for Lopez Rivera scheduled for the annual Puerto Rican Day Parade in New York. Several groups announced they will boycott the June 11 event because its organizers will honor Lopez Rivera as a “National Freedom Hero.” Boycotters include an association of Hispanic New York City police officers.

When he was in office, President Bill Clinton considered as disproportionate the sentences given to Lopez Rivera and others from his group. After Clinton granted clemency to some of them in 1999, Lopez Rivera did not accept it because it did not include all of them.

PREVIOUS: Medieval traditions used by Luther to form his stance on justification