Gregory: Bishops ‘can never say we are sorry enough’ for tragedy of abuse 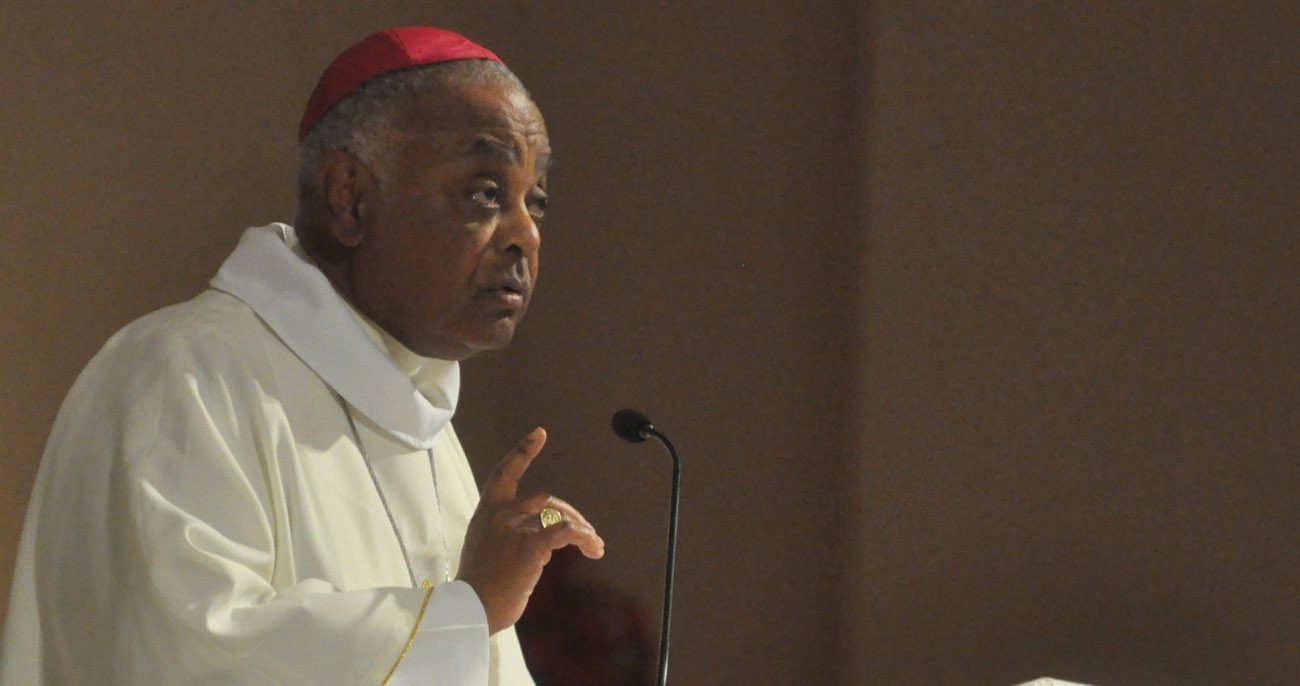 INDIANAPOLIS (CNS) — Standing before some 200 bishops from across the country, Atlanta Archbishop Wilton D. Gregory said that “we can never say that we are sorry enough for the share that we have had in this tragedy of broken fidelity and trust” in the clergy sexual abuse crisis in the Catholic Church.

He made this sober observation in a homily during a June 14 Mass at SS. Peter and Paul Cathedral in Indianapolis on the opening day of the U.S. bishops’ spring meeting.

The liturgy was a response to a call from Pope Francis to episcopal conferences around the world to observe a “Day of Prayer and Penance” for survivors of sexual abuse within the church.

Cardinal Daniel N. DiNardo of Galveston-Houston, president of the U.S. Conference of Catholic Bishops, was the principal celebrant of the Mass and spoke about the pope’s call at the start of the liturgy.

“Today, there is a special urgency to our prayer,” Cardinal DiNardo said. “The Holy Father has asked that all episcopal conferences offer a Day of Prayer and Penance for victims and survivors of sexual abuse.

“In solidarity with our brother bishops around the world, we acknowledge the sins that have occurred and ask forgiveness from and healing of those who have suffered abuse at the hands of those who should have been protecting and caring for them.”

At the end of the Mass, the bishops, in a sign of penance, knelt while praying a prayer of healing and forgiveness for the victims of sexual abuse in the church.

“At this Mass,” Archbishop Gregory said in his homily, “we bishops humbly and sincerely ask for the forgiveness of those who have been harmed, scandalized or dispirited by events that, even if they happened many years ago, remain ongoing sources of anguish for them and for those who love them.”

The liturgy took place 15 years after U.S. bishops, in response to revelations about the clergy sexual abuse crisis in the church, approved the “Charter for the Protection of Children and Young People,” which expressed the responsibility of Church leaders to reach out to abuse victims and offer them means for healing and reconciliation.

Archbishop Gregory was USSCB president at the time of the charter was approved in 2002.

“We humbly seek forgiveness from the faith-filled people of our church and from our society at large,” he said, “and especially from those whose lives may have been devastated by our failure to care adequately for the little ones entrusted to us and for any decision that we made or should have made that exacerbated the sorrow and heartache that the entire church has felt and continues to feel — for what we have done, and for what we have failed to do.”

The charter established church procedures to ensure the care of victims of sexual abuse within the Catholic Church; that justice be pursued for them; and the prevention of such abuse now and in the future.

Earlier in the day, the bishops heard a report on the continuing implementation of the charter and annual audits of local dioceses across the country to evaluate their compliance with it.

“They are sincere, state-of-the-art and effective,” Archbishop Gregory said of the charter’s procedures in his homily. “Nevertheless, this expression of our sorrow is far more important at this time, in this place, than any administrative process or training effort, however beneficial to the church and to the world.”

The Mass on the “Day of Prayer and Penance” was an expression, Archbishop Gregory said that “ultimately it must be the Lord himself who heals and reconciles the hearts of those who live with the pain of God’s law unheeded. For that grace, with sincere hearts, with contrite spirits and with a renewed promise to protect, we simply pray this evening.”

The bishops were joined at the Mass by many Catholics from the Archdiocese of Indianapolis as well as USCCB staff members.

Tom Spencer, a member of St. Luke the Evangelist Parish in Indianapolis, worshipped at the Mass and was impressed by the gesture of penance made by the country’s bishops.

“It was very powerful,” said Spencer after the liturgy. “I think that it’s a very powerful statement. I hope that the broader church sees it as a great effort on their part to bring about healing, to listen to the folks who have been abused and to offer our prayer and sacrifice for them to help them heal.”

NEXT: Conversation, listening essential for upcoming synod on youth, vocations