Christ seeks the 1 lost sheep; evangelizer seeks the other 99 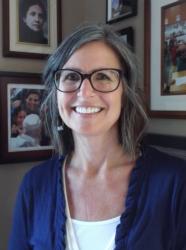 WASHINGTON (CNS) — Cindy Black’s copy of “Evangelii Gaudium” — Pope Francis’ apostolic exhortation on the church’s mission to evangelize the modern world — is worn from use, marked up and with notes in it.

Black, executive director of Redeemer Radio, a Catholic radio station based in Fort Wayne, Indiana, said she is inspired overall by the 2013 text, which she considers a guide, but one sentence particularly stops her in her tracks.

The line, from paragraph 49 reads: “If something should rightly disturb us and trouble our consciences, it is the fact that so many of our brothers and sisters are living without the strength, light and consolation born of friendship with Jesus Christ, without a community of faith to support them, without meaning and a goal in life.”

That quote, for her, sums up why Catholics need to share their faith and it has been her own motivation in recent years. She also takes to heart a message Capuchin Father Raniero Cantalamessa, preacher of the papal household, said years ago in a homily about the parable of the lost sheep. He suggested viewing the parable differently when thinking about the modern church — not that a shepherd leaves his flock of 99 sheep to find the one that is lost but that 99 sheep are lost and one remains.

“The danger for us is to spend all our time nourishing this one remaining sheep and not to have time — also because of the scarcity of clergy — to seek out those who are lost. The contribution of the laity in this situation seems providential,” he said in his Advent homily.

Black said she tells “anyone who will listen” that story, emphasizing that Catholics need to find some way to reach out beyond those already in the church which requires re-thinking the way things are usually done.

Unpacking more of what the pope is saying in “Evangelii Gaudium” or “Joy of the Gospel” and gaining a deeper understanding of how Catholics can effectively evangelize in the modern word is something Black hopes to gain during the “Convocation of Catholic Leaders: The Joy of the Gospel in America” in Orlando, Florida, July 1-4.

The Fort Wayne native and mother of two is attending the convocation, sponsored by the U.S. Conference of Catholic Bishops, with a delegation from the Diocese of Fort Wayne-South Bend. In a June 5 interview with Catholic News Service, she said she hopes delegates are “open to the Holy Spirit” and willing to be reinvigorated in their mission.

She has been to enough conferences over the years in her work at the Indiana diocese in adult faith formation, youth ministry and evangelization offices to wonder: “How many times can we strengthen the same people over and over?”

She hopes the convocation will not be so much about making the 3,000 delegates stronger in their faith but equipping them to go back and enliven their parishes and ministries and reach out to those no longer in the church, especially young adults.

At Redeemer Radio, where she has worked for a year and a half, in her work in diocesan ministries for about a decade and anecdotally among friends and parishioners, Black often has had people ask her for prayers for their grown sons or daughters who no longer go to church.

This is not an isolated trend either. She points out that the church has an 85 percent attrition rate for young adults, adding that it is no different for people who attended Catholic schools, went on missions, or not. As she sees it, the church needs to really face this fact and listen to these young people to find out what prompted them to walk away. To reverse this trend, she said, church leaders are going to have to make changes, take risks and try new things.

That’s what Pope Francis is calling us to, she said, to go out not with the idea that “we have the truth in the upper hand” but to recognize where others are in their faith journey and to get them to a deeper relationship with Jesus.

When she applied for the job at the Catholic radio station, she was already accustomed to reaching out beyond the parish walls. She said in her interview: “If your goal is to pat the one (sheep) on the back, I’m not your person.”

Instead, she hoped to challenge the listener, those on the peripheries that just happen to tune in, which is something she hopes will only be further reinforced at the convocation.

NEXT: Priest’s love of cars helps raise funds for vocations in poorest diocese