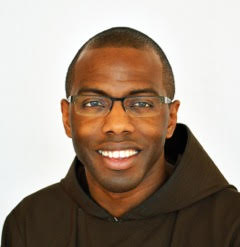 Father Owens, a Philadelphia born and bred native and a Capuchin Franciscan priest, has been named director of the archdiocesan Office for Black Catholics, effective July 1. Ordained in 2013, he has been serving as a parochial vicar at St. Joseph Parish in York, Pa.

He succeeds Deacon William Bradley as director of the office, a post he has held for six years.

Father Owens is the eldest of the three children of Richard and Mary Owens, and he is originally from the former Our Lady of the Holy Souls Parish and then Our Lady of Hope Parish in North Philadelphia.

He is a graduate of Mercy Vocational School (now Mercy Career and Technical School) where he had studied business administration and continued on to La Salle University where he received a degree in management and information systems. He worked for a mortgage firm for two years before entering the Order of Friars Minor, Capuchins.

The seed of his religious vocation really traces back to Mercy Tech and the Sisters of Mercy, especially Sister Ann Provost and Sister Raymond Mary.

“After seeing their communal life and their being sustained by community, I started to think about it,” he said.

If he were to enter religious life he really wanted a community that had both congregational life and strong social outreach programs. Among those he looked at were the Christian Brothers who conducted La Salle, the Vincentians, the Dominicans and the Josephites, who have a special African American focus. 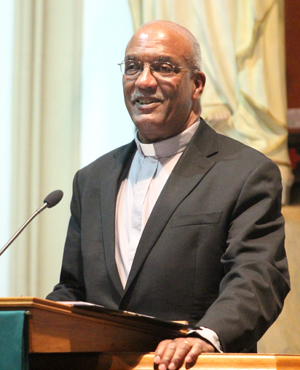 Deacon William Bradley is retiring after serving for six years as director of the archdiocese Office for Black Catholics.

Not far from La Salle is the Carmelite Monastery, and it was there one of the nuns advised him to go see Capuchin Father Tom Betz, who was in residence at St. John the Evangelist Church in downtown Philadelphia.

When he went there he stopped in for a Mass that was being celebrated by Father Frank Yakobi.

The gist of his homily was, “If God is calling you to religious life, for God’s sake, answer the call.” That gave Father Owens the extra push he needed.

After his visit with Father Betz, he traveled to Baltimore where the Capuchins conducted another parish.

He was impressed by the prayer life and sense of community of the friars and how the pastor was really invested in his parishioners.

In 2005 he entered the Capuchins as a postulant and for a year he lived at Our Lady of the Blessed Sacrament Parish in Philadelphia and did secretarial work at Hope Partnership, a middle school initiative conducted by the Sisters of Mercy.

This was followed by a year at St. Conrad Friary in Allison Park, near Pittsburgh, then theology studies at the Catholic University of America in Washington, D.C., and residence at the nearby Capuchin House of Studies. He made his simple vows in 2007 and his perpetual vows in 2011.

After he was ordained a deacon in 2013 he was assigned to the Capuchin twinned parishes of St. Cecilia, Rochester, Pa. and St. Felix Parish, Freedom, Pa.

When he was ordained in 2014 he could look back on a journey that had fulfilled his expectations for ministry and community life. St. Joseph Parish, his most recent assignment, was a very large and prosperous suburban multinational parish with many activities, probably somewhat different than the challenges he will now face in Philadelphia.

Although he will be living at St. John the Evangelist Parish among his confreres, his ministry will be diocesan-wide.

“My first duty will be to accompany delegates to the Black Catholic Congress in Orlando,” Father Owens said.

“My goal in the first year is just listening to the people and meeting pastors and people in the community, he said. “I’m grateful to Archbishop Chaput for the invitation to return for this important ministry.”

He might have to change some habits, he admits. For example there will probably be no seven-minute homilies.

Many Black Catholics come out of a Baptist tradition where the preaching is central, unlike Catholicism where the Eucharist is emphasized more than the homily.

There is also the challenge of retaining members, a challenge that may be even greater in the black community than it has been among the white congregations in this generation.

From his own experience Father Owens knows friends who served as altar boys with him who no longer attend a Catholic church. This was not so in the past; his own family, which came to Philadelphia from South Carolina, had a history of staunch Catholicism.

“Even in the era of pervasive prejudice and strict segregation, when African Americans could not worship with Caucasians, they remained faithful,” he said.

This generation has to draw from that tradition, Father Owens believes. “We, the younger Catholics, are standing on the shoulders of those who went before us and we have to tap into that tradition,” he said.

It’s a tall challenge, but with God’s help, priests and nuns and lay people who believe this, Father Owens may be able to accomplish much.

NEXT: Kidney donation leads to deacon’s ordination and fast friendship